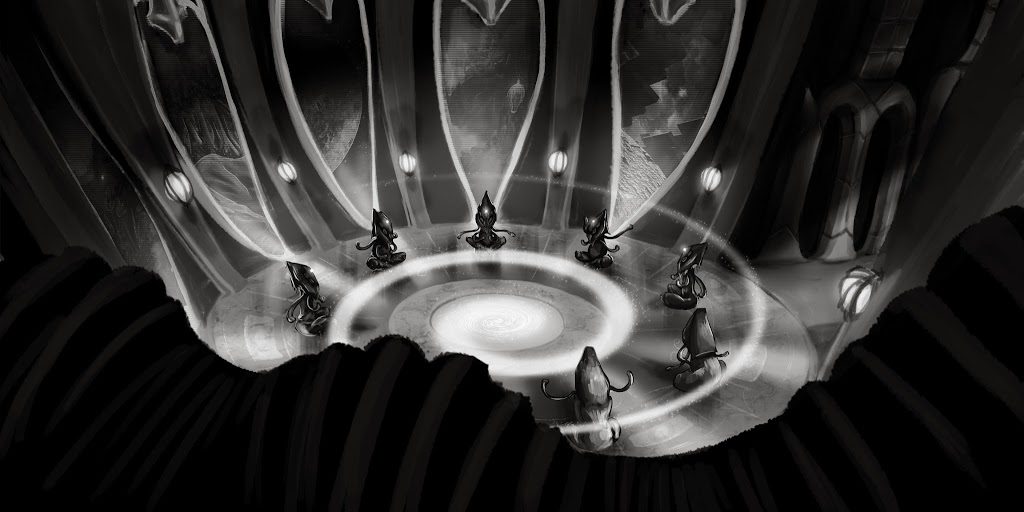 The Last Federation is a really unique game in that it is a strategy/tactics game set inside a simulation game.  Check out our first sneak preview about it, or our preview discussing simulations in the game.  Also our recent podcast with Space Game Junkie with lots of other details, the guide to aliens in the game, the description of your role as an independent agent in the solar system, and portraits of the first four alien races.  Oh, and the forums for the game are filled with lots of other detailed tidbits, too.

Hey folks, so the last of the alien portrait black-and-whites are now complete, and I wanted to share those with you.  Last time I shared the first four (Acutian, Andor, Boarine, Burlust), and this time we have the rest.  Honestly I love every single race in this game for various reasons, but this current batch of four are some of my favorites.

As a reminder, these are the screens that you see when you are dealing with the races politically: 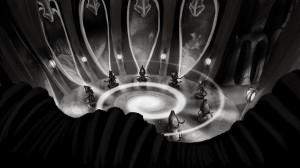 The Evuck council of elders.  These 7 preside over any and all evuck planets in the solar system. 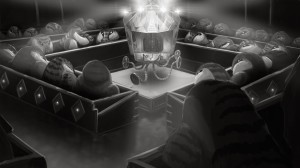 The Peltian collective at a planet.  These guys are basically communist farmer ewoks. 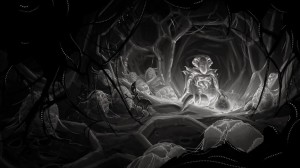 The Thoraxian hive queen of a planet, and some of her workers.  These guys are monsters. 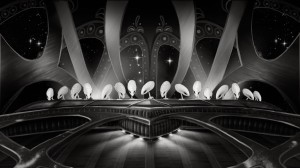