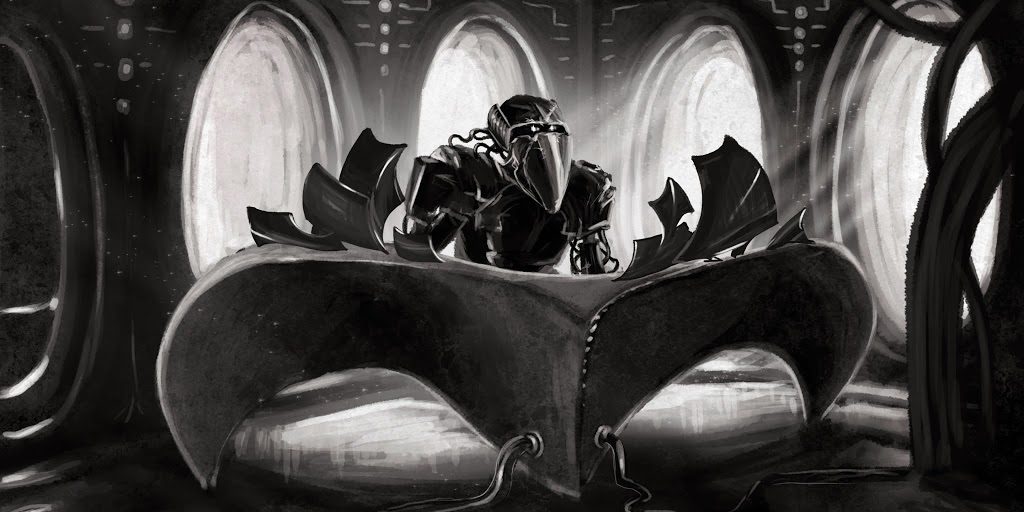 The Last Federation is a really unique game in that it is a strategy/tactics game set inside a simulation game.  Check out our first sneak preview about it, or our preview discussing simulations in the game.  Also our recent podcast with Space Game Junkie with lots of other details, the guide to aliens in the game, and the description of your role as an independent agent in the solar system.  Oh, and the forums for the game are filled with lots of other detailed tidbits, too.

Hey all, I’ve been wanting to write a blog post explaining some of the ways in which the “butterfly effect” shows up in the game, but I just haven’t had the time yet.  I’ll try to do that before too long, but I’ve just been too wrapped up in working on the game right now.

Work is also still proceeding really well on the visuals of the combat screen, but we’re not quite to the point of being able to show you a final version of the full GUI.  Getting there, and I’m super excited about how excited about how it is turning out, so that will be something to show soon.

In the meantime, I thought you might enjoy seeing some more of the alien portraits that are now finished-aside-from-color.  As previously noted, there are 8 alien races, and each one is really unique both in feel and in how you deal with them politically (and how they deal with each other, etc).

When you go to visit a planet controlled by an alien race, you see a politics screen that lets you interact with them in a variety of ways.  Rather than just being a boring menu, we have this set up to show with a background showing a scene of the aliens you are negotiating with at the time.  It really helps to extend the sense of mood and place as you are interacting with them, which I’m really excited about.

Here’s the four that are done so far: 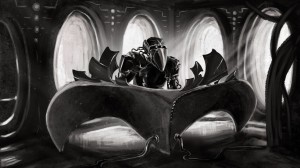 Talking with one of the Acutian (industrial robotic race) business executives from a planet.

Talking with the parliament of the Andors (utopian robotic race) of a planet. 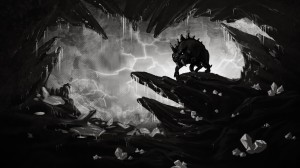 Talking with the Boarine (menacing loner ice-beast race) regent of a planet. 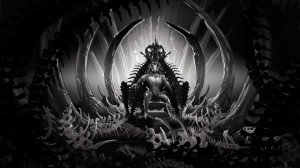 Talking with one of the Burlust warlords on a planet.  These guys are super warlike and scary.
About The Private Alpha
Folks on our forums have been really anxious for the private alpha, and I do have some news on that.  We won’t be starting that in December as originally planned, but instead will start that right at the start of January, with a mid-February 1.0 release date.
Why the delay?  Well, we’re still trying to get as much as possible both implemented and polished so that the first alpha experience isn’t a wasted one in terms of telling us things we already know.  But also, with the holidays coming up, we don’t want to start an alpha and then immediately go on a weeklong break and lose momentum with the alpha players.  Or worse, feel the pressure to be constantly trying to talk and work on the alpha over the break, ick.  Our wives/husbands/SOs would kill us!
This is unquestionably our biggest game ever in terms of depth and design of the game world.  Holy guacamole is it detailed in a way that really excites me.  It’s still way easier to get into than AI War, though I’m not sure it’s going to be any easier to actually win.  That’s hard for us to gauge well since we are so familiar with the game, so it will be interesting to find out during the alpha.
Anyway, things are proceeding really well, and we’re still super excited to share more info with you.  More will be coming soon, I promise!
Categories: Art, Newsworthy, The Last FederationBy Chris McElligott ParkDecember 5, 2013Leave a comment