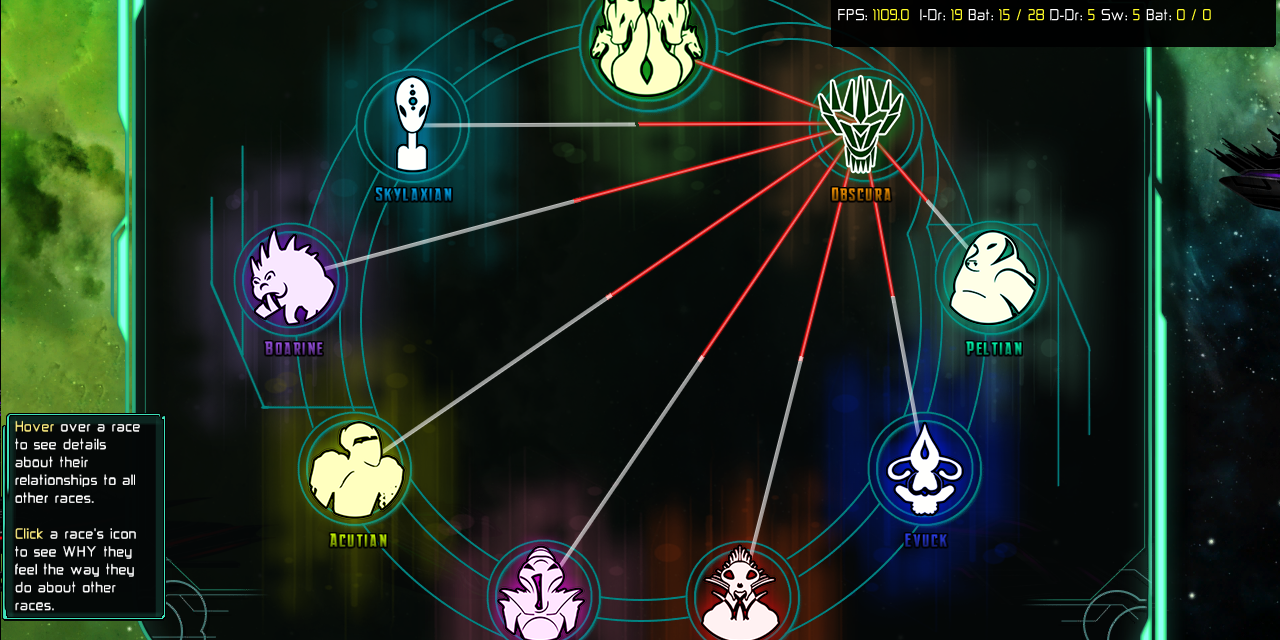 Version 1.701 has polish for the base game and the expansion.

The Obscura ships now behave a bit better with their AI — previously, in some cases they could act kind of funky in groups, but that should no longer be the case.

Spy probes in the deliver spacefaring tech missions have been tuned some more, too.  Particularly for the upper difficulties, these are now actually possible — the last release didn’t help much on that score because of the sheer volume of ships on those difficulties.  Now the maze problem doesn’t get substantially harder from the middle difficulties on up.  Somewhat, but not exponentially so like before.

There are a few other balance tweaks and bugfixes in here, too.  Please see the release notes (linked above) for details.

We’re closing in on the release date for the official launch of the expansion. The target date is November 14th, so two Fridays from now. It’s very exciting, and we’re hitting a point where things are really settling down into a polished state, so that’s quite nice.