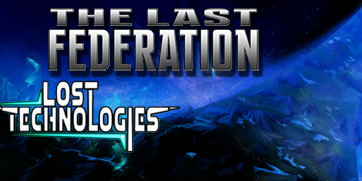 What’s this now?  A new expansion, you say?

Indeed!  The Lost Technologies.  We’ve been working with Draco18s, a long-time community member here, to bring this one to life.  This is quite an exciting expansion for us, because we hadn’t even thought we’d be able to do something like this this year (what with Stars Beyond Reach and now Starward Rogue and all that).

This expansion brings to life a number of things that are centered around technology in one way or another.  The races all have their own unique racial techs now, for instance — giving them more character than ever before.  Techs now have cool new “side effects” that can benefit you or other races in regular combat.

There’s even a new Tech Race game mode where it’s a cutthroat race through the tech tree — with the catch that you have to work with you enemies to win, because you’re unlikely to win on your own.  Make allies, ditch em, make new ones, and coast across the finish line (hopefully) on your own. 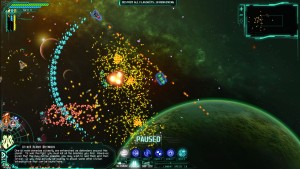 This also will coincide with the release of TLF 3.0, a free update to all the owners of the base game.  This update includes several pieces of new content including 3 new alliance types, four new events, and a few other goodies.  And naturally the expansion has more stuff, too — a gorgeous but fragile new planet type, new turret types, a new type of mission for gathering your own unique Hydral techs, new ability types, and so on.

Oh — and “champion” enemies, too.  Can’t believe I almost forgot that one!  Champions add a new element to combat where you may need to avoid a specific enemy ship that is doing… something strange and unexpected.  You can easily tell the champion ships by their purple glow, and they have a way of exerting a bit of gravity — so to speak — on their part of the battlefield.

We look to be on schedule for a November 11th release.  All the features are complete and in testing with a small group of players who blindly volunteered without knowing what they were signing up for.  That’s faith! 😉  The expansion itself has been in work since mid-September, so that’s about average for an expansion from us.  What’s not average is us managing to keep it a secret for this long, heh. 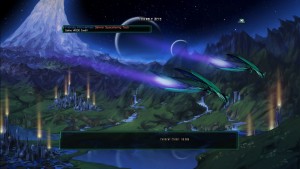 If you’re already an advanced player of TLF, you might be interested in some of the notable things addressed by various additions:
* The Kessler Syndrome event (new free content in v3.0) makes space junk buildup around planets matter a lot more.
* The Deorbited Ship event (also free v3.0 content) fills a hole where the Skylaxians are too honorable to bomb anybody (although the event will happen to any race invading any other); essentially a large, hostile fleet in orbit that is otherwise doing little to invade can get “hit” by the event and cause… fun times.
* The Welding Drones tech side effect now repair Large (and larger) ship hulls by a small amount every combat turn, provided that it did not take any damage.  Maintaining shield integrity and avoiding disruptor shots can slowly make up for a tactical mistake and keep the player alive for longer
* The new Beam Rifles tech has a side effect that increases the range of all laser-based weaponry by 10%.
* The Nuclear Fusion tech has a side effect that increases shield recharge rate by 5%
.
Click here for the official forum thread on this post.
.
.
Categories: Newsworthy, The Last FederationBy Chris McElligott ParkOctober 30, 2015Leave a comment