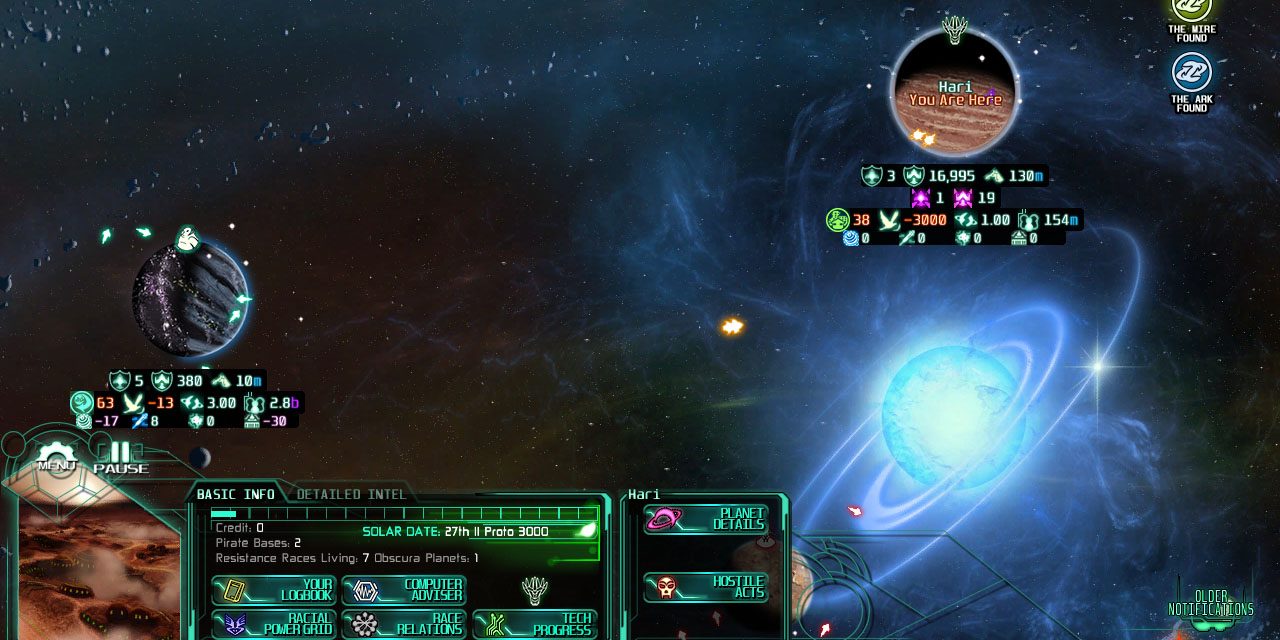 Version 1.502 is out, and brings a ton of refinement to the new expansion based on player feedback.

Actually, there are some very good things for the base game, too.  Chief among those is that now the trade routes are vastly clearer in terms of why they can’t happen at a given time, and the logic for when and why they can happen is actually simpler now, too.  Since trade routes are so central to good relations between races, this is a big increase in clarity overall.

In the expansion, your fights with the Obscura are now not just a madness of shots flying everywhere.  It keeps the fights to four-at-a-time even if there are more ships stacked up to appear as existing ships disappear.   This means the fights are still very hard, but they don’t get insta-death impossible like they could previously.

Speaking of the Obscura, the Invasion Mode for the expansion has seen a tremendous number of updates and refinements based on early feedback.  The Obscura no longer use technologies like the other races do, and in general the balance and AI of the invasive race has been heavily altered.  Before it was possible for them to just tootle around being all mighty but not really going anywhere for 20 years.  Running the same simulation now (just observer mode without me interacting with anything), they wipe out 5 other races in 9 years.  Bit of a difference.

It may be that the invasion mode is impossibly hard now, I’m not really sure.  If so, the Obscura can certainly be tuned in terms of their stats.  But behaviorally I think they are now where they need to be, at any rate, so it’s a numbers game beyond that point.  Probably. 😉

Betrayal Mode for the expansion has also seen some fixes and tweaks.  Your new armadas were coming out incorrectly weak, and your general stats were mirroring that of the race you first took over too much.  The focus was more on Invasion Mode in this release, but that was also the one that needed more at the moment.