Review games on Steam that you love — or hate. “Results are determined by those who show up.”

You are here:
Most PopularNewsworthy 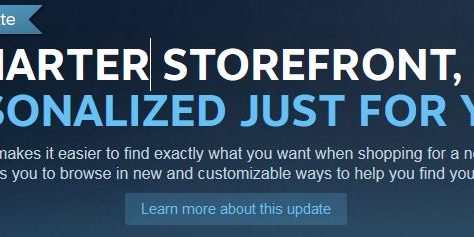 Well, the new steam storefront is very interesting, and I think it’s a breath of fresh air.  For a lot of reasons.  It gives a lot more power to recommendations and peers and even news outlets.  This new curators thing is going to be awesome, I’ve wanted them to add something like this for years.

Still — it’s a brave new world, in other respects.  We’ve been on Steam for 5 years now, and (as tends to happen pretty much continuously) a lot of our past experience on how to be successful is out the window.  One of the things that I noticed immediately was the new way that user reviews are highlighted in terms of the number of positive and negative ones, basically like rotten tomatoes.  I think that’s an awesome thing to do, and way more useful than showing metascores.  Hooray!

I also do think, though, that not showing them weighted by how many people find a given review useful is a bit less helpful, though.  If there are 20 negative reviews that almost nobody finds helpful, and then 40 positive reviews that are found to be generally very helpful, you still come out with a 66% overall user score, which shows up as a mixed reception.  And that’s what has happened with The Last Federation, to my surprise.  Interestingly, most of the rest of our games kind of mimic their general reception, although Bionic Dues is higher-scored than I would have expected based on its sales numbers.

Given the sales numbers of TLF, though, and the general really positive reception to it, I find it a bit strange how the game shows up as mixed.  At the moment there are two negative reviews in the top FIVE pages of most-helpful user reviews for the game.

If you’re curious, this is the listing for Arcen as a publisher on Steam, where you can see the breakdowns for everything. 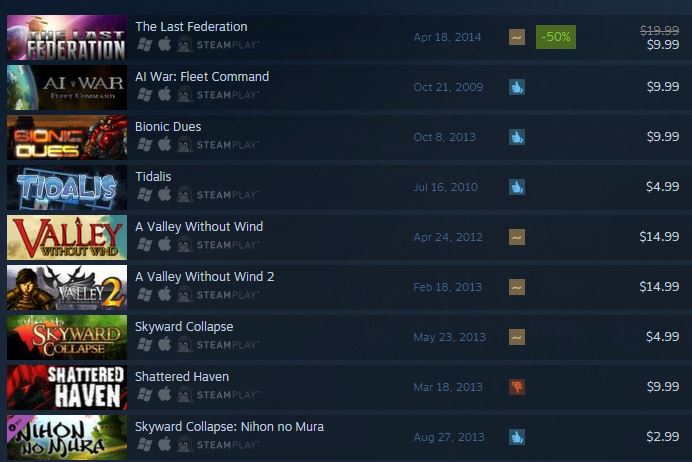 And So We Come To The Point

Much as with democratic elections, referendums, and primaries, you now have a voice on Steam.  This is very exciting!  But also as with voting in real elections, the results are determined by those people who show up.

You should never go astroturfing for anyone, and you should never go on a smear campaign against someone, either.  But I think that it’s now really important to give reviews, more than ever, to help light the way for those who come after you and wonder if they should spend their money.  Do you like a game?  Review it and give it at least a brief explanation.  Don’t like a game?  Review it and hopefully say more than “this is boring” or “this sucks.”  A sentence or two of articulation in a negative review (or a positive one, for that matter) really goes a long way.  Not everything has to be a novel.

I really feel like this is getting to be like Amazon.com.  I absolutely rely on the user reviews on Amazon, because they are so helpful — the good, the bad, and the ugly.

The point is, for a lot of indies, there are either very few reviews, or no reviews at all.  And yet the games are selling, sometimes really well, and the experiences of those people just aren’t being shared at all.  That’s a bit of a shame, and I think makes it harder for people to find (and trust) the niche sorts of products that people around here like.  And I’m not just talking about Arcen’s products, either.  I know so many indie developers who struggle a lot more than we do — if anything, we manage to get far more press than the average indie developer, even if we aren’t in the upper echelon. 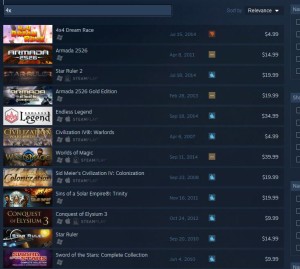 What This Means For Niche Games In Particular

I think that the more niche a game is, the more the reviews of that audience are important.  When you get a game that is, say, a super-hardcore historical strategy game (a genre that Arcen has never dabbled in, so I’m free to use that as an example), you can wind up with situations where the reviews are skewed.

Some people jump in and try it just because they like strategy games.  But boy, that game is too hardcore and the learning curve is steep and it’s not what they are looking for.  Those people SHOULD write negative reviews, with at least a short explanation saying why it was negative for them.  This can warn off other generalized strategy gamers who might make the same mistake.  But it’s not going to deter someone who thinks “you didn’t like the complexity?   That makes me MORE interested!”

Even so, you wind up with a skew towards the negative — and we see this on Amazon all the time with all sorts of products — because generally people with an axe to grind are the ones most likely to do a review.  Which really sucks, particularly if you’re a fan of a niche genre and you want to see more games in that genre.  If you DO like super-hardcore historical strategy games, and you want to see more good ones, then you frankly owe it to yourself to write a review.  If you find one you love, write about it.  Find one that is okay, but not stellar, write about that, too.  Find one that is in the genre you like, but that just doesn’t pull it off, write about THAT, too.

That way the people who are actually interested in the same sorts of things you are can learn from you — and if they reciprocate, then you from them.

This Is Incredibly Better Than The Apple App Store

This whole thing really democratizes the process, and I am so absolutely thrilled to see how this is happening.  Apple curates a few titles, and beyond that it’s mostly the top lists for things that are already popular.  That means you get a lot of derivative games, and a lot of games featuring birds because people do a lot of searching for the word bird by now.  Despite the plethora of games on the Apple App Store, far more than on Steam, the variety is incredibly more anemic there.

The awesome thing about the new Steam system is that it doesn’t fall prey to any of those problems.  And so I’m hopeful that we’ll see more niche games that actually find the audience they were seeking.  Not people who buy it by mistake and then hate it, and not titles that languish in obscurity despite overwhelmingly positive user reviews (ahem, Bionic Dues).

And hey, when the public generally doesn’t like a game by a developer (ahem, Shattered Haven), then that’s good for the developer to know, too.  And good for players.  We still get people who buy Shattered Haven and love it, but they go in eyes open thanks to user reviews.  They understand that by the market’s opinion is that it’s a rough gem at best, and something that only will appeal to a certain set of players (of which I am a member, incidentally — I in no way feel it’s a bad game, but I understand why some others do).  I would rather sell 100 copies of Shattered Haven to people who will actually enjoy it rather than 1000 copies to people who never load it up or who get angry when they try it because it’s not what they thought.

Reviews, reviews, reviews!  You don’t have to write long articles, and you don’t have to review games you haven’t really played enough to form an opinion on.  But if you’ve played a game and have an opinion — goodness, certainly if you’ve put a few dozen hours into it — you really ought to write a review.  It’s good for developers, and it’s good for players, and it’s what will make the Steam store the sort of environment that we all hope it will become.

I’m really optimistic about this new storefront, and it’s something that we’ve known was coming for quite some time.  I didn’t realize it would be today, or anywhere near this soon, but I knew that Valve was planning these changes and I just absolutely could not wait for them.  All change is scary, so I’m a bit nervous about this even though I believe it will be a good thing.  But the only thing that really scares me, honestly, is that people won’t take the time to do reviews for niche games.  If nobody does, or if only the people who aren’t really into that niche do, then those niches are only going to get smaller.

All right, that’s my sermon. 😉  I hope you find lots of new and exciting games with the new Steam store!