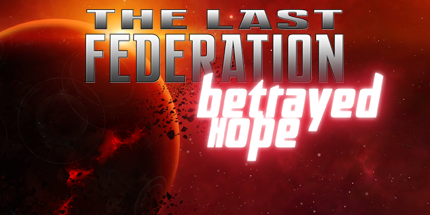 Betrayal Mode lets you completely reverse the usual game flow, working as a full planetary power trying to destroy your foes, not unite them. Invasion Mode sees you working with the other races to survive slaughter by a grave new threat. Plus new ships, abilities, music, and more!

Beta Launching Today On Steam And Our Site

The beta is now released on our site and on Steam, and in celebration of that there is a brief one-day-only 50%-off discount promotion being run on the base game.  There’s never been a better time to get into the game!  The expansion will remain in beta until mid-November, when the game will hit version 2.0 and the expansion will be considered fully released.

What Is The State Of The Beta?

The expansion is pretty much feature complete, although we are still working on 3 of the new ships.  Everything else is fully in place, although bear in mind that the tutorials for the new game modes will leave a lot to be desired on day 1.  We’ll use the early feedback on that to quickly get them up to snuff.

The other big thing is balance: the new game modes and new ships have been tested, but only internally, and this game is huge.  So you’re going to find stuff that we missed, particularly at first, and that’s why we’re doing a beta.

Beyond that, we’ll just be going through a nice relaxed balance and bugfixing period until the full launch of the expansion in mid-November.  Thank you for your support!

Features Added In The Expansion

Betrayal Mode: “I am not the Hydral you thought you knew.  You thought I was content to stay on the sidelines as a minor mercenary?  You thought I would work for unification from the shadows?  The other races killed my people, and I will have vengeance, not unification.  I will drive every last one of them out of the system, and replace them with billions of mindless servitor robots to work at my command.  One day, perhaps, my servitors and I will discover a way to raise the dead.”

Invasion Mode: “Nothing unites enemies like an even stronger common foe.  The Obscura come from outside the solar system, and have already wiped out one of the 8 races.  The remainder are scrambling to protect themselves from this grave new threat, and I myself am incredibly outclassed when I try full frontal assaults.  I must rally the other races into unified action while striking from the shadows in my own ship.  If we can drive the Obscura menace from the solar system, a Federation will be easily established… with whoever survives.”