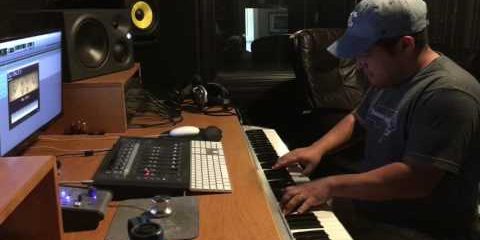 Pablo getting prepped for the newly reorchestrated AI War II theme. The kickstarter for this sequel to AI War Classic is launching in the next 1-3 weeks.

Lots of stuff is happening fast, and we’ll have more to share with you soon!