You are here:
AI War 2Art 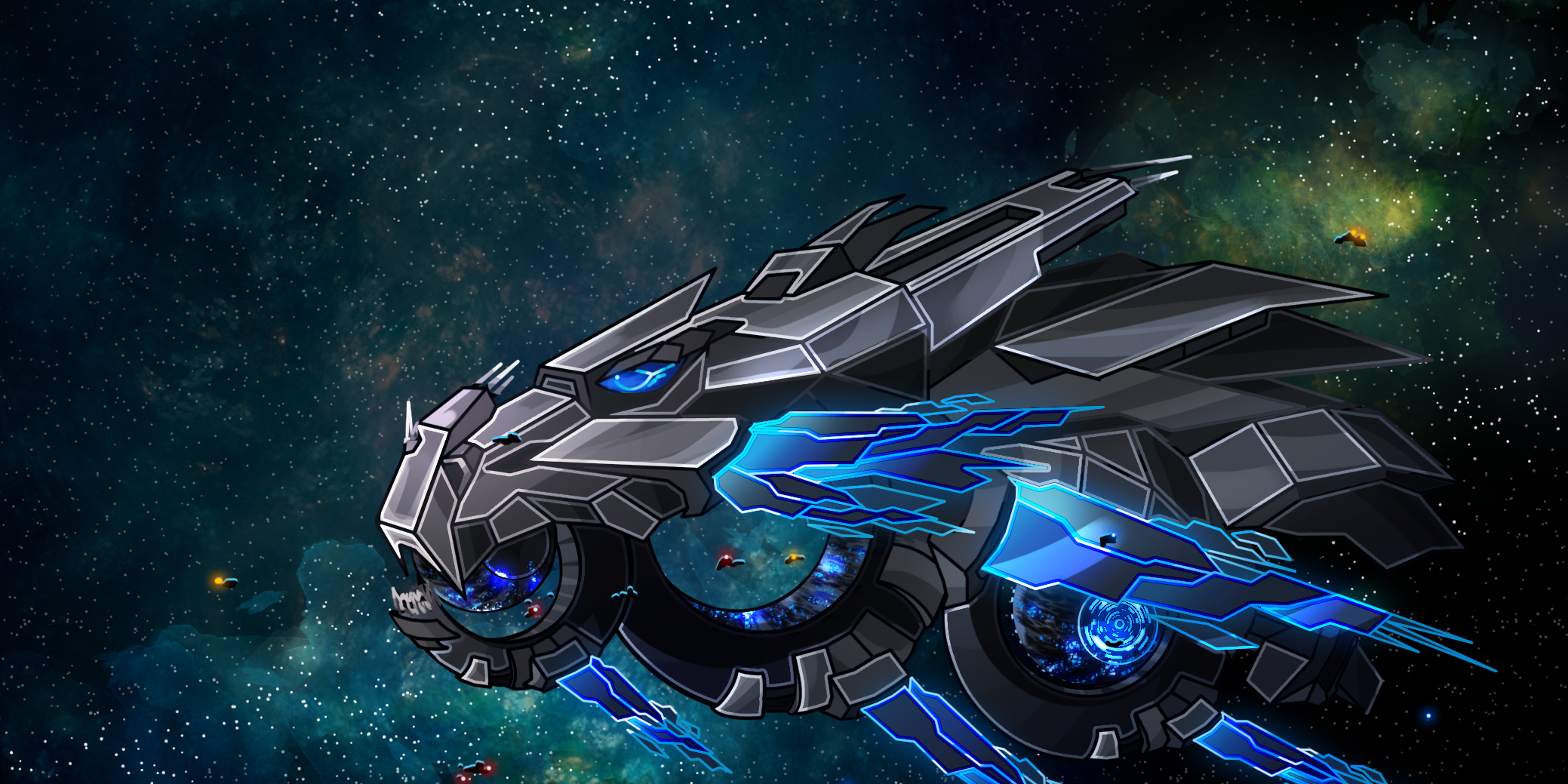 Here’s a new look at whats under development art-wise for AI War II.

I’m been tasked to create a high-definition model of the player base ship.

With 3D modeling, it’s not usually so simple as to jump into the program and get to work. Lot of times you need a thought process to kick it off, and that’s usually best handled through concept sketches.  Some artists use references and mood boards instead, but I’m of the concept sketch camp.

It started with thumbnails, which I unfortunately mostly forgot to save. (Go me.) 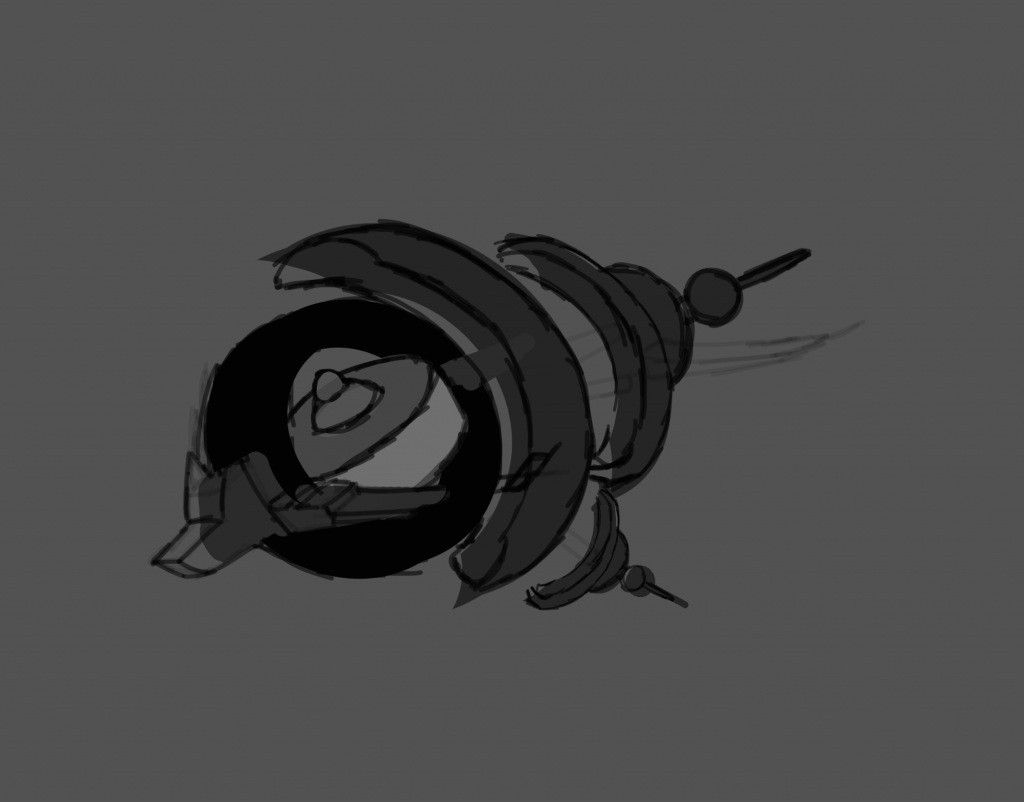 I had to take into account Chris’s recommendations and visions.

In short: He wanted something spiky, dangerous in feel, maybe have some rings, look like it was compartmental and had obvious living quarters.

Alright, well at this point, I wasn’t happy with any of my thumbs (of which there were a lot). Everything looked.. boring to me.

The lack of muse was pretty present.

Usually I’ll resort to a few other methods of sparking an idea.

One of my favorite ways is combinations. Take part A and add to part B.

In this case, I wondered what I could do if I tried to make a ship look a bit like a dragon head. 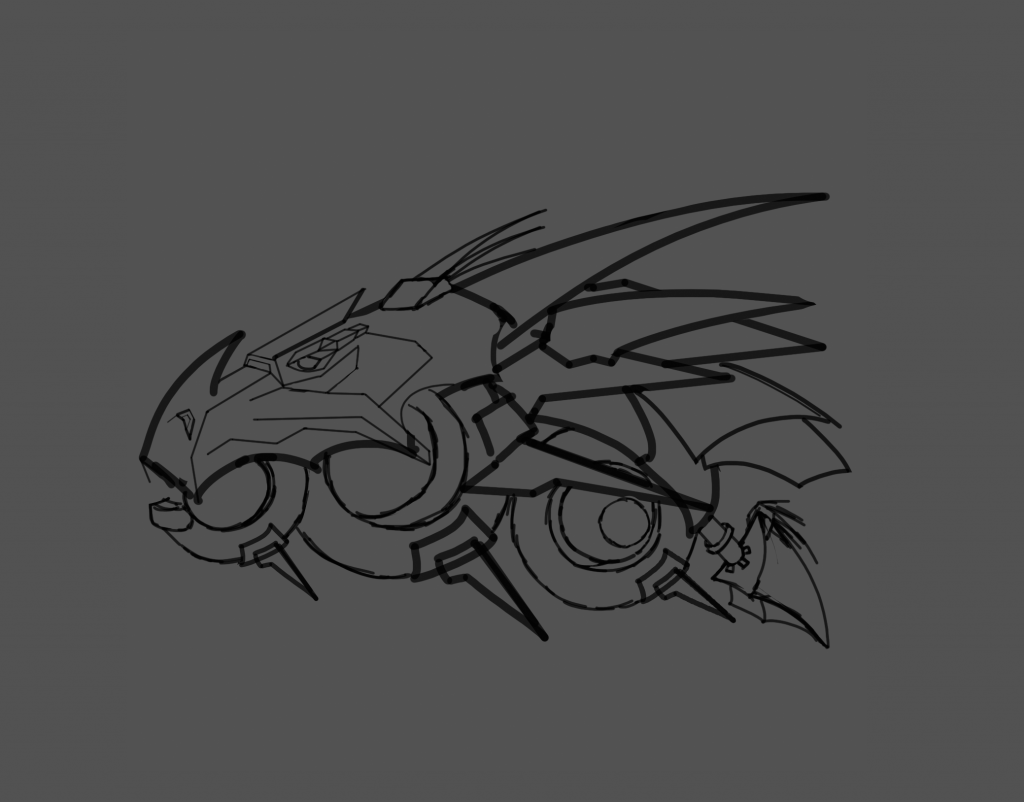 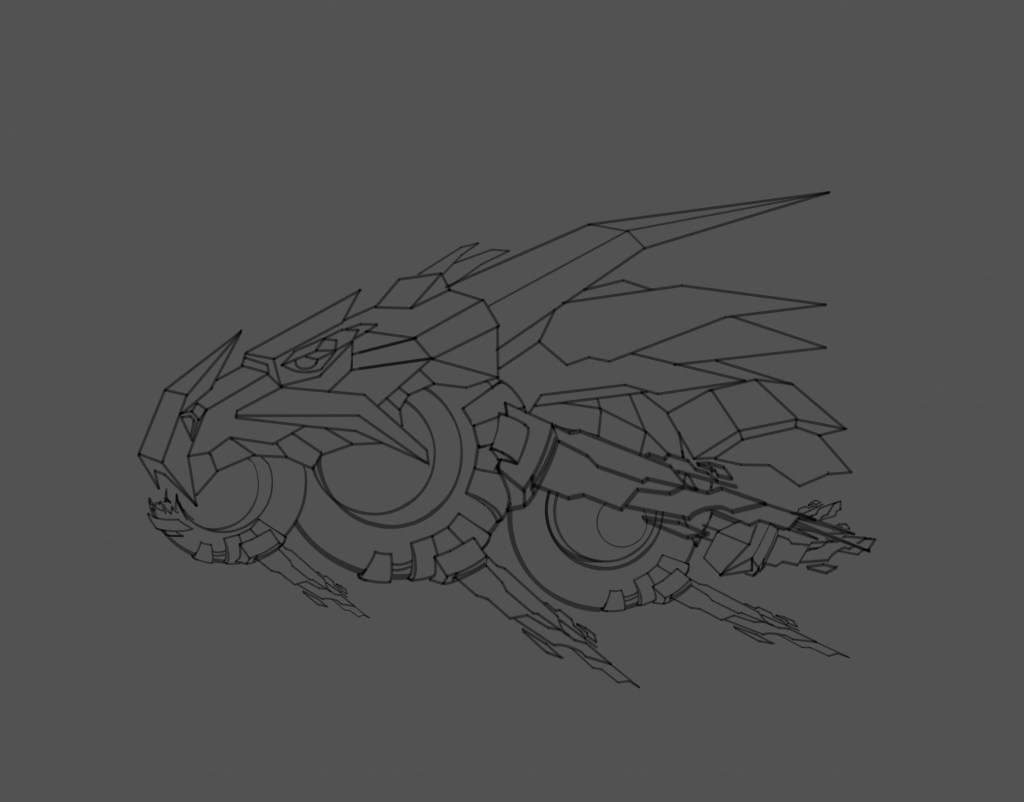 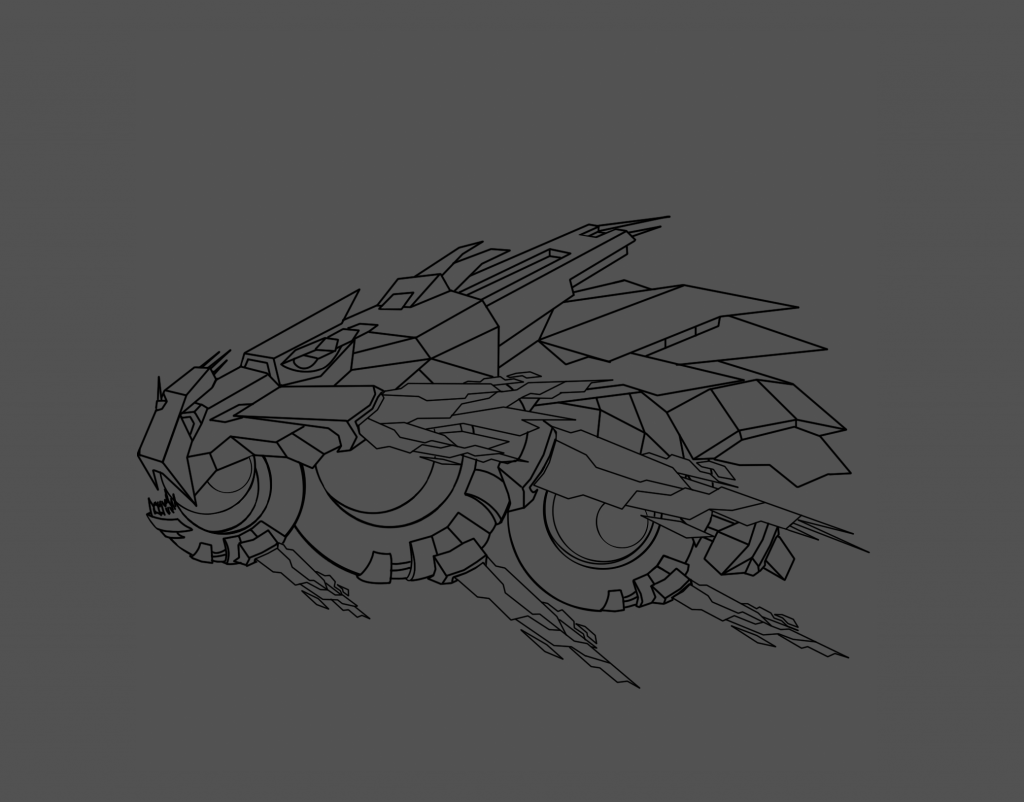 At this point, I felt like the dragon style wasn’t subtle enough. I did away with some of the more pronouncing details. 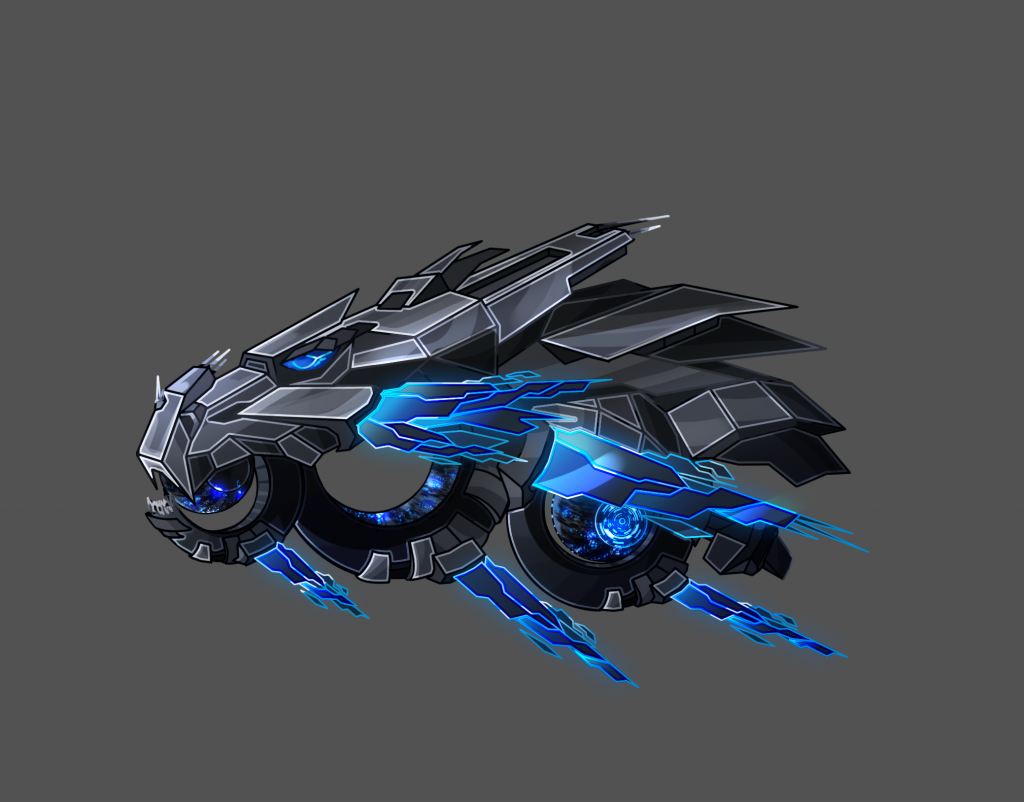 Color isn’t necessarily super important in model concepting, but to me, it really sets the mood.

You can see the living quarters in the rings. Overall, pretty happy with the shape.

Chris suggested maybe building in a rock or asteroid, make it look like it was built off that. Like taking and putting rockets on a asteroid or something. Haha. Might be an excellent idea really. 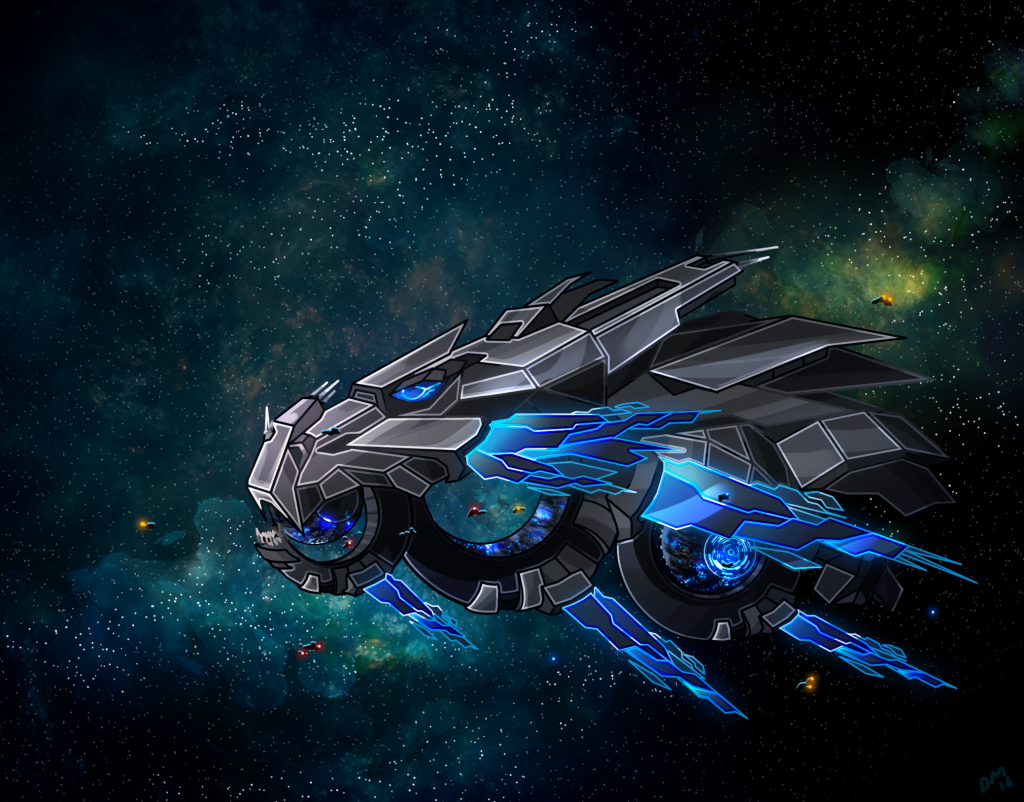