Welp, Apparently I Can Retire Now 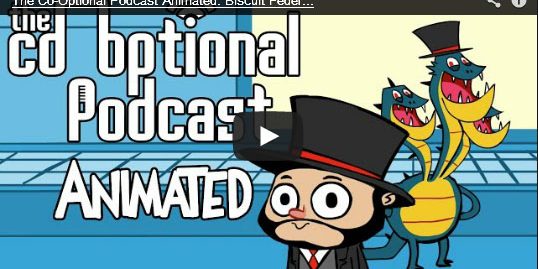 Not really, and certainly not financially.  But apparently we’ve hit a point where My Work Here Is Done.

Let me explain.  Ever since I was introduced to Boatmurdered, which is an epic LP (Let’s Play) for Dwarf Fortress, I’ve wanted to create a game that could inspire something similar.  To me, Boatmurdered is one of the best things on the internet in terms of humorous content (except maybe this or this).

Why is Boatmurdered so awesome, and what does it represent to me?  Well, it starts of slow, pretty much explaining the basics of the game in a slightly-funny way, and seeing the setup of your fortress.  But then you have all these further entries in which the players get into a progressively worse situation, and write about it with utter hilarity.  Each player has their own style of writing and playing, and so the fortress winds up being this heaping pile of conflicting designs that is part deathtrap and part psychological-horror-movie for its denizens.

None of that was done intentionally by the players, it’s important to note — they were all playing their best, near as I can tell.  They were a victim of a combination of the complexity/randomness of the game, their own mistakes, and their own conflicting goals that they set for themselves.

This isn’t a game with a story in a classic sense — it’s not a handcrafted emotional story like Final Fantasy 6 or Silent Hill 2, two of my favorite games.  Rather, this is a game where the story emerges dynamically as each game progresses, and the story is always different.  There’s enough complexity there that the opportunities for crazy one-of-a-kind things to happen are abundant, and this causes a very unique story to arise in the minds of the players.

For me, ever since I read Boatmurdered it has been a personal goal of mine to create a game in which a story like that would unfold in the minds of players.  And then, just as importantly, to have someone funny document their experiences like happened with Boatmurdered.  That goal has now been met. 🙂

What starts off as basically explaining the game in a funny fashion turns into a funny war story.  Not only is this explanation by TotalBiscuit, the #1 PC gaming critic on Youtube, but the whole thing is freaking animated Julian GD.  Holy frick!  I still have plenty of other career goals, but for me this was a really major one, and it’s been met in a really dramatic fashion!  It’s in two parts:

Side Note: Hey, Where Have I Been Lately, Anyway?

You may notice that the date on the second video here is June 17th, so I’m two months late to the party.  I knew that the first video had gone up on June 3rd, and really loved it.  But somehow the fact that the second part escaped my notice until literally yesterday.  I had kind of given up on the second part ever happening (thinking it might be like the tragically cut-short LP of AI War done by Rock Paper Shotgun — which is also hilarious and something I’m honored led to an ongoing joke at their site about Quinn “not having enough iron”).

Anyway.  I had been waiting until the Biscuit Federation was complete before I posted about it, and I didn’t realize until now that that was the case.  So hence the delay.

But Seriously, Where Have I Been?

If you just follow TLF and not our other games, then you may notice my conspicuous absence lately.  I had planned on getting the upcoming expansion for that out a lot sooner than is actually happening, among other things, but that hasn’t been the way events actually unfolded.  TLF is in a really good state, so for the most part I’ve been letting it be for the time being.

In the meantime, I spent the bulk of my time porting our entire back catalog of games to Linux, because I’ve been meaning to do that for years and finally felt like I had the time.  That process took me surprisingly longer than I expected, but now AI War, Tidalis, Valley 1 and 2, and Skyward Collapse are all Linux games in addition to the Windows and OSX support that they already had.  Bionic Dues and TLF already supported Linux, so I was surprised by how long it took to get the other games straightened out, but such is life I suppose.

I also took that opportunity to do some other housekeeping with general business stuff, some tweaks and bugs in older tiles, and so forth.

And then lastly, I’ve also been trying to keep ahead of Keith and the artists (Blue and Cath), who are working on Spectral Empire, our upcoming hex-based 4X.  That’s not launching until April 2015, so there’s quite a way to go on it, but that’s what the rest of the staff is primarily focusing on now, and so I’ve been needing to hold up my end.

They all already finished their work on the new TLF expansion for the most part, so all that remains is for me to carve out time in my own schedule to resume working on that and the other planned free enhancements to the base game.  Now that all the porting work and other business housekeeping work is done, all the portion of my time that was devoted to that can now be redirected back to TLF.  Mostly that is going to kick off next week, but from here on out I’m going to be dividing my attention between TLF and SE.  Thanks for your patience in the meantime!