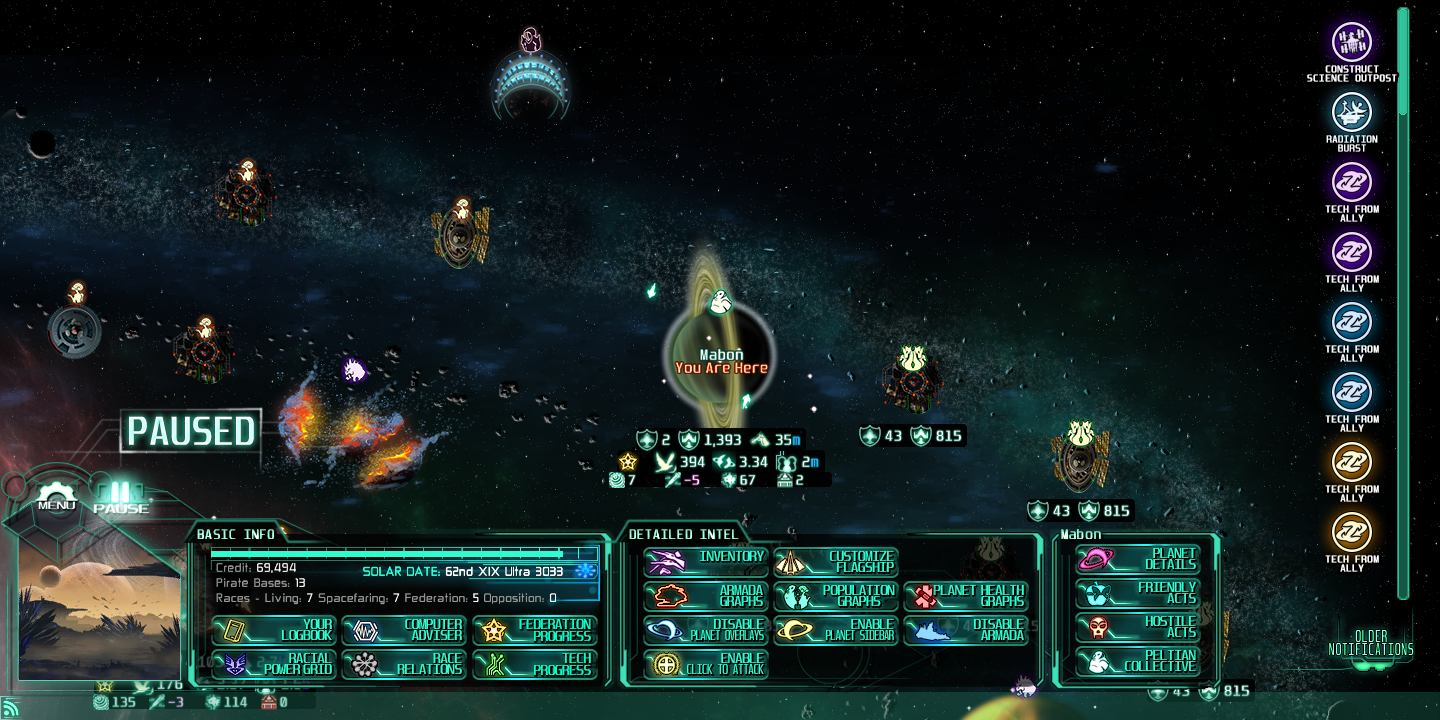 Version 1.601 is refinement on a number of fronts.  Perhaps my favorite improvement is one that was suggested by jaxxa and which lets us see both the Basic and Detailed Info tabs at the same time on the solar map on screens that are 1440px or wider.  This cuts down on a lot of clicking back and forth on screens that can fit it, while not changing the experience at all on smaller screens.

There are a bunch of fixes to the armada management window in this version for betrayal mode, so you can really play that mode a lot more like it was intended to be played, now.  Sorry about those!

The last two Obscura ship bullet pattern designs are now in place thanks to Misery, and boy are they doozies.  These introduce the concept of “bosses,” which I think is pretty cool, and something we will likely explore even further as part of a theoretical future expansion.  For now it’s a really nice sub-component of the Obscura, in any case.

There are also a number of fixes relating to defending various kinds of planets against invader armadas using your own flagship.  These affect all modes of the game.  Oh, and the Pirate Raven flagships now should be harassing pretty much only you, not flying about after other ships like crazy.  So this is something where their extreme speed should no longer cause “I can’t chase them” issues.  The idea is that they come for you and you pretty much have to fight them broadsides for a bit until they speed off and then return.