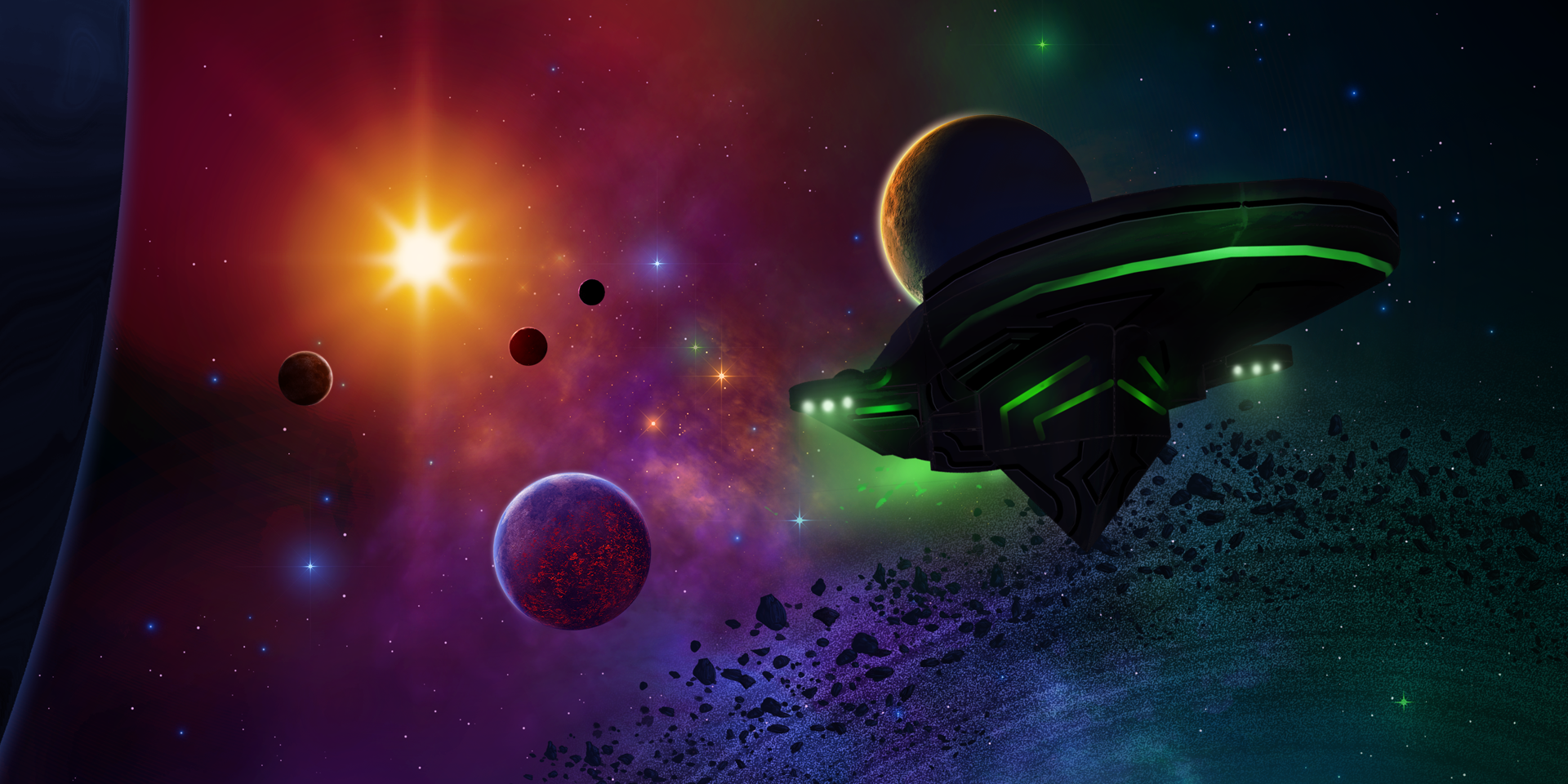 Version 1.023 is finally out, and is a real whopper.  Hardcore fans in particular should be very pleased.

– A bunch of balance changes (in your favor) have been made to the various federation formation rules, so that in particular getting the federation started is not so hard.  Actually this one should make everyone quite happy.  But there are a variety of other things that are now easier in terms of attitude and influence in this regard, too, depending on the desperation of the race, for instance.

– There is a new “Join Federation When Militarily Supreme” way to get all of the races except for the Burlusts and the Thoraxians into the federation.  This one actually is comparably rare in terms of your being able to use it, I expect, but it’s really great for when you can engineer the situation to meet these criteria.

– In general the Credit costs for getting races to join the federation have just fallen through the floor, to avoid late-game grinding.

– In place of the grinding (which was never intended, but just kind of a byproduct), there are now several new mechanics in place where non-federation races react to the existence of the federation.  In particular, this makes it a lot harder to just militarily roll the non-federation races once you get a sufficient mass of federation races.  Even better, it also puts a lot more strategy into which races you invite first, as the potential negative reaction of that race to not being in the federation is something that you can use either for your gain or that you have to work around.

– Overall the balance of the solar map has shifted away from bombing-heaviness and in to ground-combat heaviness, which was always the intent but lately had not been the reality.  This gives greater weight to races with higher ground combat strengths, which was the intent from the start — so the Thoraxians and the Burlusts now live up to their reputations much better.

– A bunch of technologies now are available to more races, and a bunch of others are now gated by years into the game.  These things really change the early dynamic, because it makes it so that weaker races can’t immediately compensate for underwhelming ground power (for instance) based on simply being technologically superior.  They can to some degree, but not to an extreme degree.  But the longer they survive, the more they are able to level the playing field with technology, which makes sense.

– The Thoraxians now have an “evolution” mechanic, where they get progressively stronger in terms of ground power as the game goes on.  Even from the start they are still the strongest at ground power, but it’s no longer so extreme.  They also now have an even higher home-field advantage when it comes to ground combat, meaning the odds of them getting kicked out of the game early on in is very very low.

– Oh!  Also, there is a huge new mechanic for in combat where we are able to define complex shot behaviors through xml.  If you’re into that sort of thing, you can do that as well and submit designs to us for potential inclusion in the game.  This lets us design much more interesting ship battles, in particular “boss like” battles.  Expect changes to the Burlust Duels in the future in particular, and a vast reduction in the use of homing missiles in the game.  The basic flagships used by the enemy have already been updated, and actually a new variant has also been added during this release (Model X2).

– And lastly, a number of improvements and adjustments have been made to bribe items, making them both more usable and better balanced.

————— Ongoing Updates —————
The support of the community, and the growth of it, remain amazing to me. It’s been about a month and a half since launch, and it’s clear we definitely have a winner here.  We’re continuing to expand the improve the game via bugfixes, balance updates, and new content, and plan to do so for the foreseeable future.