The Last Federation is a really unique game in that it is a strategy/tactics game set inside a simulation game.  Check out our first sneak preview about it, or our preview discussing simulations in the game.  Also our recent podcast with Space Game Junkie with lots of other details, the description of your role as an independent agent in the solar system,  details on the alien races, information about the “butterfly effect” in the game, and the final scene art for all the alien races, some of the planetary art, and a written preview with info about combat.  Then we’ve got this first video of combat, too.  Oh, and the forums for the game are filled with lots of other detailed tidbits, too.

Alpha Information! Private alpha testing with players is currently in a very limited early form, and we will be adding more players throughout the coming weeks leading up to release.  If you’re interested in signing up, please see this forum post.  Right now we do have open spots still, but we may wind up needing to close signup past a certain point, because we definitely have a pretty huge list of people at this point (and there’s only so much feedback we can process at any given time). 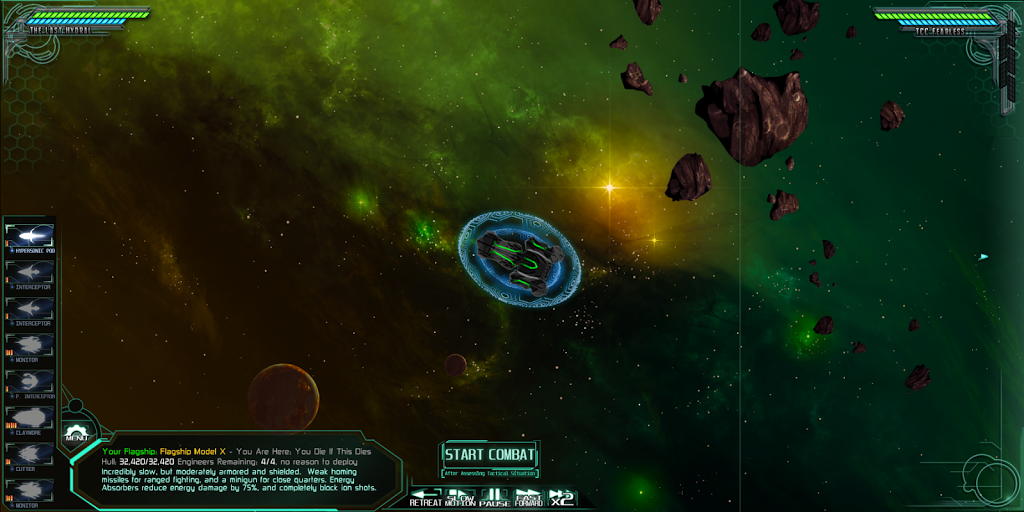 Variety of news today!  I’m pretty slammed in terms of time schedule, so I’ll be brief for once. 😉

New Combat GUI
As you can see in the above screenshot (click to make it larger), the GUI for the combat portion of the game has been completely redesigned and is a lot more attractive as well as a lot more effective in how it makes use of space.  What you’re seeing in the screenshot there isn’t quite final, as there are some tabs missing in the bottom tooltip area, among a few other things.  But there’s a lot of goodness there, and actually this speaks very well to how the solar map GUI looks.

About The Speed Of Combat
One of the biggest comments we got about the first combat video was “wow that looks fast.”  Bear in mind that I play on a really fast setting, and I should have taken that into consideration when making the video — apologies for that.  But as mentioned in the video, if you feel the combat is too fast (or too slow, somehow), then you can adjust the speed at any time in the game.  Both the baseline speed, as well as using the fast forward, slow mo, and super fast forward buttons (and pause of course) for temporary adjustments.

Our first alpha testers got into the game and felt like the default speed was too fast by a substantial margin, which is one of those “you don’t really know until you get people playing it” sorts of things.  So we’ve both cut the default speed by half, as well as made the speed settings more prominent when you are first starting a new game (so if you go “ugh this is too slow” or “wow this is too fast” you know that the settings even exist).

At any rate, to clarify against any concerns, this is most definitely not a twitch sort of game.  You can play it that way, if you want.  I kind of find it fun that way, actually.  But if you want to play it extremely slowly and thoughtfully, you can do so as well.  Using a really slow speed interspersed with super-fast-forward bursts and the pause key is practically like playing a turn-based game. 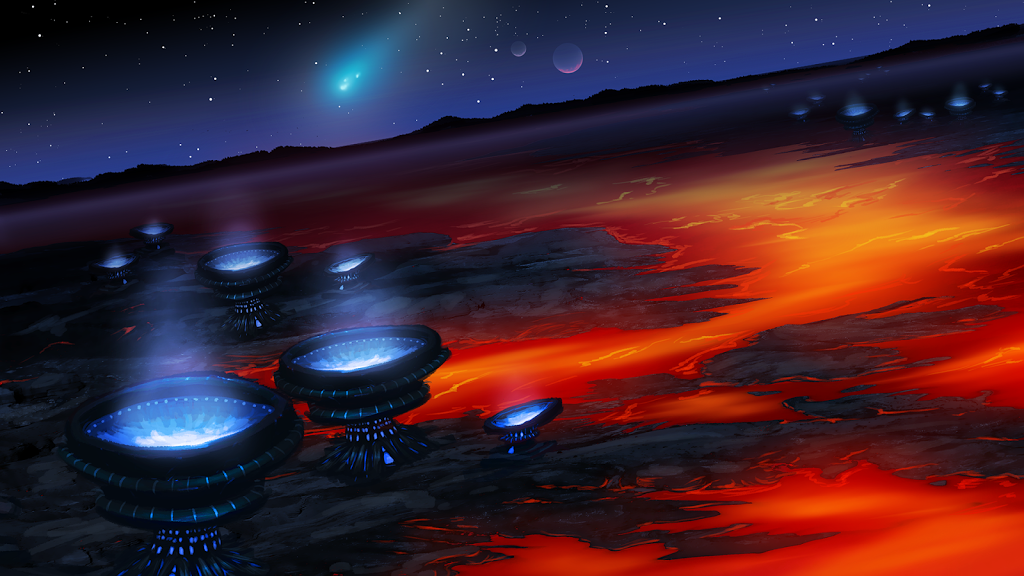 Asymmetry In Combat
I think my love for asymmetry is well established at this point.  In the current tests with combat, and based on my own feelings with playing with it more and more, I’ve come to a realization: the combat is extremely fun from a tactile standpoint and mechanically-speaking, but there is not enough going on tactically to really make it interesting for the long haul.

Also, having the enemy forces be kind of a mirror of the player forces is both dull/repetitive as well as something that goes against the spirit of the game’s theme.  You’re supposed to be a little rogue mercenary fleet, so having enemy forces that are similar in size to you numerically is not a great thing.  Outside of combat, you really do get the proper sense of being really outnumbered.  But in terms of in-combat mechanics, that same sort of feeling needs to persist across.  A mercenary of this sort wins by being awesome and clever, not by brute force — again, a big theme in the larger game, but not something expressed in combat yet.

So!  What we’re doing is introducing more complicated battlefields with discarded Hydral technology in them (again, very thematically fitting) that only you can make use of.  You can also use Hydral technology to get some special abilities/weapons that your enemies will never be able to make use of.  What the enemy will now have, however, is overwhelming force compared to you.  These are planetary forces versus one tiny little mercenary fleet, after all.  But by using your bag of tricks, you can even things out and get the battles won.

A big part of this is making it so that you are making more tactical decision in a more complicated battlefield.  Part of that means giving you a larger “puzzle,” so to speak, where there are more enemies in more places, and more things that you can also exploit for gain in more places.  This gives you a battlefield that you need to size up, choose your intermediate objectives, and use those to achieve your ultimate objective.

Again, all stuff you already do on the larger game.  But now we’re getting into that in the combat side of things, too.  Getting these things in place is my big goal for the first half of this next week, and we’ll be letting in a big batch of more alpha testers when we get there.  And I’ll have a new combat video around then, too. 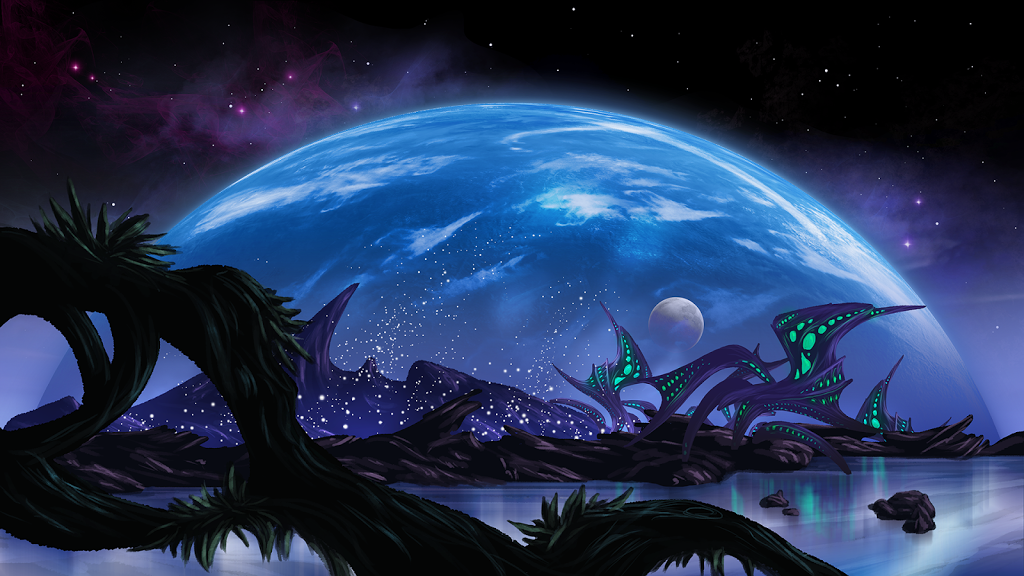