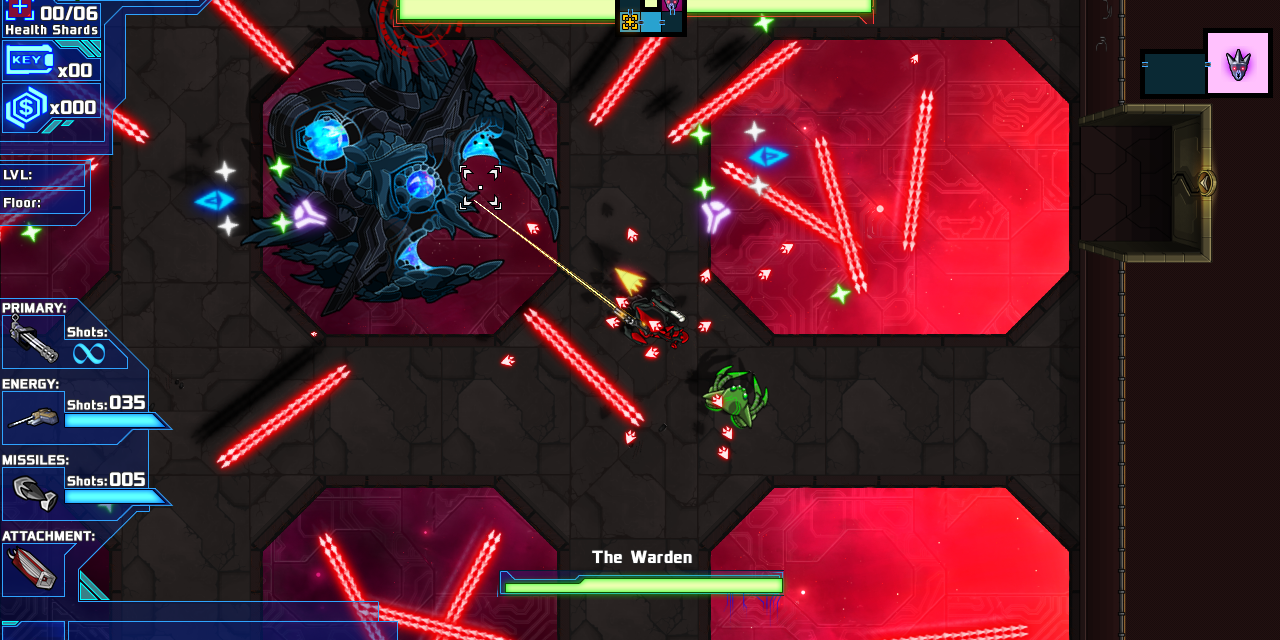 Been a while, hasn’t it?  Our last update to the game was just over a month ago.  Well, even the release notes don’t remotely do this one justice!

Basically there was previously a problem with the balance progression throughout the game if you were past a certain skill level in particular.  And there were some rooms that would give you situations where you might take unavoidable hits.  And there were some enemies that were out of whack, and some weapons for you.  And most of the consumable items were underwhelming.

Well… wowza, what a ton of changes to tune this one up for you.  The math for the progression of the game has been completely reworked, along with a lot of math in a lot of other places.  96 of the room templates have had tweaks to them, and the rest have had a hard squinting-at.  The final bosses are going to kick you in the teeth now (as they should), rather than you commonly having an OP build that would let you blaze through them quickly.  The latter still CAN happen, which is part of the fun of this genre, but now it’s not remotely (vaguely, slightly) as frequent as it was before.

Also, I almost forgot — Misery wrote up a great guide for you: Some tips and tricks for new or advanced players

Good grief!  And yes, of course, the Freaking Volunteers (whom this release is courtesy of) are still working on more.  If you run into any balance issues or have other feedback (good as well as bad!), I’m sure they’d love to hear from you on our forums, the steam forums, our bugtracker… you know where to find us.