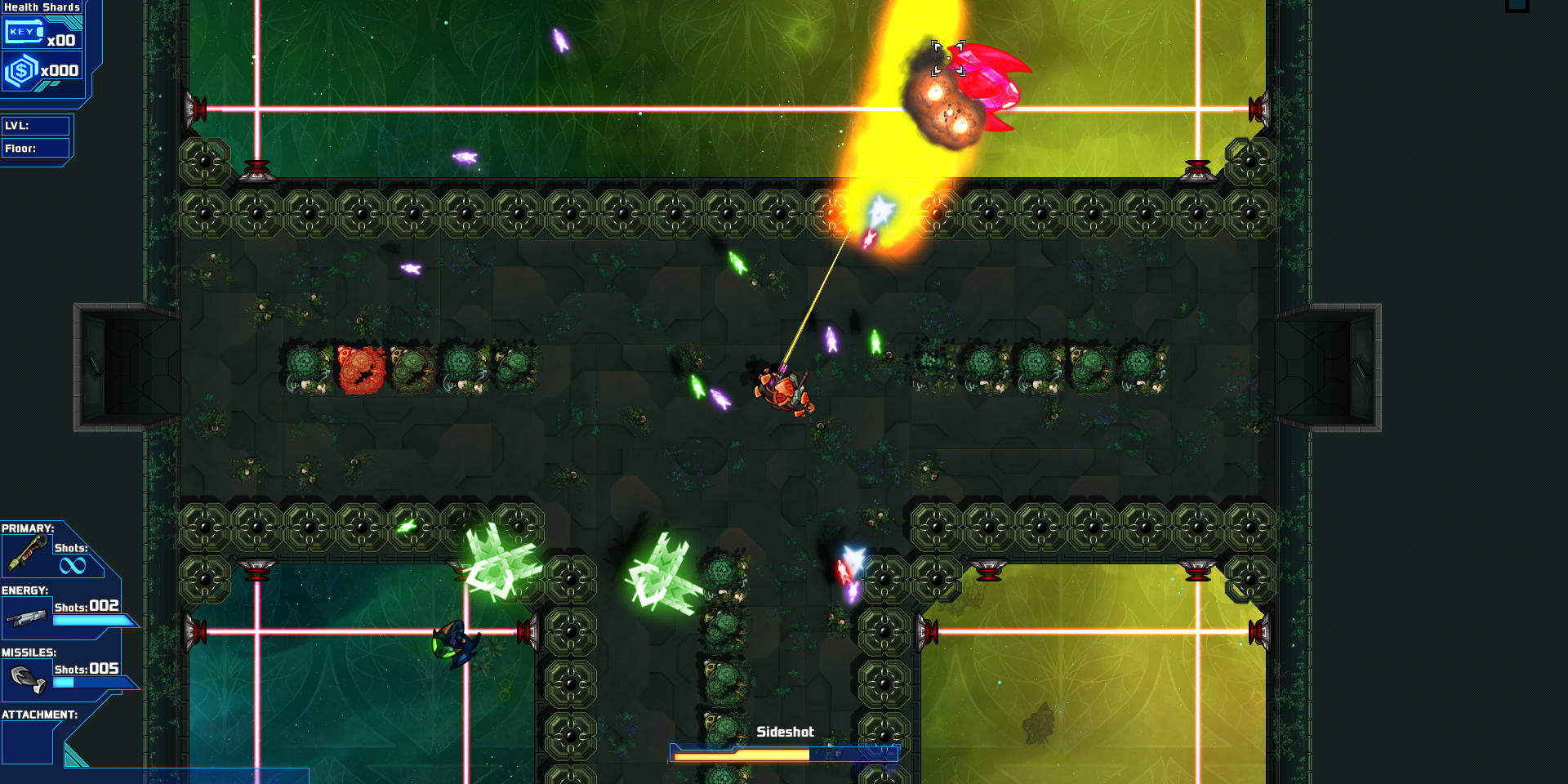 This one is rather big!  Nothing too giant individually, but there’s a whole heck of a lot of things in this one.  First of all, there’s 14 new rooms from community members, boss updates and additions, new enemies, updated and overhauled drones, and balance to feats.  Among many, many other things.

More to come soon!  Because of the recent layoffs we are in a slower development phase now, so the updates won’t be daily.  But there will be one or two a week at the very least, and likely more than that (particularly thanks to community contributions and our awesome volunteers).

As I noted last update, we’ve also resumed working on Stars Beyond Reach, and are now working on our other next project as well (Keith on the one and Blue and I on the other, respectively), so we have a plan for moving forward as a smaller company now.