You are here:
Stars Beyond ReachStarward Rogue 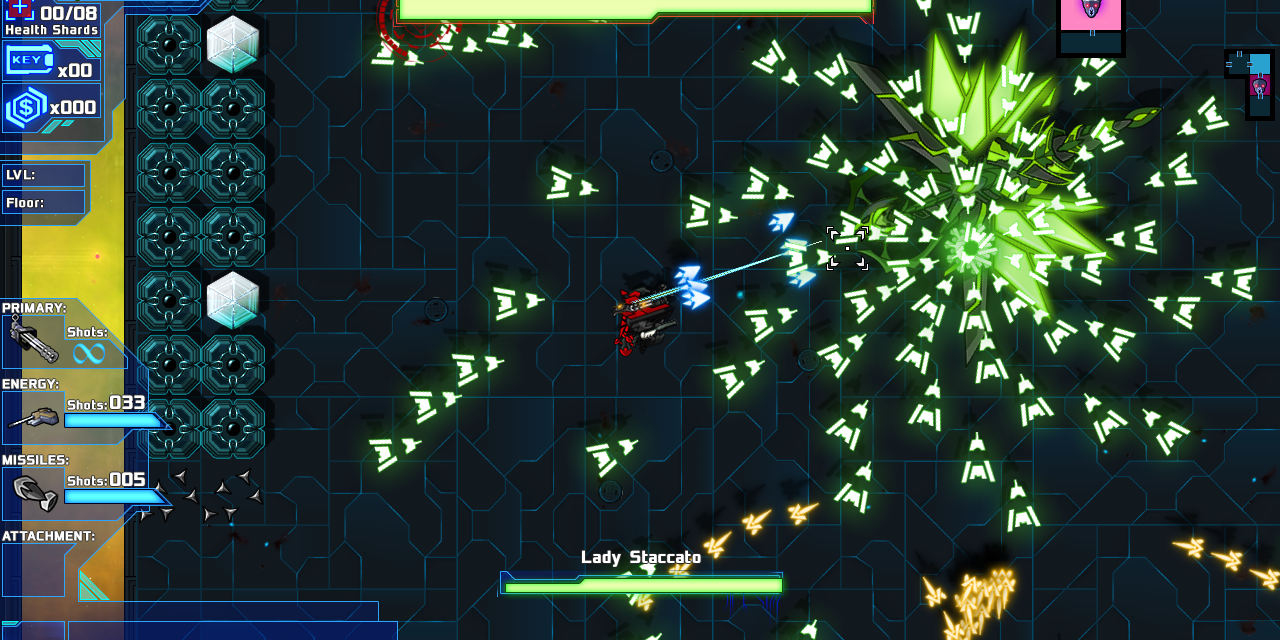 Another two updates!  These one have four enemies, three of which are community-created.  This also fixes the performance-eating aspects of our own recently-added Demesne enemy.  And there was a performance regression in 1.010 in general that is now fixed.  Sorry about all the hitching that was causing — it was worst on linux, but happening on all three OSes.

This new version also brings us to… Unity 5!  Overall that doesn’t change a whole lot in your user experience, however it does let us lock the cursor to the window, which I know a lot of folks were really wanting (me too).  I know I made some flubs with firing during recording some videos thanks to my mouse cursor going out of the window before.

Aside from that, we spent a huge amount of time — almost all of our working hours allocated for Starward Rogue on Saturday through today — on smoother diagonal wall collisions.  That has been a big problem unfortunately, because in version 1.011 it was causing some woes with getting stuck in certain walls and being unable to pick up certain items, which was very frustrating.  Right now we’ve simply disabled that again, and I’m not sure of any other way around that.  For now we will spend our time working on other unrelated things off the list of things you guys have been asking for tweaks with.

More to come soon!  Because of the recent layoffs we are in a slower development phase now, so the updates won’t be daily.  But there will be one or two a week at the very least, and likely more than that (particularly thanks to community contributions and our awesome volunteers).

We’ve also resumed working on Stars Beyond Reach, and are now working on our other next project as well (Keith on the one and Blue and I on the other, respectively), so we have a plan for moving forward as a smaller company now.