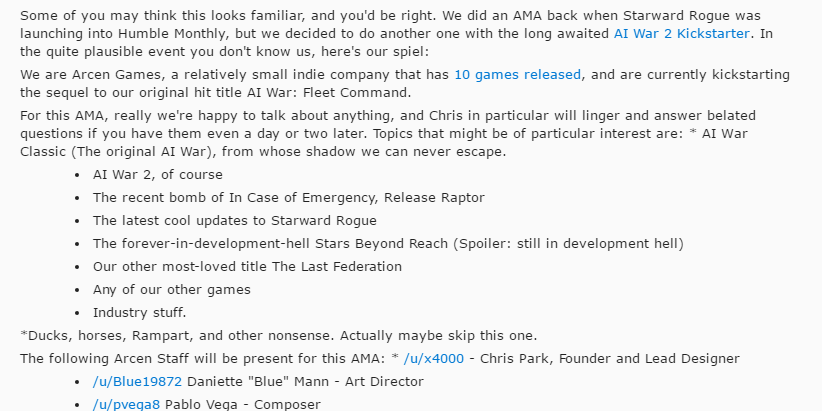 Just a very quick note to point you to this link.  We won’t normally bug you with every little thing, but we wanted to give you a chance to get in any questions you might have if reddit is your bag.

Obviously you can ask us anything in general, but it’s nice to have an event for it, too! 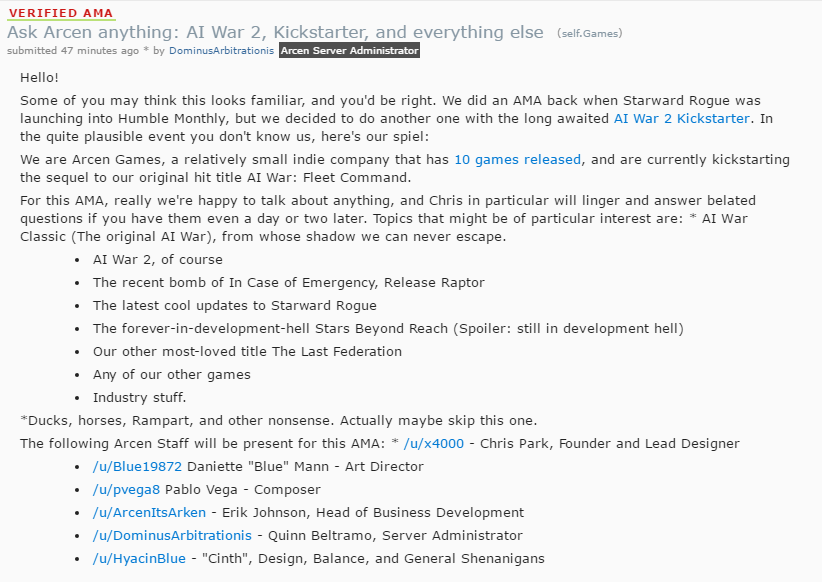