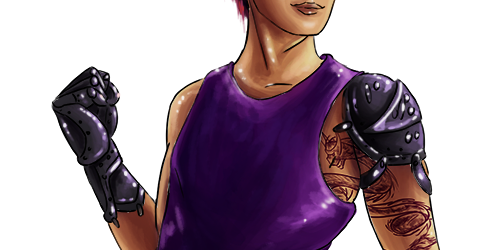 This one makes a number of improvements, such as:

Bot Rebalancing
The details are in the notes above, but basically each bot type now has a “Pain/Irritation/Traumatization Assessment Rating”, or PITAR for short. This is used to better regulate the relative frequency of bot types (in a normal mission) and presence and quantity in the end-game bot-army. Several stat changes have also been made, notably reducing the health of several high-health normal bots.

Please let us know how the balance is feeling, as it’s certainly an ongoing process.

Who Designed This Circuit?
This is another new “conduct” option for starting a new game, and it multiplies the power cost of all exo parts by 3. In the past some players have expressed an interest in having more of an opportunity cost for using higher-level parts, so here you go.

Naming Exos
Now each of your exos has a unique name. They’re initially just descriptive (“Siege”, “Siege #2”, etc) but you can change the name of an exo on its customization screen. Do with that what you will.

There are also several other UI improvements, like the ability to tag missions on the city map for your future reference.