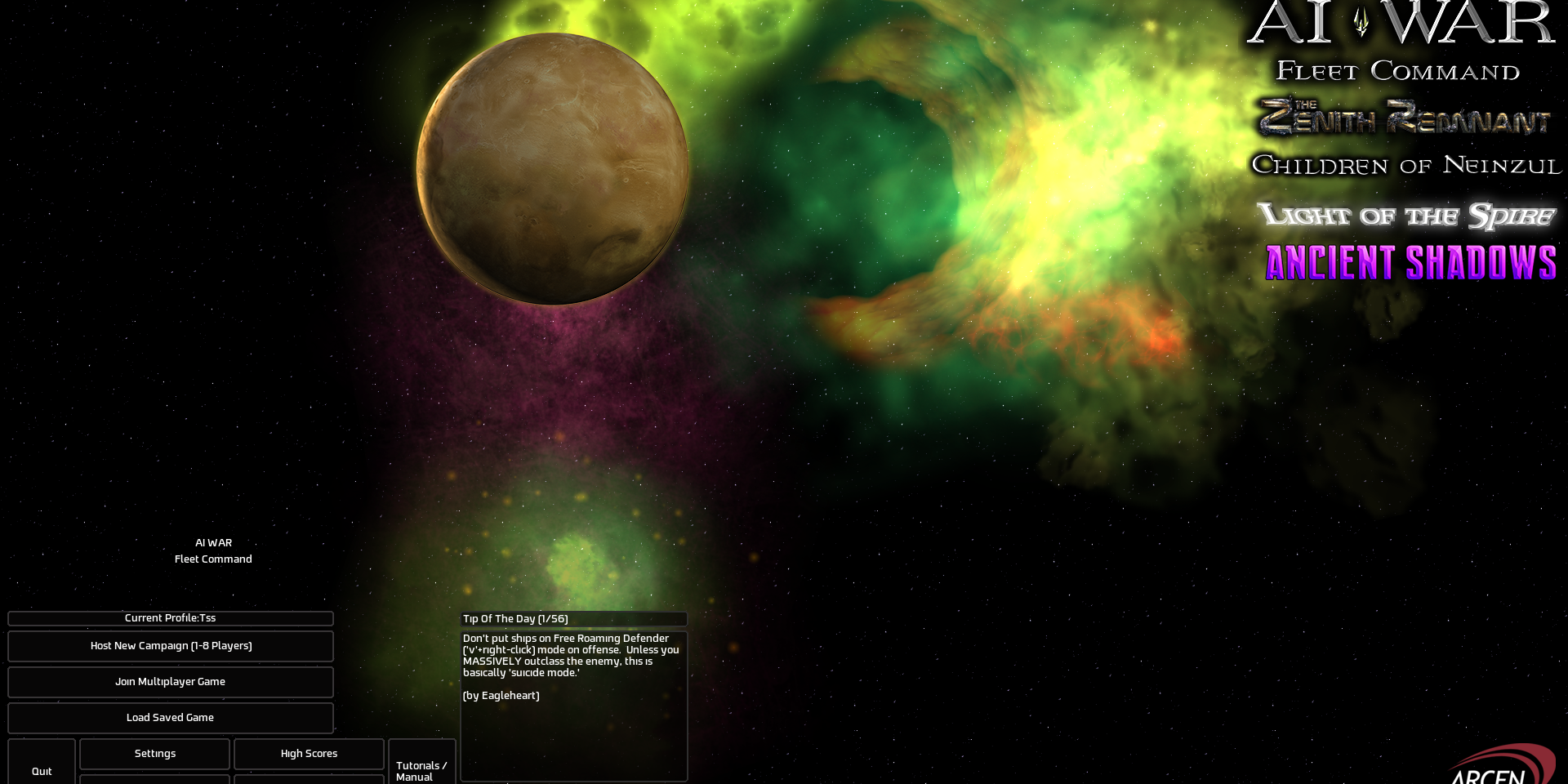 This one is a break from your (ir)regularly-scheduled bugfixes and polish to bring you a large engine upgrade and native-linux support. NOTE: as of this writing distribution of the linux build is still being worked out.

We’d been planning to release 8.0/DoW during the week of August 4th and then wait until a week or so after 8.0 to start the beta cycle on that upgrade, but the engine-upgrade/linux-porting has gone better and faster than expected for our other titles (including older ones like Tidalis and AVWW1). So instead we’re bumping the release to the week of August 18th to allow a couple weeks of extra testing.

If you survive the bugs, please report them 🙂

By the way, this includes our new cross-platform updater (the old one did not support linux), so the update process will look somewhat different after this particular version. It will be faster, too.

The new ships from Destroyer of Worlds have had their far-zoom icons updated, thanks to community member HitmanN.

The tutorial’s been updated for 8.0, and now includes a section on Hacking.

And there’s also a goodly chunk of balance changes and bugfixes. Including actually getting Line Place working correctly. Really! I think.

Update: 7.049 to fix a bug where the music would play one track and stop.

Update: 7.050 to fix several issues with sounds playing very loudly and distortedly and with images not loading on linux.

Update: 7.051 to fix an issue in the prior version that prevented OSX from loading the game.

Update: 7.052 to make the textboxes work, and improve the sound effects stacking issue even further.