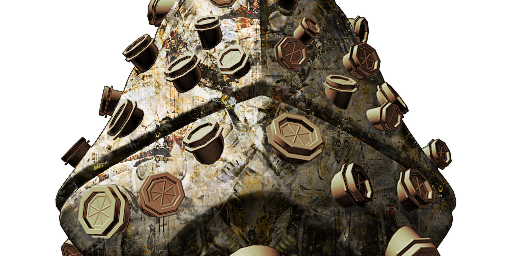 This one is another coat of polish for the new expansion and 8.0 in general, so nothing earthshaking here. That said, there are changes I think will make some folks pretty happy:

– The galaxy-display-modes for fabricators and golems are now much nicer to use, with both showing the names of the actual units on the galaxy map rather than you having to mouseover to see what specifically is there, and with the fabs mode combining the old three separate filters into the one (and adding in the Core Turret Controllers, too).

– Line-place is now much better for placing multiple parallel lines at once, as a common-case for mines is to put three lines side-by-side. Doing three lines separately tends to cause the second and third lines to only place every other mine due to collision, and also takes longer, so now you can place all 3 (or more) lines at once and none of them will collide with other mines placed in the same action.

– The Ally Roaming Enclave commands now have a GUI rather than just being chat commands. It’s not a very pretty GUI, but it’s a lot better than… well, chat commands.

– The AI’s response to the Exodian Blade will now be less dependent on how fast you get through that progression’s earlier phases, which should help us be able to actually balance the final phase (though it may well not be there yet).