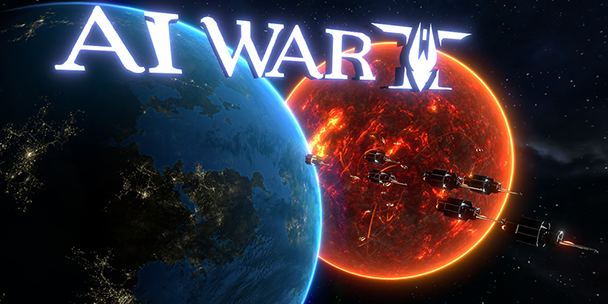 Chris here!  If you missed the kickstarter campaign for AI War 2, you’re not alone.  Sometimes news just takes a while to percolate around, and that’s no reason for you to be unable to get into the alpha or whatever tier if you want to kick in for the project.  Not only that, if you want to help us hit some more stretch goals post-campaign.  We’ve hit four with the main campaign plus paypal backers, but with BackerKit I’ll bet we can hit some more.

At any rate, if you’d like to participate, BackerKit made the unfortunate decision to call these “preorders,” which is quite a slur in my opinion. ;)  Never preorder games that are going to be made the same way whether or not you preorder them!  Listen to TotalBiscuit and Jim Sterling and many others as to why.

Nomenclature aside, we see these “preorders” as being a continuation of the campaign for people who missed it.  You can get in early, yes, but you can also help to fund extra features that otherwise would not happen.  If you prefer to wait until launch, of course we’ll be right here at that time, too.

The greatest chances to help shape the game are during alpha and early access, but we have a long history of evolving our games (AI War Classic is a prime example of that) well after their 1.0 launch.  Whether that’s through DLC or further crowdfunding or free updates or what, we don’t yet know.  Partly we need to talk to our backers and forumites and figure out what makes the most sense for everyone.

Thanks for all your support!