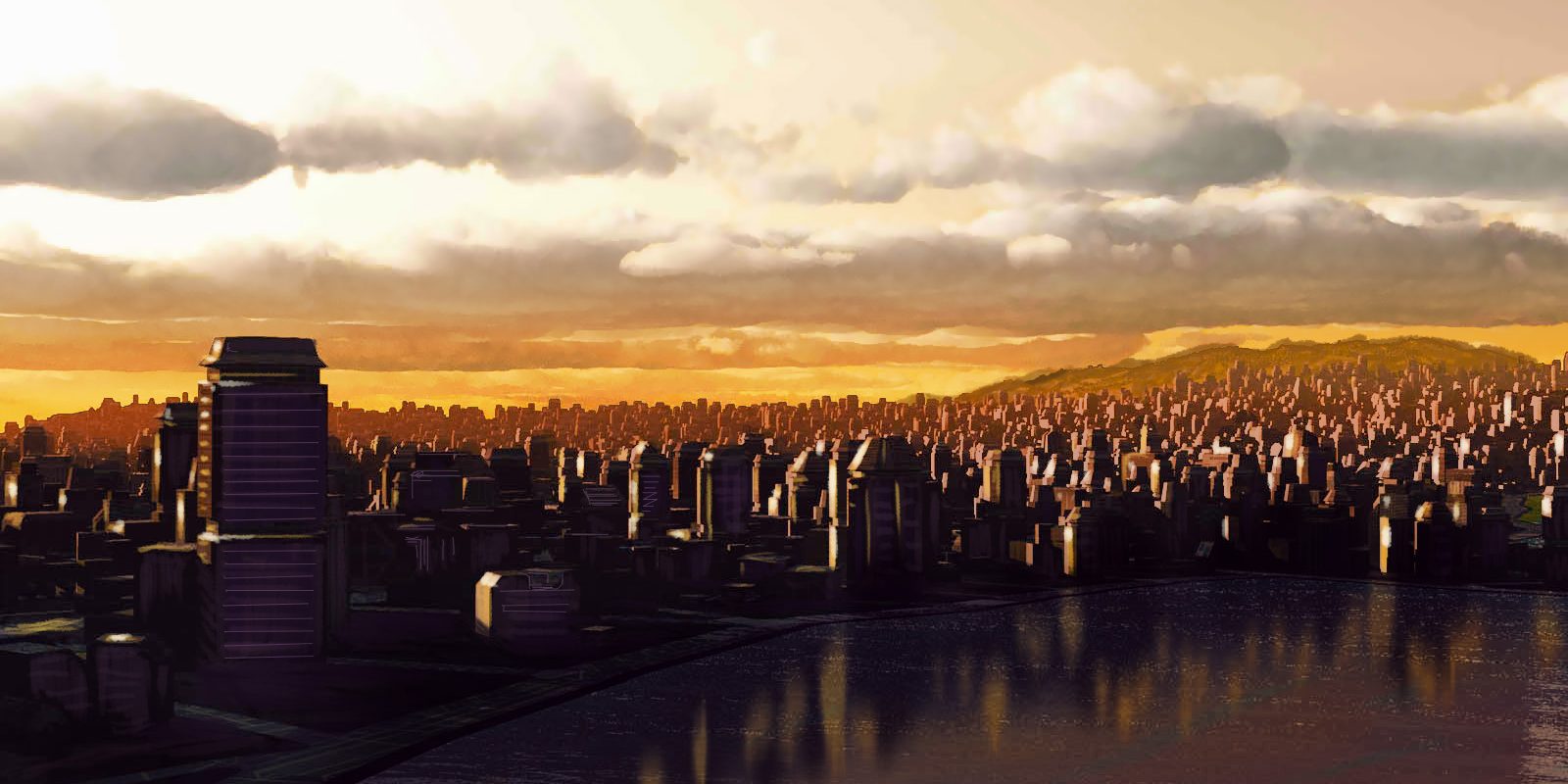 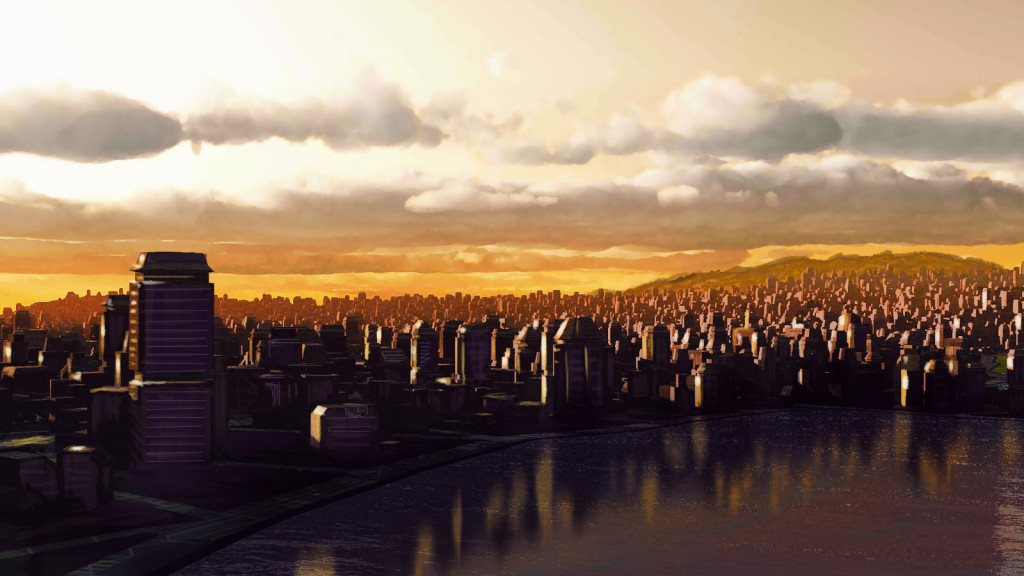 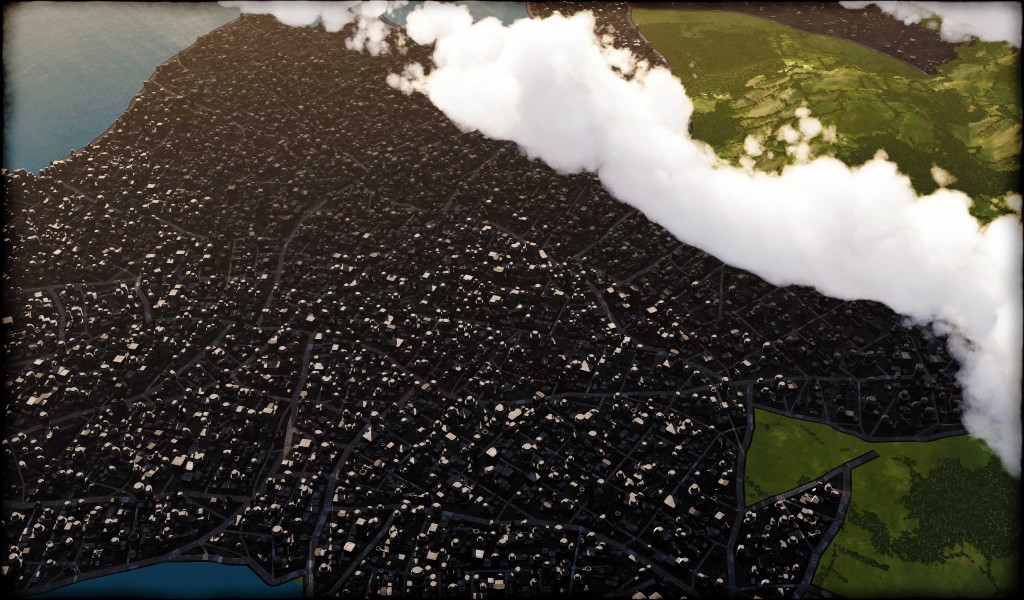 Today is wallpaper day, I guess. :)  Here are two wallpapers from Bionic Dues.  These were both originally by me, although the side view of the city has been overpainted by Cathrine Langwagen to look waaay better than it originally did.  She added cooler reflections in the water and all sorts of stuff.