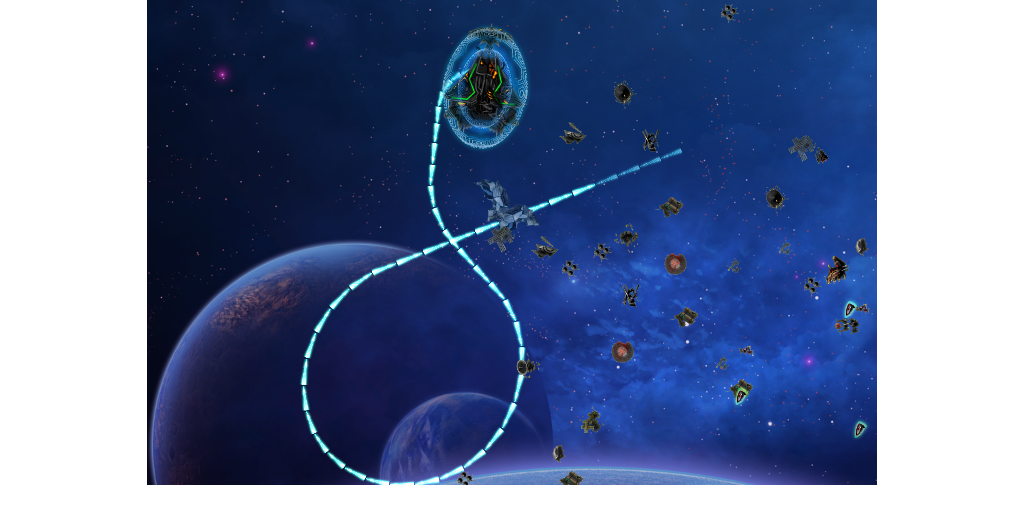 Version 1.609 is a collection of refinements to the recent changes to the game.

Orbital Bombardment by your flagship is something that is rebalanced the most.  The stronger the defensive fleet forces are at a planet you are bombing, the more expensive your bombing is, and the less effective it is.  This doesn’t stop you from bombing in any circumstances — a simple on/off switch for things like this gets extremely annoying — but it does make it so that you can’t just blaze past defenders at no additional cost.

Your ability to bomb the Obscura in this way is also extremely, extremely nerfed in general.  You could win the Invasion games shockingly quickly with this recent addition, and that definitely was not intended!  Overall this particular mechanism just wasn’t much intended for Invasion mode, so it’s been marginalized there quite a bit.  This fits thematically anyhow, given that the Obscura would easily have countermeasures to help defend against one freaking ship bombing them. 😉

Another fun thing is a change to how the Thoraxian Hunters work.  What are those, you ask?  Well, even experienced players almost never saw them before, because of the nature of the “Mega Buildings” intentionally being so rare in the game.  The Thoraxians no longer have a mega-building at all as of this version, and instead their Hunters will come out as their mega weapon against you-specifically if you’ve let the Thoraxians hate you -500 or more.  You’ll actually see them more this way, and in more appropriate circumstances.

Outposts in the game also now have their naming done completely differently, making it so that you can properly identify them.  This also makes it so that you can tell what you’re looking at in the Betrayal mode Armada Management screen a lot better.  That screen has seen some other facelifts and usability improvements in this version, too.  There are still a couple of things on my list to add for that one, but that will have to wait until early next week.