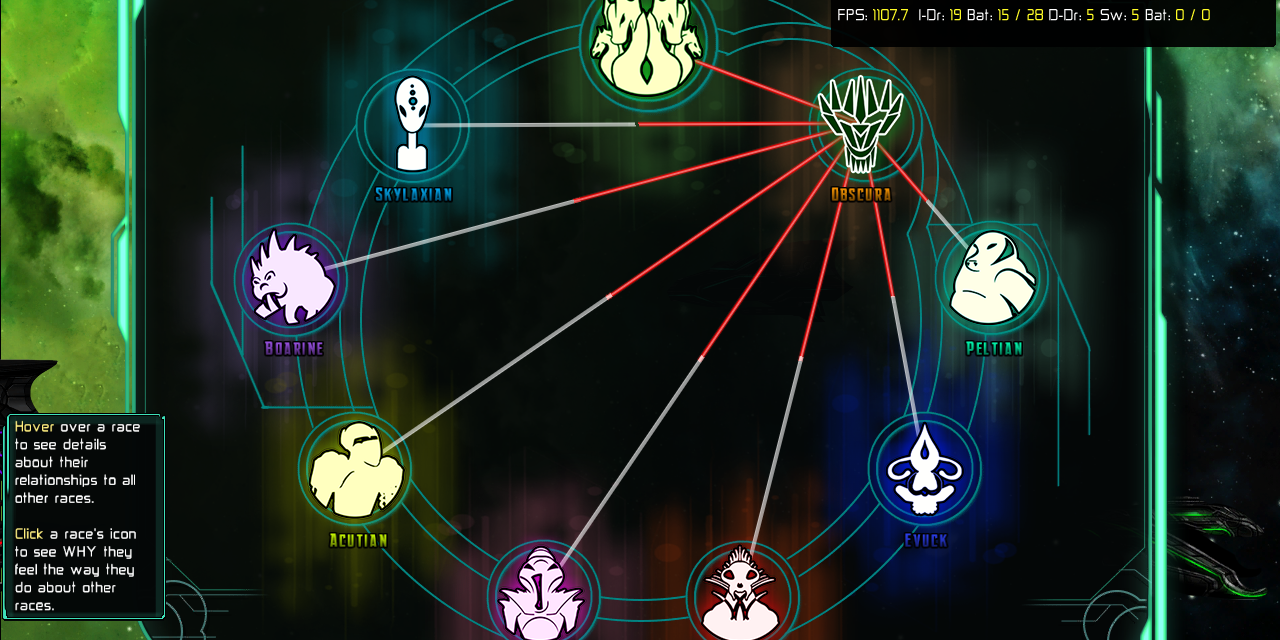 The most impactful bit is how diseases affect death rates — expect some much more substantial shakeups from diseases from now on.

There are also changes here that help to balance out the late game in Invasion and Betrayal mode, specifically making sure that neither players nor other races can go for a technological wipe-out victory by getting Time Travel or God Mote.

The “harm RCI” dispatches no longer pay you credits, and instead cost you a slight bit.  Not much, but enough to make it so that you can’t just do that with impunity for free indefinitely.  Helping the RCI at a planet still gains you credits just like before, which makes sense.

There are a variety of other things that are fixes and clarifications and balance tweaks and so forth.  It’s really a completely eclectic list of small stuff, so it’s hard to summarize without just repeating the entire release notes list, which is linked above.