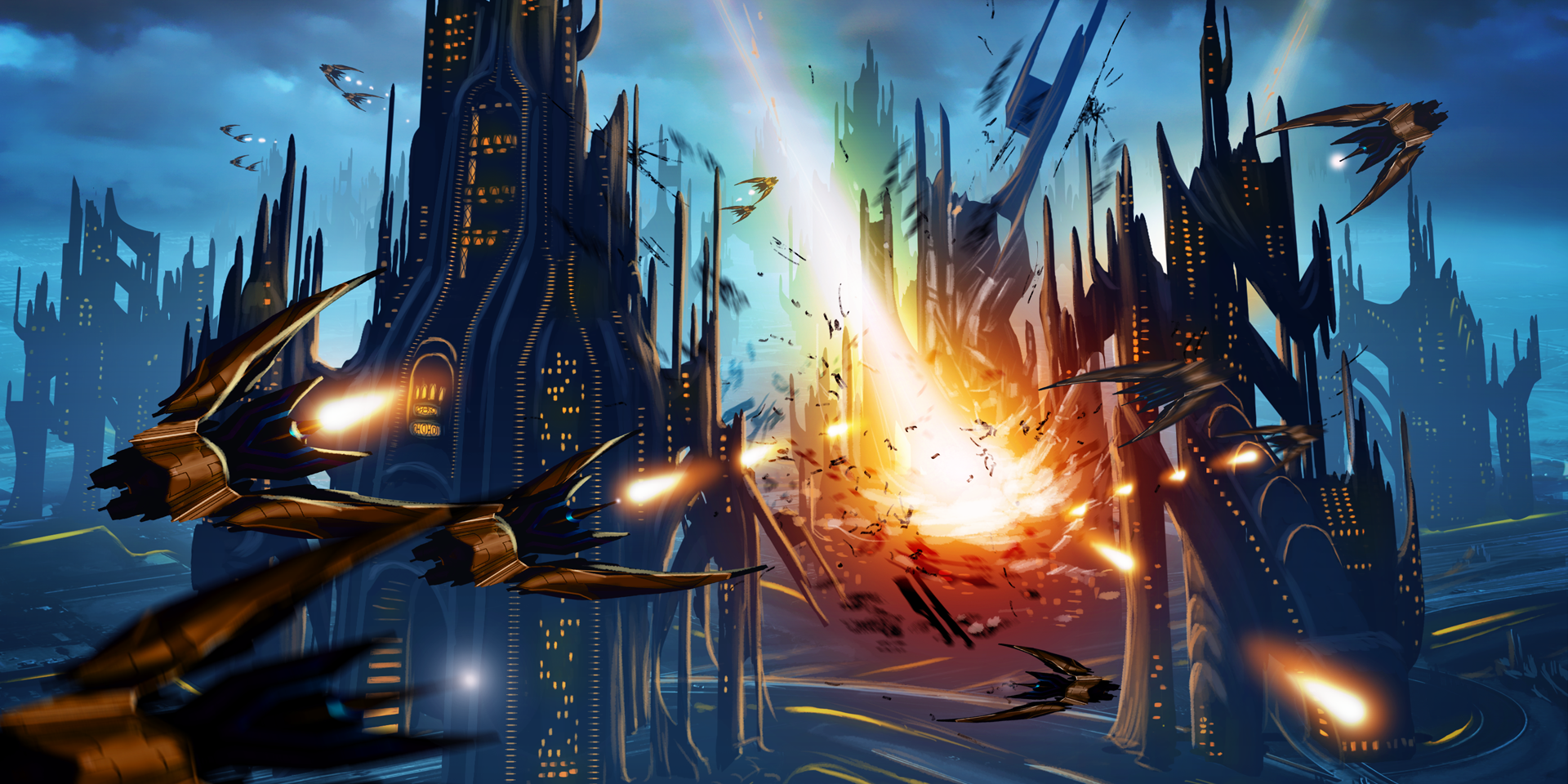 – The AI for NPC armadas on the solar map has gotten some substantial upgrades centering around allies helping allies.  If races are in the same alliance, they now have a number of behaviors that involve them sending ships to defend the planets of their allies that are under attack.

– When flotillas were removed, the logic for how many flagships would show up in a mission was changed around.  Overall this was a vast improvement, but there were a few edge cases where this actually exposed some other underlying issues (this is also related to armadas becoming fewer but with higher base power levels).

Anyway, what this version changes is how many flagships come into battles if it’s not a “let’s attack everybody at this planet” sort of battle.  In other words, when a race wants to oppose you during a quest, it doesn’t send an enormous armada with 18+ flagships to do so; it instead sends a much smaller force that doesn’t make your battle drag out forever (and also doesn’t cause balance issues with the AI leaving itself undefended, etc.

– Other improvements to quest-related opposition armadas have also been made.  Previously there were cases where a quest would be canceled simply because there was no longer an opposition armada around for you to fight.  That can still happen if the opposition race gets completely wiped out — and that’s fine, that’s actually proper.  But now if the race is still alive, they will instead dig into emergency squadrons or even spend economy RCI points in order to make sure that you have an opposition force to fight (while at the same time not just making it up out of thin air with no cost to the race).

– Outposts have had a ton of updates.  You can now capture or destroy them in one stage, rather, than requiring two.  Capturing or destroying them is now more involved and interesting of a battle.  A clever exploit involving repetitive cooperative construction of outposts, followed by stealing those outposts, has been solved.

– The research tech dispatch has been split so that you can only now (once again) research techs that race doesn’t already know with the main version.  But there is now a second version where you learn a tech from a race that already knows it.  This is something that players have asked for for a while as well, and it also lets us make the influence requirements for this action be different from the main action.

– This is one of my favorites: you can now hire the relevant sorts of goons in the friendly actions window at planets, and on your outposts.  Boy does this save a lot of time!  Some folks had asked for something along these lines quite a while ago; apologies for taking so long to put in this.