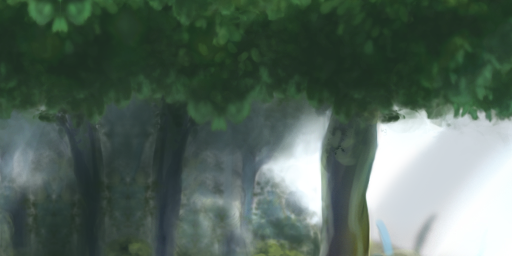 Recently I said that we weren’t going to port Tidalis to linux, because it’s just not a profitable enough game for us, and it’s on a super old version of our engine.  Well… man if I didn’t boot this game up and just fall in love with it all over again.  I get to say this, because I wasn’t the lead designer on this one — Lars Bull really did a stellar job with the design of this game (the only Arcen title I wasn’t lead designer on).

Anyhow, as you can no doubt guess by the title of this post, the game charmed me into going back and porting it to linux despite my original intent.  Also, honestly we wanted to have full linux support for ALL of our library, without unsightly holes here and there.  I worked on the porting for this particular title before getting to the Valley games because this is an older title and I figured it would be more difficult.  I’m going to be out of town coming up in a week or so, and any issues that crop up I wanted to happen sooner than later.  So far so good, though, on my testing on all three platforms.

Here are the release notes.  There are actually a few fixes in there, too, which is handy.

The one big caveat with this release is that the newer version of Unity that we upgraded to has higher system requirements — in terms of operating system — than the much older version that Tidalis was on.  Notably, on the Microsoft side, Windows 2000 can no longer be used — you have to have Windows SP2 or higher, now.  On the Apple side, you can’t use PowerPC computers any longer — you have to have an Intel-based CPU.

But wait, what if you already bought it and can no longer play it!?  Got you covered, of course. :)  Version 1.017 is marked in Steam as having a “beta” version that you can opt in to that is named”OldSysReqs.”  I’m not sure if Steam itself honestly is able to hit the system requirements that Tidalis used to be able to, though…

Another nice thing about this version is that the license key that was previously required is now optional instead.  If you have the game on Steam, or you get the new tri-OS package from our store, it won’t ask you for the CD key even though it will give you one.  On Steam, you can just ignore it — it has no point.  If you buy it from us or any other source, then you can use this CD key to register your game on Steam.  They can, of course, still be used to unlock the demo versions of the game into the full version, as well.  You just don’t HAVE to do that anymore.

As with Shattered Haven and Skyward Collapse, we’re running a 75% off sale on our site in celebration of the linux launch.  This will last until the 20th for Tidalis, as well.

UPDATE: Steam is also running a 75% off sale for Tidalis that lasts until July 24th.

This is a standard update that you can download through the in-game updater itself, if you already have 1.000 or later. When you launch the game, you’ll see the notice of the update having been found if you’re connected to the Internet at the time.