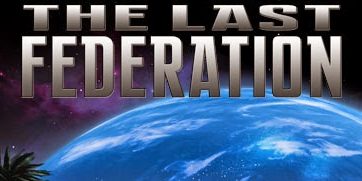 The Last Federation’s release week has officially concluded, but those who missed out on the 25% off discount still have a chance to pick up the game at its reduced launch price of $14.99.

We were a little late to the party in regards to getting TLF up on Bundle Stars, and our delay is the latecomer’s gain. The store is essentially offering a second chance sale that doesn’t end until May 2nd — a launch discount so nice, they ran it twice.

Here’s what the press is saying about the game:

“For fans of space-faring simulation games, it’s more or less a must.”
8/10 – Richard Nolan, Strategy Informer

“Arcen Games nailed it with this game.”
TotalBiscuit, The Cynical Brit

“An exceptional game and quite possibly the best one Arcen Games has released to date.”
9/10 – Vincent Paone, Dad’s Gaming Addiction

The strong launch means a lot more to come for the game moving forward (beyond what Chris has already detailed). We’ll have new details to share very soon. Thanks again to everyone who has made this such a successful release for us!