The Dirty Dozen Sale on Showmethegames.com

You are here:
Bionic DuesOther Indies 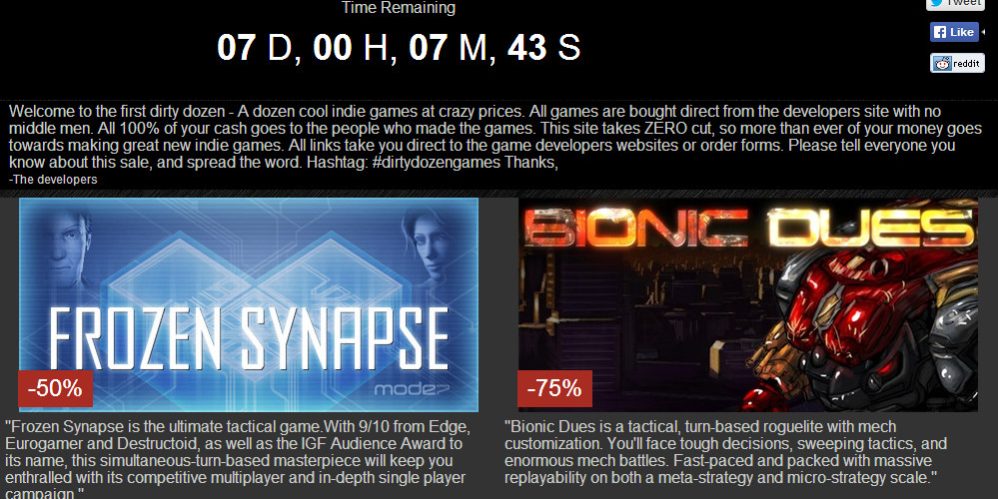 Bionic Dues and 11 other indie titles are on discount this week direct from the developers, thanks to the inaugural Dirty Dozen sale collaboration with Show Me The Games.

Speaking on Bionic Dues, Keith and forum user nas1m (among others) have really helped breathe new life into the game over the past couple months. New options, new achievements, and lots of other good stuff that was actually never expected to see the light of day, once we had decided as a company to move on from the game’s post-release development. If you already own the game and enjoyed it at launch, I’d encourage you to fire it up again and update to the latest beta version (or just wait for the impending official release). There’s quite a few new switches to flip, and some nice improvements to AI behavior as well.

Here’s the full list of participating games, along with sale info (all discounted prices $USD):