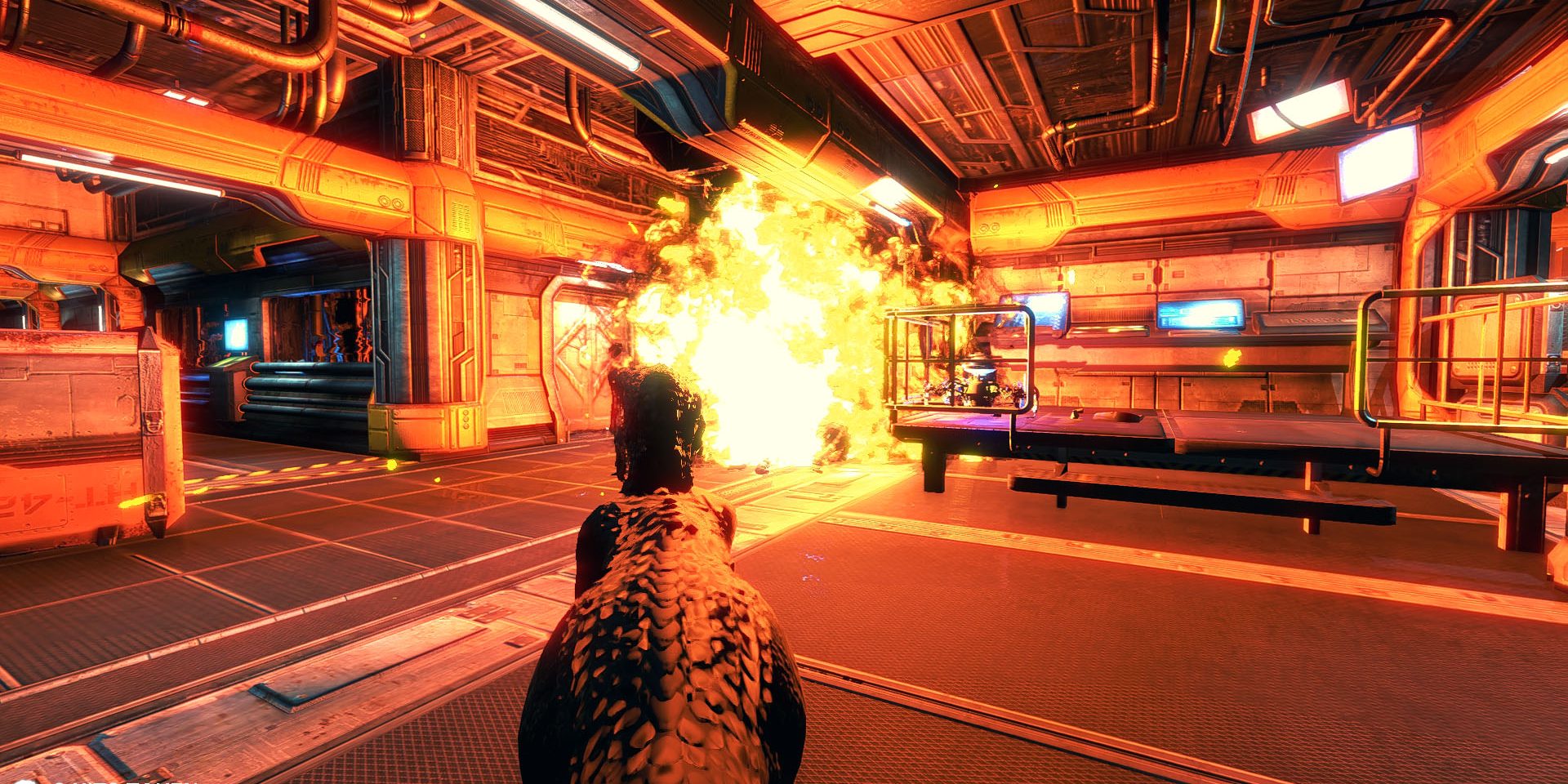 Release notes!  The time has come for us to start putting those out, so there they are.

Ahem.  Now… two steps forward and one step back?  Well, the release is slipping again. 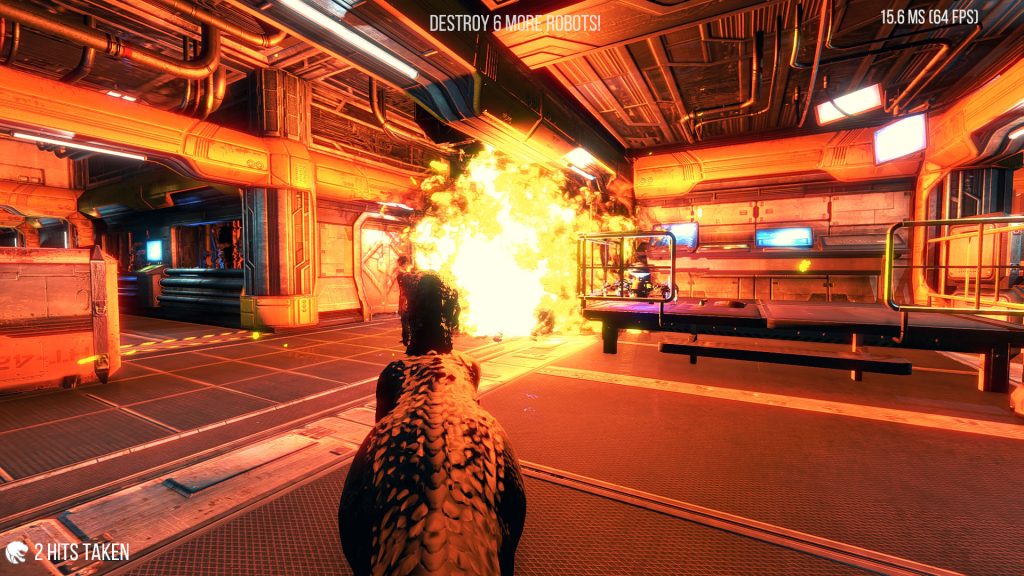 This had better be the last time, I swear.  I said last time that I wasn’t sure it would be possible, and it would depend on if any new things came up.  Well, a few things did: 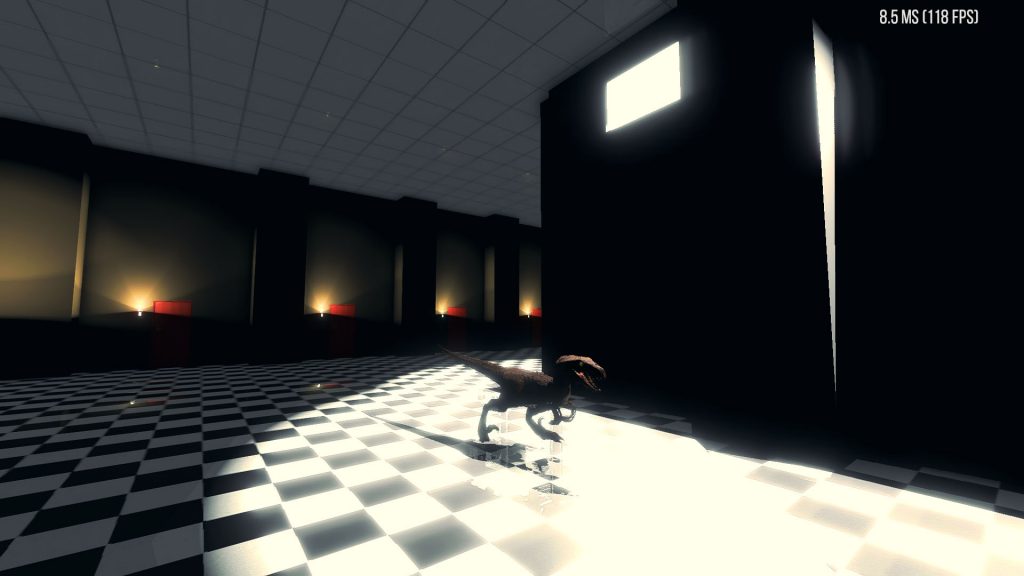 As a side effect of the lighting performance stuff, I had to do some detection to figure out when the raptor is in shadows.  That way the ambient light adjusts up and down so the raptor can see in the dark areas, which are now more pronounced otherwise (the choices were between having it wash out the bright areas or have the dark areas be super dark — this adjustment of ambient light lets me have it both ways, and kind of simulates how your pupils would dilate and so forth in response to light.  It’s not true adaptive lighting from tonemapping, I have that turned off because it causes more headaches than benefits in my opinion, but my thing is the little brother of that idea.)

Anyway, with that data in hand about whether or not the raptor is in shadows… I was able to go ahead and do a lot more with the stealth mechanics sooner than I had planned.  Destroying light fixtures now actually has a purpose aside from being fun.  I always wanted to do this, but I wasn’t sure if I’d be able to do it from a technical standpoint.  Turns out very much yes!  You get a handy little icon telling you when you’re in cover, and all that jazz. 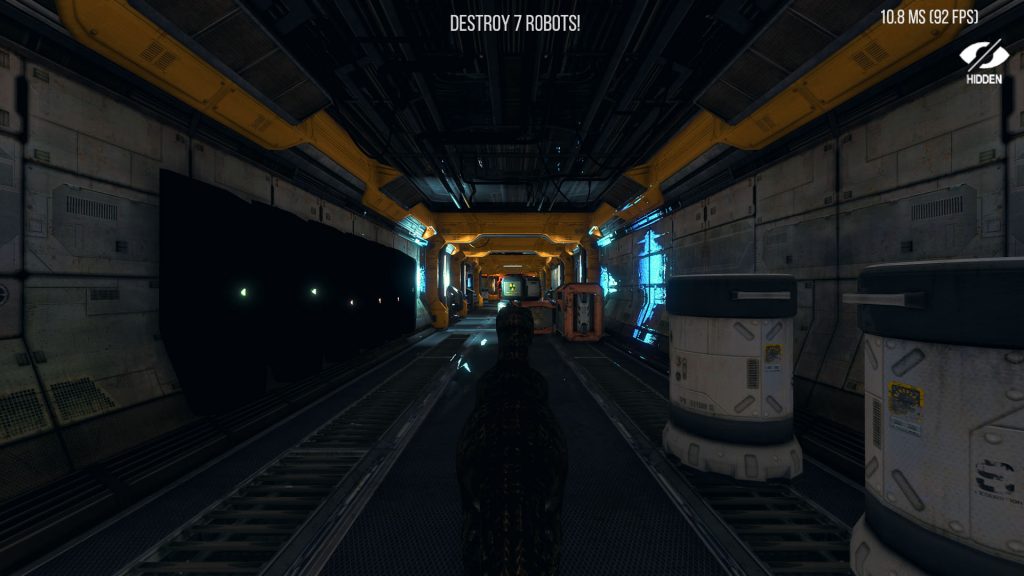 It’s feeling a lot more manageable now that there’s a bunch of content being created by Blue and crew, and I’m not the bottleneck preventing that from even happening at all. 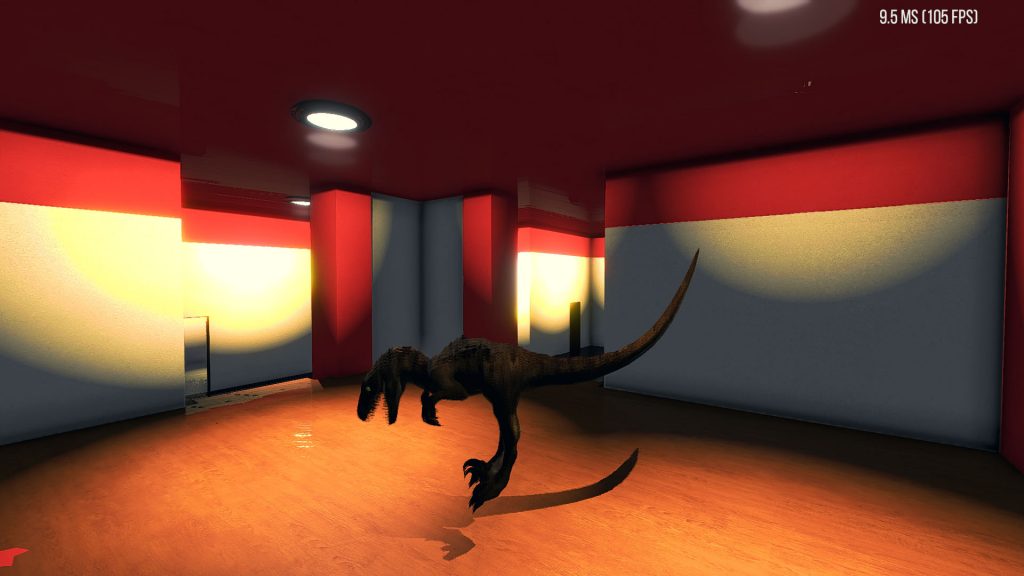 The wiki is also coming to life at the moment.  We have a section on the level editor basics.  We also have a design guide for level 2, the apartments. 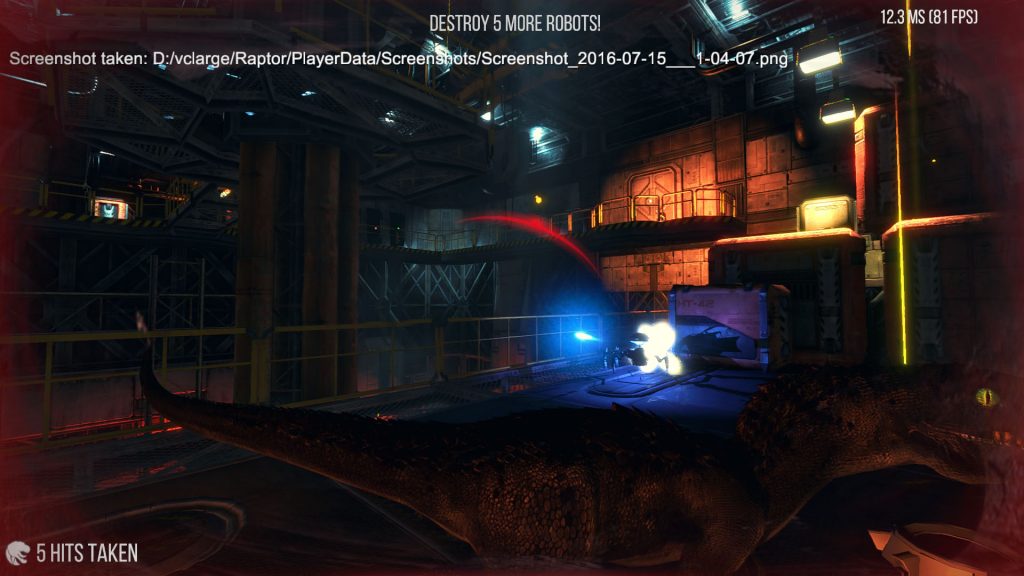 I’ll mostly be AFK until Tuesday mid-day, so I’ll talk to you then!
Chris