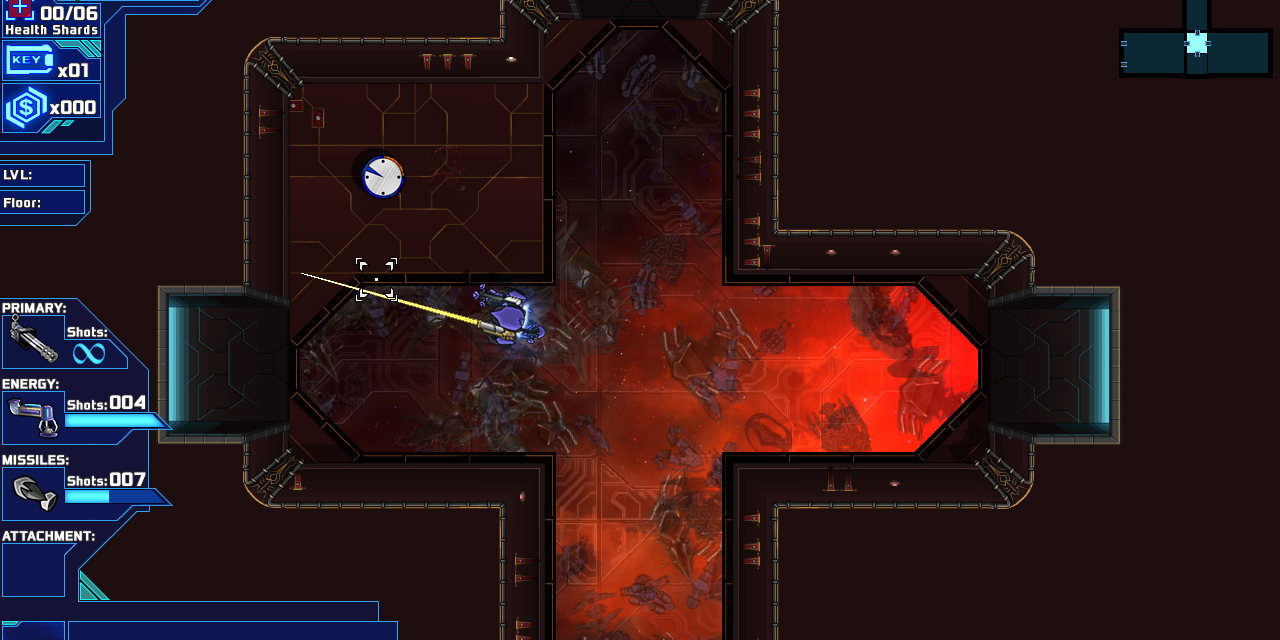 New build!  This one is about refinement more than anything else.  It has sound effect improvements, various bugfixes, some improved enemies and weapons, and a variety of new xml features if you’re into enemy creation or modding.

Also!  This one finally puts a nail in the coffin of that one long-term bug we’ve had with some ricochets not acting as expected in some circumstances.  We’d always see it occasionally, but it was hard to reproduce and even then would be like 1 shot out of 100.  But that 1 shot could be absolutely fatal when playing on Misery mode against a couple of bosses.  So that’s a really good one to finally have out of the way — I think that was our biggest longstanding bug, although not many people actually noticed it.