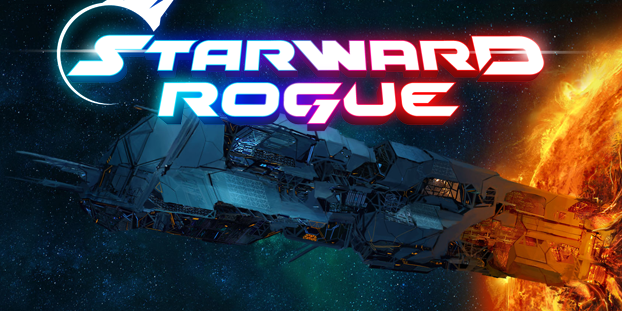 Starward Rogue is a passion project designed not just by myself, but by a team of other hardcore fans of this subgenre. We have several thousand hours in similar games, and we wanted to do something excitingly new without being completely alien.

We had a very tight timeline, so as far as the rest of the world is concerned this game is coming out of nowhere. After months of crunch-mode development we’re still finding it hard to stop playing after each run, so hopefully you enjoy it as well as we do!

There’s a whole lot of new things we want to do with this game, even though it’s already gargantuan. If you want to help that happen and you enjoy this type of game — then tell other people who enjoy this type of game! That sort of word of mouth is what helped us make such huge additions to AI War: Fleet Command over so many years (tons of free updates as well as paid expansions).

Anyway, I’m getting way ahead of myself there. At the moment there is more than enough to enjoy — dozens and dozens of hours at minimum. I think I’m sitting at like 88 hours myself and I really have not mastered everything yet, not remotely. Nor seen all the content outside of unit-testing it. (Others on staff have, though, don’t worry! Not to mention the legion of awesome community testers we have had).

I also really want to thank all the community testers we’ve had over the last two and a half months. You guys were invaluable, both in terms of finding bugs and helping us shave off all the rough edges you could find. Not only that, but a number of you actually made content for the game using the modding support, which other players can now see embedded in the full game itself (no need to download anything extra).

If you’re just coming to the game now (which makes sense, given it just launched), then you’re still free to send us things that you make! If you make enemies or whatnot, we’ll wire up art for it, vet it, and add it into the game if it makes sense within the larger scope of the game. Or it can stay just an unofficial mod that you made if we don’t feel like it quite fits the overall game experience that we want everyone to have. Same deal for item design, room design, and so on.

If you like that sort of thing, enjoy the wiki: https://arcengames.com/mediawiki/index.php?title=Starward_Rogue:Main#XML_Documentation

Try not to get too bogged down in the hugeness of it; the entire game’s content was built using the same tools that you see there, so you can look at any existing content and make variants, deconstruct what we did, and so on.

Anyway, enough about modding: the vanilla game is big and huge and fun and I hope you love it. I got started at an early age (in the early 90s) as a modder and level design enthusiast, so I get happy about modding tools, is all. We’ll be doing videos of us playing the game, and can answer tips on specific bosses, weapons, or otherwise.

More story and voice acting is coming soon, too, as well as more content drops. Thank you very much for your support of our team — we couldn’t do it without you!