You are here:
ArtGame DesignNewsworthyStars Beyond Reach 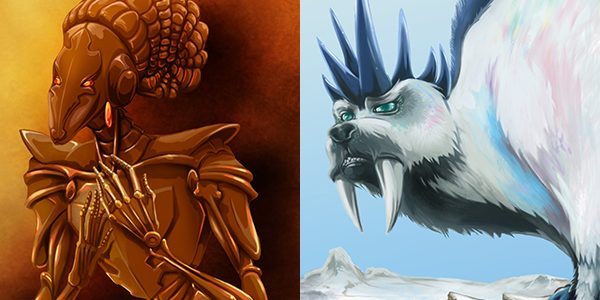 New details for you, and some new art!

A bit more than a week ago, I announced Stars Beyond Reach, which you can read a lot more about at that link.  The very-short explanation is that this is Arcen’s first true 4X title: think Civilization meets SimCity meets AI War meets New Stuff.

A much longer while back, I did a preview of the races that are going to be in the game.  There are 14 races overall, 8 of which are playable by you, and 6 of which are always AI-only.  The AI-only ones work completely differently from all other races, using their own unique set of buildings and their own rules for how they grow and expand and so on.  Adds quite a bit of variety.

One of the things that adds even more personality and variety to each game is that there are 3 potential leaders for each race.  Each leader has different bonuses (like leaders and civilizations do in Civilization or most RTS games), and different dispositions (that are still fitting into the larger general framework of their race as a whole).  Each one of those leaders gets their own portrait, so that you can tell them apart well.  Here are previews of a few of them: 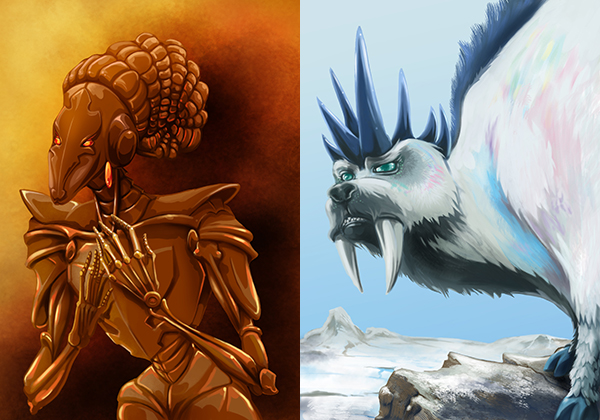 One Andor leader and one Boarine leader. 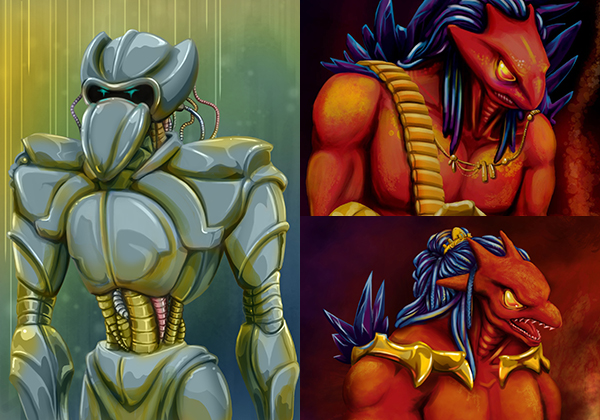 One Acutian leader and partial views of two Burlust leaders.

I’m really happy about how those are progressing — it’s so much more fun and unique than just doing lots of human leaders, because with alien races like this, the races themselves start out with such distinct visual personalities.

With the Burlusts, you can see that the top guy is more of the scheming sort, and he has a slighter and more youthful build.  I actually scaled the bottom guy down a bit too much, but he’s excessively burly and more your “traditional” Burlust warlord who rules by strength.  Suddenly I’m wishing I hadn’t cut off his biceps so much in the preview picture, but oh well.

Distinct personalities to the races and the leaders are a big thing to me, and something that I know was a big complaint for a lot of people with Civilization: Beyond Earth.  I think we’re definitely on track in the visual portion of what we’re doing here, at least.

Hey, while I’m sharing art, here are a few partial screenshots of other things we’ve been up to:

This Boarine city is just a test one, so it’s not really organized in any sensible way.  But you can see some new buildings in it!

Each of the races also has multiple unique types of terrain that are specific to them.  In the past I’ve shown screenshots of kind of the “vanilla” world terrains that are native to the planet itself.  However, the competing races are terraforming as they go.  As you approach their cities, you first start seeing their very distinctive terrains.  We still have a lot of artwork left to complete in that department, but it’s coming along really well, I think, and is another thing that really helps to bring out the personality of each race just when you’re looking at the area of their city alone. 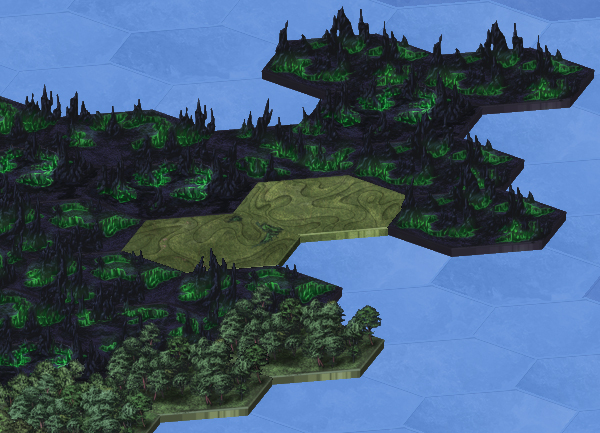 Above is the Thoraxian “ravines” terrain type.  Very evil and green-glowing.  Just getting near the Thoraxians is kind of a Mordor sort of feeling for me. 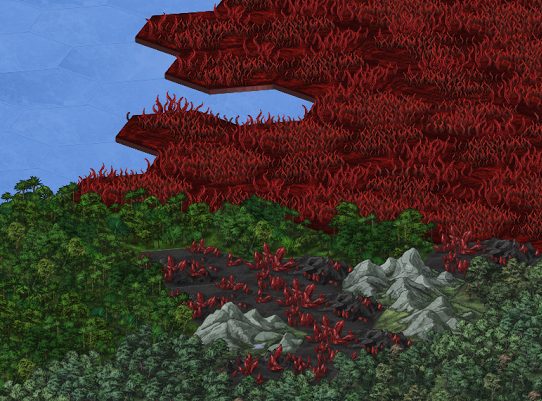 The Burlusts, on the other hand, have a very blood-red sort of terrain that reminds me a bit of War of the Worlds.  This is the “tentacle fields” terrain type that they have.

That’s all for now!  Although I imagine that some more questions may pop up in the official forum thread, as usual, heh.  There has actually recently been a really good thread called eXplore, the first of the X’s, where a lot of questions have been answered.

UPDATE: I had been having various troubles with the z-buffer and alpha transparency, which is a very common problem in game development.  Previously my solution left a lot of ugly aliasing around the edges of buildings and some terrain.  That is now fixed as of this morning, so here are some new screenshots showing buildings without the aliasing!

Click the above for a full-resolution view, or check out the two below halves of it which are embedded at full resolution. 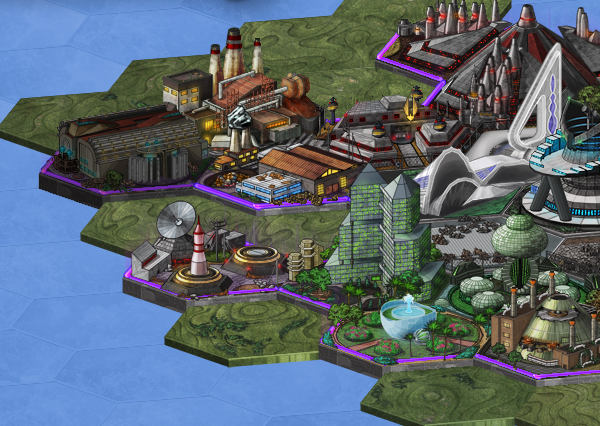 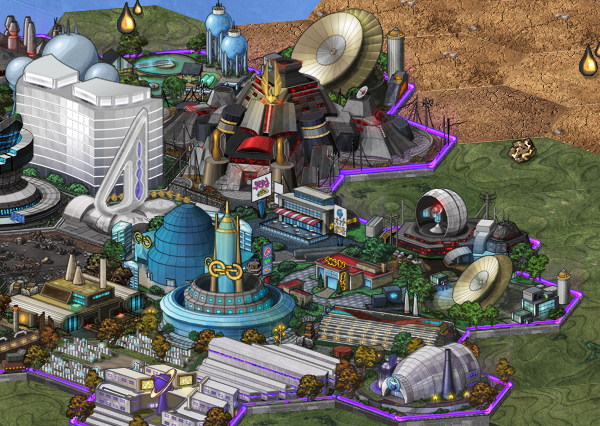