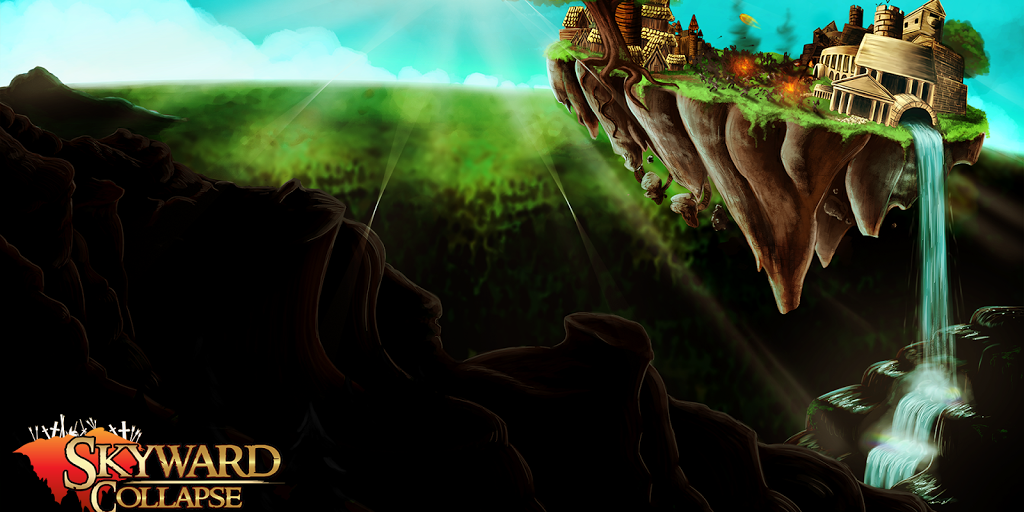 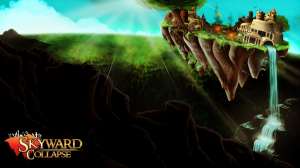 Skyward Collapse is heading to 1.0 in just about a month, and beta within about two weeks.  We’ll have more details on the game as we get closer and closer to that time, plus a few other surprises that I think you’ll find very fun.

In the meantime, I’d like to share with you this awesome wallpaper that was created by our very own Daniette “Blue” Wood.  I haven’t officially announced this before, and should have, but we have a new art director!  You can read a bit about her on our About Us page.  Folks in the forums for the game have been enjoying periodically getting to watch her livestream her work on this particular piece.

This wallpaper is also the background of the main menu for the game, and you’ll be seeing it as the main “promo art” for the game in general.  Click on the above image to get the full-size 1920×1080 version for you to download.  Enjoy!

UPDATE: Apparently blogger sized down the image to 1600×900 without my realizing it.  I’ve uploaded the full-size version on the forum thread about this post.