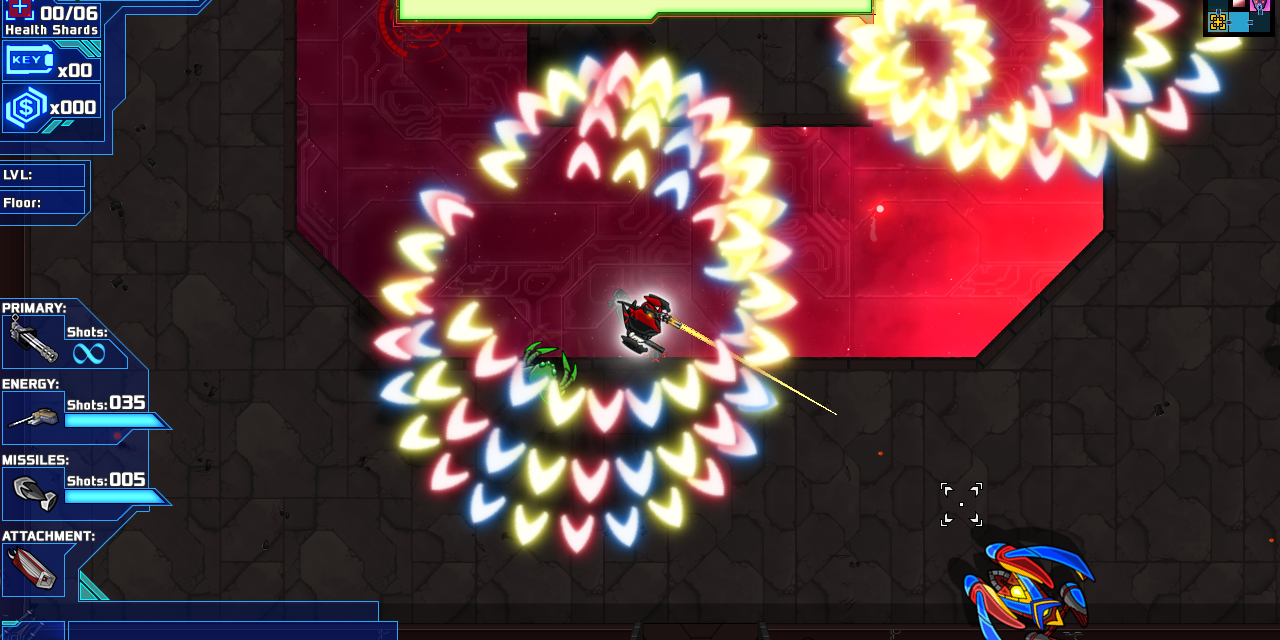 First of all, thanks for you support of the game. It’s really a good feeling to see all those positive steam reviews, I have to say. 😀

Secondly, we’ve been doing a laundry list of small updates and tweaks to the game based on feedback from the new, expanded group of players for the game. As you know, even having 100ish testers isn’t going to catch everything, so again we appreciate your patience while we sort through the things that the larger group of players is now inevitably finding.

Also! It’s not “bugfixes and balance all the way down.” 🙂 We’ve got some new stuff for you, too. A new boss called “Backfire,” and a new music track, have both been added.

More stuff is coming soon on both the “more free stuff” front, and the polish-and-wax front.

This game definitely has come out of nowhere, so that is something we are very much fighting right now. The response from players has been really positive, but our overall visibility is a bit frighteningly low compared to some of our past releases. So our sales numbers really aren’t where we want them to be right now, even though things like our conversion rates and so forth are some of the highest we’ve ever had.

I really want to keep building on this game, and I hope you want to see that also, so be sure and spread the word if this is something you like! We really appreciate it. We’ll be back later today with another update for you. 🙂