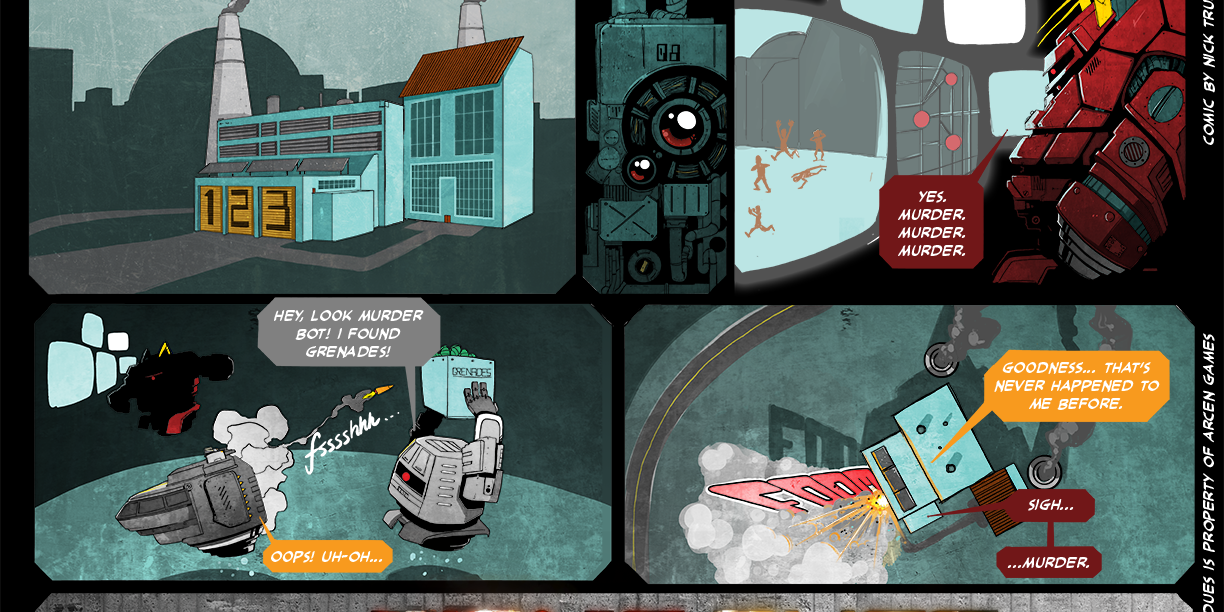 This one is a bit more tidying up in preparation for the next official release. I’m hoping that will be later this week; we’ll see.

If any of you have been getting sniped by BlasterBots in range of your spawn point, you’ll be pleased by the change that makes BlasterBots not be able to fire their gamma-ray laser (as opposed to their primary, shorter-ranged weapon) until they’ve been active for 3 turns.