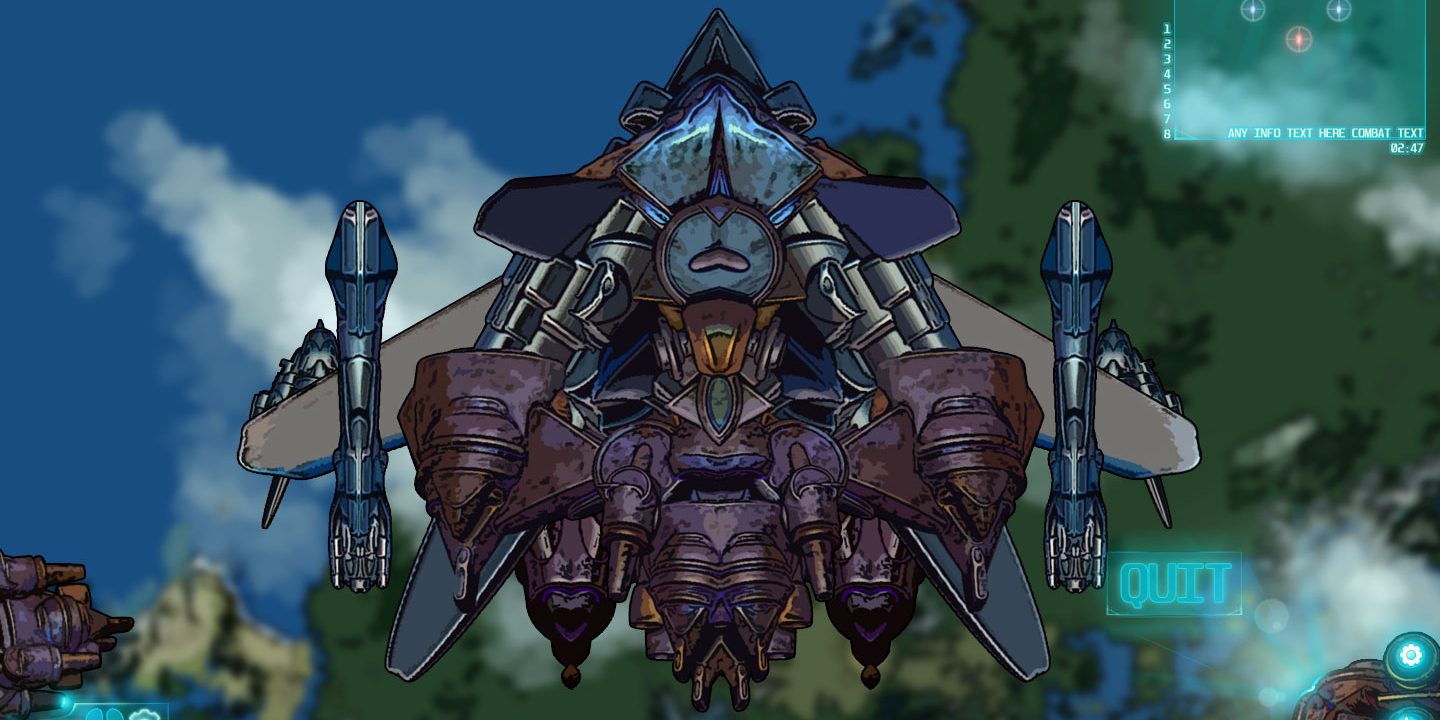 Airship Eternal is a bit of a funny project, because it is both in its infancy and extremely far along. We’re barely in pre-production, but the code is around 70% done. How does that even work?

Well, you may know that The Last Federation went through quite a number of combat models prior to its 1.0 launch. The next-to-last combat model was basically a pure SHMUP set in space, and it was super fun — if you like that genre of game. Ultimately we moved away from that combat model for TLF, because we felt like requiring players to like both deep strategy games AND a more twitch-based SHMUP in order to play TLF was… well, a super bad idea, to put it bluntly.

So combat in TLF went turn-based, and actually became something really cool and unique in its own right, while we set aside the code for the SHMUP we had built and said “we’re going to come back to that someday and build that into a full game, because it is too fun to let lie.”

Airship Eternal is that game. Or, well, will be. At this point all we’ve done is set aside that TLF code, as well as do a lot of larger game design work and art concepting work. So it’s in what you’d call “pre-production,” really.

The idea here is that the game is set in the upper atmosphere rather than in space. We’ve got a variety of other far-below terrain types beyond what is shown above, and a lot of other ships, too. All of the larger ships all come in pieces (already even in the concepts), and can be blasted apart piece by piece in good SHMUP fashion. The smaller ships just explode, but that’s generally the idea with that sort of thing in SHMUPs.

What’s one big thing that will differentiate Airship Eternal from other games in its genre? Well, I don’t want to get too specific since a lot might change once we hit the prototyping phase and start testing out the larger game flow. But the general concept is that we’ll be using our skills with procedural generation to make unique battlefields that you can free-fly around in. In other words, no linear upward corridors.

I don’t see this as being a huge project for us, it’s not something that is going to be our next AI War or something. It’s not a flagship product that you’ll spend hundreds of hours with (well, somebody does with every game, but I mean people on average). This will be a relatively inexpensive game for us to make and for you to purchase, and the focus is going to be on focused fun while at the same time giving you more of a sense of freedom and purpose than in a lot of the rest of the genre. It’s the sort of game I see myself sitting down to play a few rounds of with my son 10 years for now, just because it’s “bubble wrap popping fun,” as Keith and I tend to say. Right now we’re working on a few other really huge projects, but once those are done this is currently next on our list, and we’re looking forward to varying things up with something smaller and relatively simpler.

Forums for the game