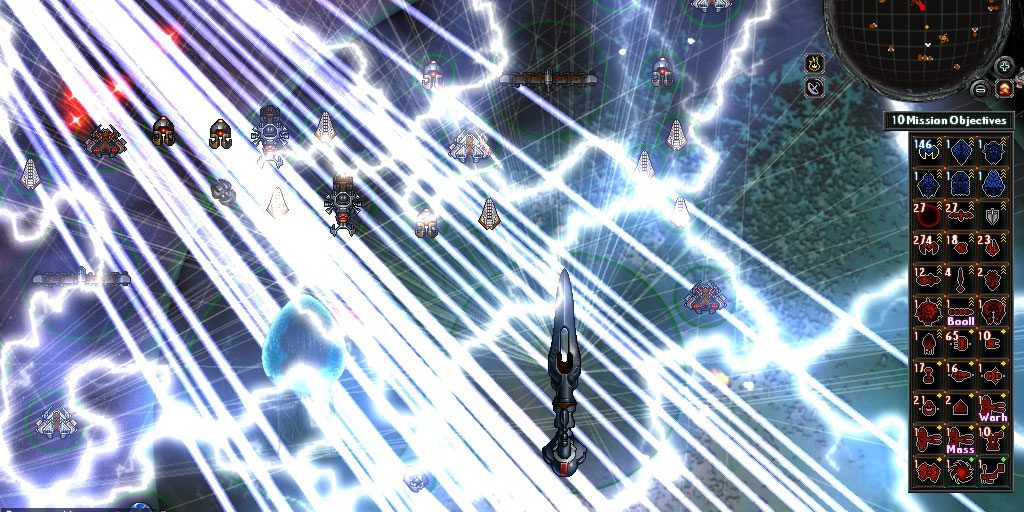 This one is mainly an iteration on recently-in-progress stuff:

– Hacking used to scale just with your hacking balance, but this could lead to hacks not getting more dangerous). Then it was changed to scale just with hacking-spent, but that got uncontrollably dangerous past a certain point no matter your hacking balance). So now it’s something of a middle ground, with the balance reducing the response again but with a minimum response that increases with hacking-spent. Long story short you shouldn’t be stuck with large hacking balances that you can’t spend without the sky falling, but the response should also never be anemic. We’ll see; more feedback is of course welcome (and needed).

– Spire Cities are now much more fearsome, to correct for years of numeric creep among non-superweapon units. This is one of those changes made easier by the recent global stat-downscaling. The AI looks pretty unhappy about this.

– Champion Alt-Progress is now much more streamlined in how you get new module/hull/mod-fort/etc unlocks: it just all comes through gaining levels now (which is done entirely through gaining knowledge), rather than needing to capture/hack certain things. This is a more passive approach, but ultimately the normal-progress approach of nebula scenarios to gain XP and unlocks is the “active” option, and alt-progress is just for folks who’d like to have their champion toys without having to go radically out of their way to get them. So we’ll see how that goes. For any of you interested in the alt-progress approach to champions, please do let us know how it feels.

And there’s a bunch of various bugfixes and smaller balance changes, etc, including fixing some bugs preventing the loading of some older saves (from 3.x or earlier days).

Update: 7.035 is out to hotfix a null-exception bug in last version’s attempt to fix thing with exo ships with cloaked targets camping the cloaked target.