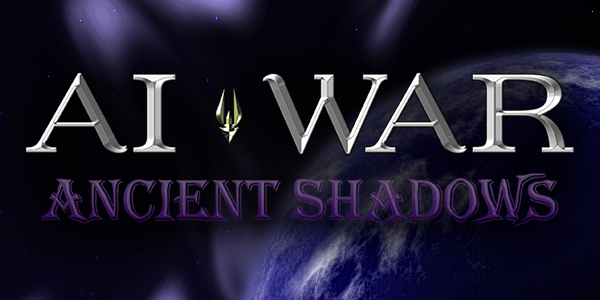 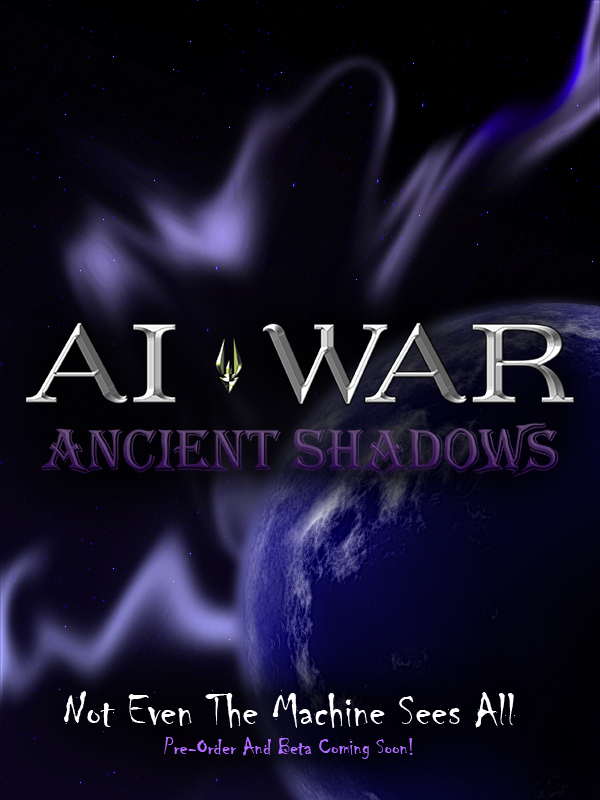 To stave off the inevitable questions, and because we’re not that cruel:
Is This The Fourth Expansion Pack For AI War: Fleet Command?
Yes.
When Will The Expansion Be Coming Out?
In all likelihood, October.

When Will The Beta/Preorder Process Start?
“Soon.”  In the past with our AI War expansions, we set the game up for pre-order as soon as we were adding the first ships into the game.  This time we’ve taken a different approach, and there will be substantially more content available from day 1 of the beta (which all preorder customers get access to).

What Will The Full Price Be?
$4.99 USD, the same as our other full expansions are currently priced.

But The Other Expansions Started Out At A Higher Price
Yes, originally The Zenith Remnant and Light of the Spire were $9.99.  Ancient Shadows will have a bit less content than those two expansions due to starting at the lower price point.  However, we feel that the content represented here is exciting enough to make this expansion more than hold its own if you’re trying to choose between this expansion and one of the others.

What Is The Focus Of The Expansion?
Every expansion up until now was focused on a single alien race (zenith, neinzul, and then spire).  When we released the “Alien Bundle” last year, we also mentioned that that marked the end of the alien-themed expansions.  Thematically, this expansion returns to all three alien races plus the humans themselves.

Will There Also Be Updates For The Base Game?
A few.  It’s more along the lines of what changed between AI War 2.0 and The Zenith Remnant (3.0), but still good stuff.  The game has been slowly refined since Light of the Spire came out in early 2011, and our opinion is that it’s not in need of another major overhaul like we saw with 2.0 or 4.0.

Will This Impact Development Of A Valley Without Wind?
It hasn’t so far. 😉  We’re going to be exerting a more concerted effort to go ahead and get this thing finished once we open it up for preorders, so that will in fact pull Keith away from AVWW for about half his working hours for the next month or two of development.  Chris’s focus will remain almost solely on AVWW during this time period, although he’ll be supporting Keith with art and some other related things for AI War 6.0 and Ancient Shadows.

What’s The Feature List?
We’ll have more information on this sort of thing for you later!  Right now we’re playing this a bit close to the vest (uncharacteristically for us, I know).

Anything Else You Can Share?
Well, here’s a graphical preview of some of the ships!