I’m now back from traveling, and so is Keith, so that’s nice to be back to normal on that front.  This new build includes a ton of backlog work that Blue and Cinth have done over the last couple of months that I’m only now getting integrated into the game proper — namely, visuals for 34 classes of ship in the game!  That’s a pretty hefty chunk on top of what was already done, and there’s a lot more in the short-term pipeline on that stuff, too.

Beyond that, Keith has continued his testing-and-revising work, and that’s led to a number of quality of life improvements.  Community member BadgerBadger has also made improvements to his Nanocaust faction, and those have been integrated.

Keith has also done another quartet of videos for this new version:

Keith writes: And now for something moderately different: some playtesting to help identify the main things in the way of the play experience. Ends predictably.

Keith writes: The day Galaxy Map Display Modes were unleashed on an unsuspecting universe:(probably not very unsuspecting, considering that AIWC had such modes, but they weren’t moddable!)

I’m not sure how many of you find 1h45m videos of coding “enjoyable”, but if so: enjoy 🙂 If not, an example of how to mod in a new display mode starts around 59:27. 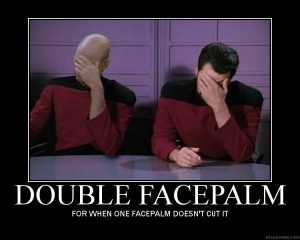 Aside from Chris: I also just have realized, after working with Keith for literally 7 years now, that I’ve been pronouncing his last name wrong this entire time.  In countless videos and interviews and podcasts and who knows what.

Keith writes: A quick change to mapgen to seed some nearby strategic objectives and make the early-early game decision of “which way do I expand?” more interesting.

At less than 20 minutes, this is a lightweight 😉

I’ve got another one that’s like an hour and 40 going through processing now, though, in case you have an excess of time to burn.

Keith writes: The Build Menu has an encounter with a chipper-shredder: You can see the current state of the menu around 1:30:05, if you’d like to cut to the chase. But there’s a lot about how to work with the UI system leading up to that. Iirc, 100% of the actual changes were in external code and xml, so stuff that’s possible for a modder.