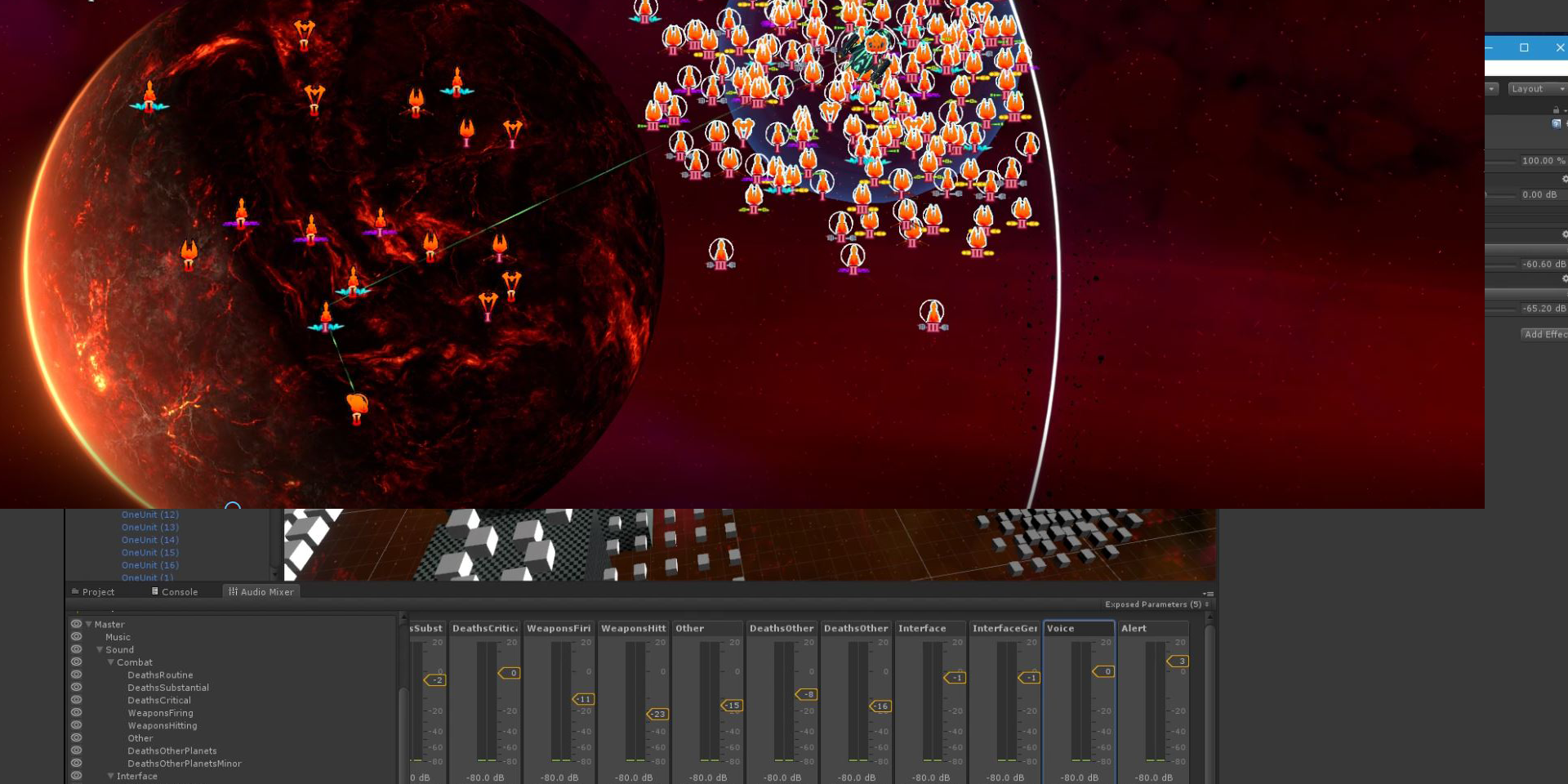 New version!  Release notes here.  They are long, and in parts technical if you’re interested in the innards of our new sound mixing system.

If you’d like a quicker look at the results of the sound mixing system, as well as a brief video-based overview of it, then here you go:

I had, naturally, hoped to get ALL of the shot graphics into the game today, and have their sounds linked up to them, and get the existing voice work integrated into the game… and of course that didn’t happen.  I was super tempted to delay the release because I didn’t have every last thing in it, but already there’s so much goodness in here that there was no point in waiting.

One of my favorite things was actually coded by community-member and top-bughunter BadgerBadger: the ability to name your savegames.  We hadn’t had time to get to it yet, so he said “heck, I’ll do it myself.” :)  That was a side benefit to open sourcing those parts of our code that I hadn’t really anticipated!