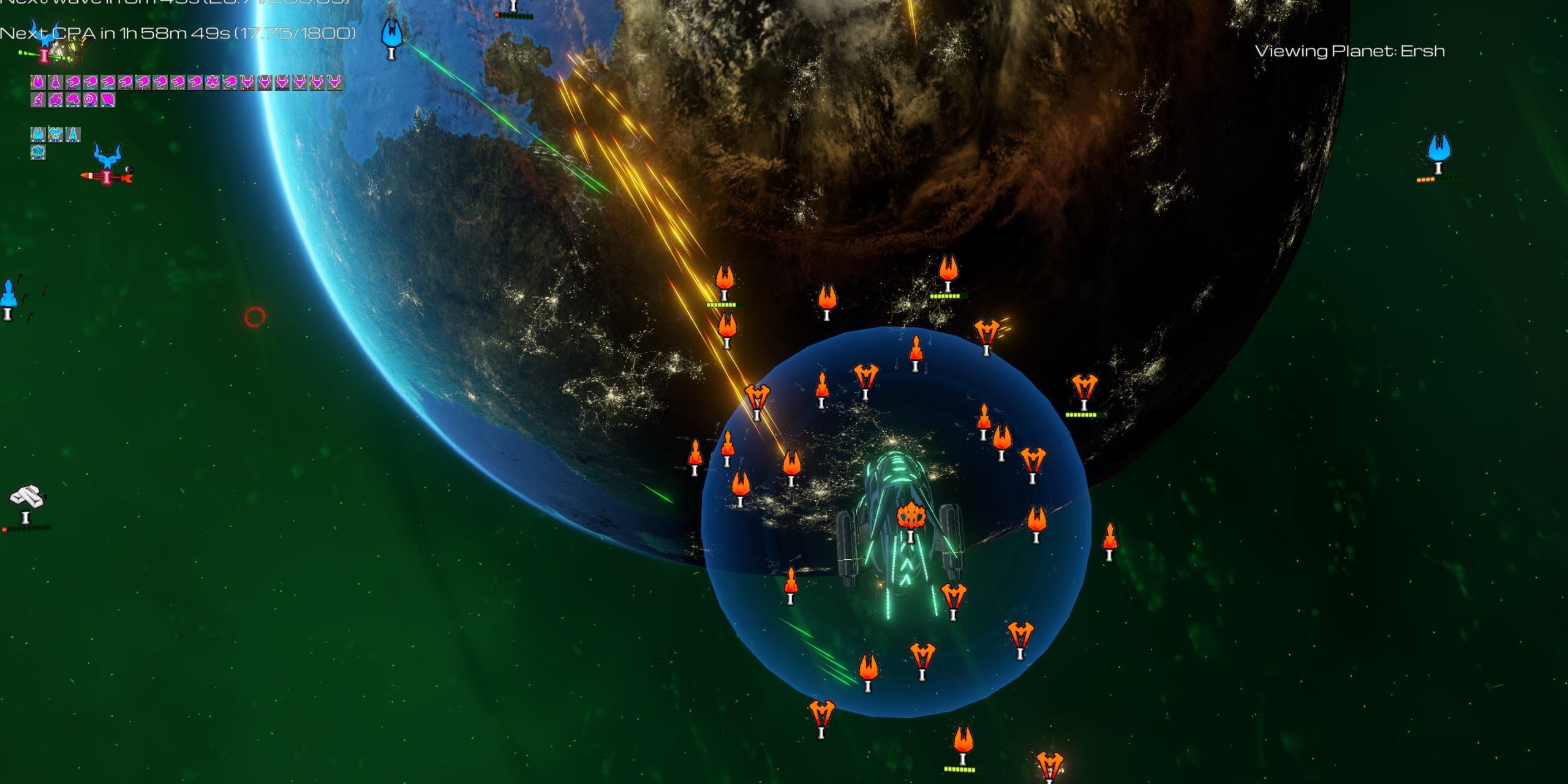 New version!  Release notes are… here on the forums?  More on that a bit later.

First up, there’s a new video where I do a bit of show and tell relating mostly to performance and some of the visual things:

Regarding the sprite compound-batching thing, I wrote about that in the last release post, and now you can see it here actually in action.

There are 14 new ship types in this version, including the first of the golems.  There’s only one more batch before we have the original “target ship list for Early Access” done.  That isn’t all of the ships for 1.0, just to warn you — the spire ships, the interplanetary cannons, and the Nemesis stuff is all for during the early access period, not prior to it.

There may be a few other odds and ends for after EA starts, I’m not sure.  But basically the list of ships for implementation during-EA are ones that came from stretch goals on the kickstarter, plus a few that will require particular refinement for whatever reason.

What’s Up With The Wiki??

Well… okay, so we’ve had a bit of a saga going on since late last week.  Basically we had some admin human error on our end — it happens to the best of us — and we managed to corrupt our forum database.  That should have been no problem, because we have 10 days of rolling backups with hostwinds, our web host.  We’ve been using them for a few years, and have been happier with them than we had been with rackspace, hostgator, A2, and whoever else we hosted with in that time.  Gets hard to keep track over 8 years, sheesh.

Anyway, the short version of the story is that Quinn has been on the phone and on chat and email with them constantly, and they’ve had a really hard time actually restoring things properly.  It’s been quite unpleasant, and a real surprise after our previous excellent support interations with them.  We’ve had to do restores before with other web hosts, and possibly even with hostwinds, but this time things just haven’t been great.  It’s been a comedy of errors and other issues all around.

Anyway, the wiki is down as a casualty of that, at the moment.  So far as I know there was no data loss with the wiki, but I certainly wouldn’t swear to it.

Yeah, as part of the forums backup restore, we lost about seven days of data from there.  We definitely did not lose any data from mantis or the wordpress sites.  And obviously anything on Steam or kickstarter or backerkit is all unaffected.

TLDR: We’re super-duper-extra careful with the data that really truly matters — anything to do with customer data, code, tools, or whatnot.  We thought we were being careful with the website stuff as well, but we were relying on a single point of potential failure (one service and their own backups) rather than having a second tier of backups or a secondary service for the backups.

That was… clearly a mistake, we now see.  In the past we’ve used a secondary service to back up our website, but now we’re clearly going to need to be in the market for a service like that again.  If anyone knows of one they trust, please drop us a line. :/ 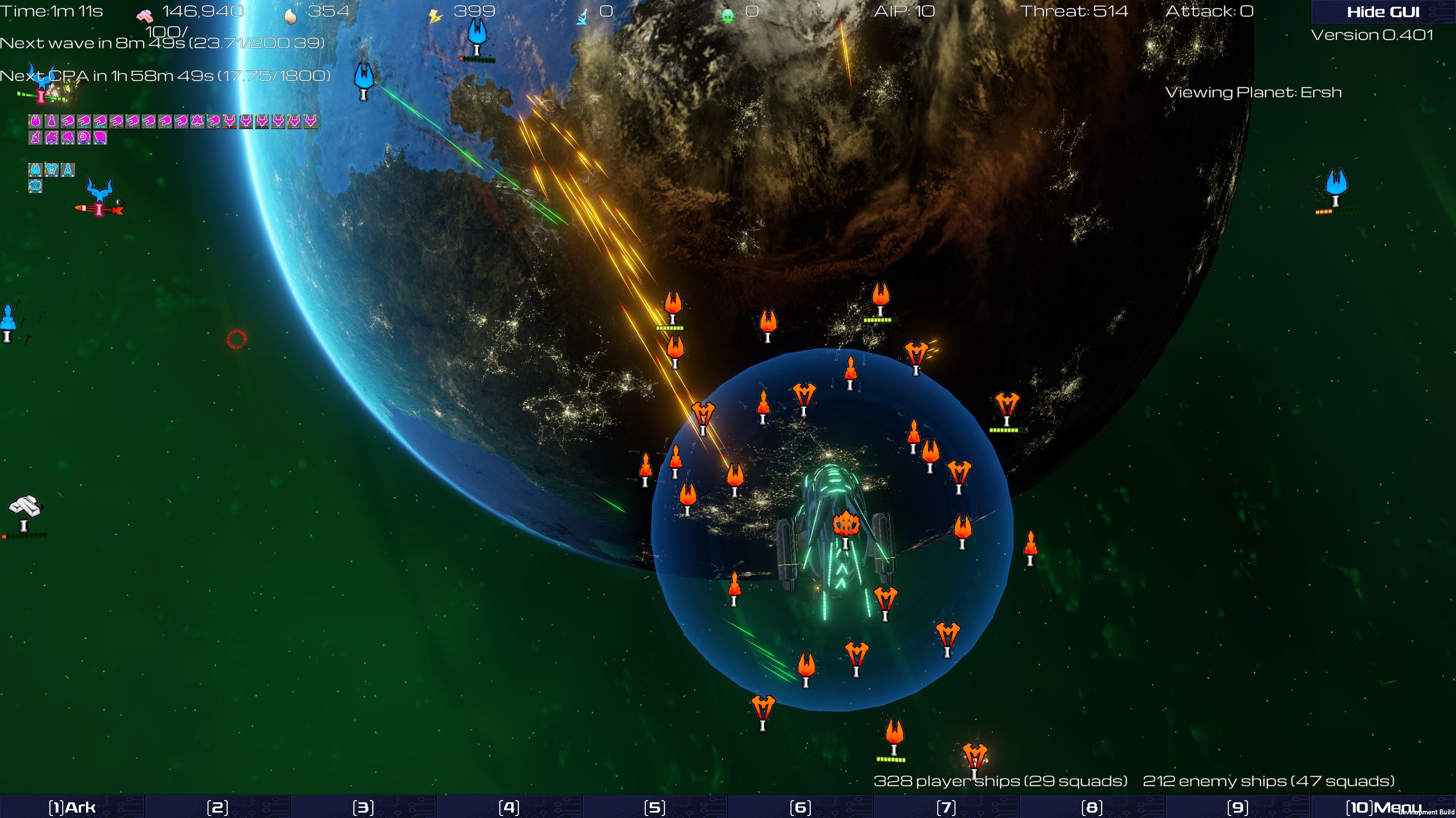 We’ll get the wiki updated with the new stuff when the database issues get sorted out there, but the good news is that since Quinn has been handling all of this (hugely frustrating) stuff, Keith and I have not been interrupted in our coding at all.  I like keeping our productivity tools spread around a bit partly because there’s then not one single point of failure, to be honest.  It’s come in handy at least once in most years we’ve been in business. 😉