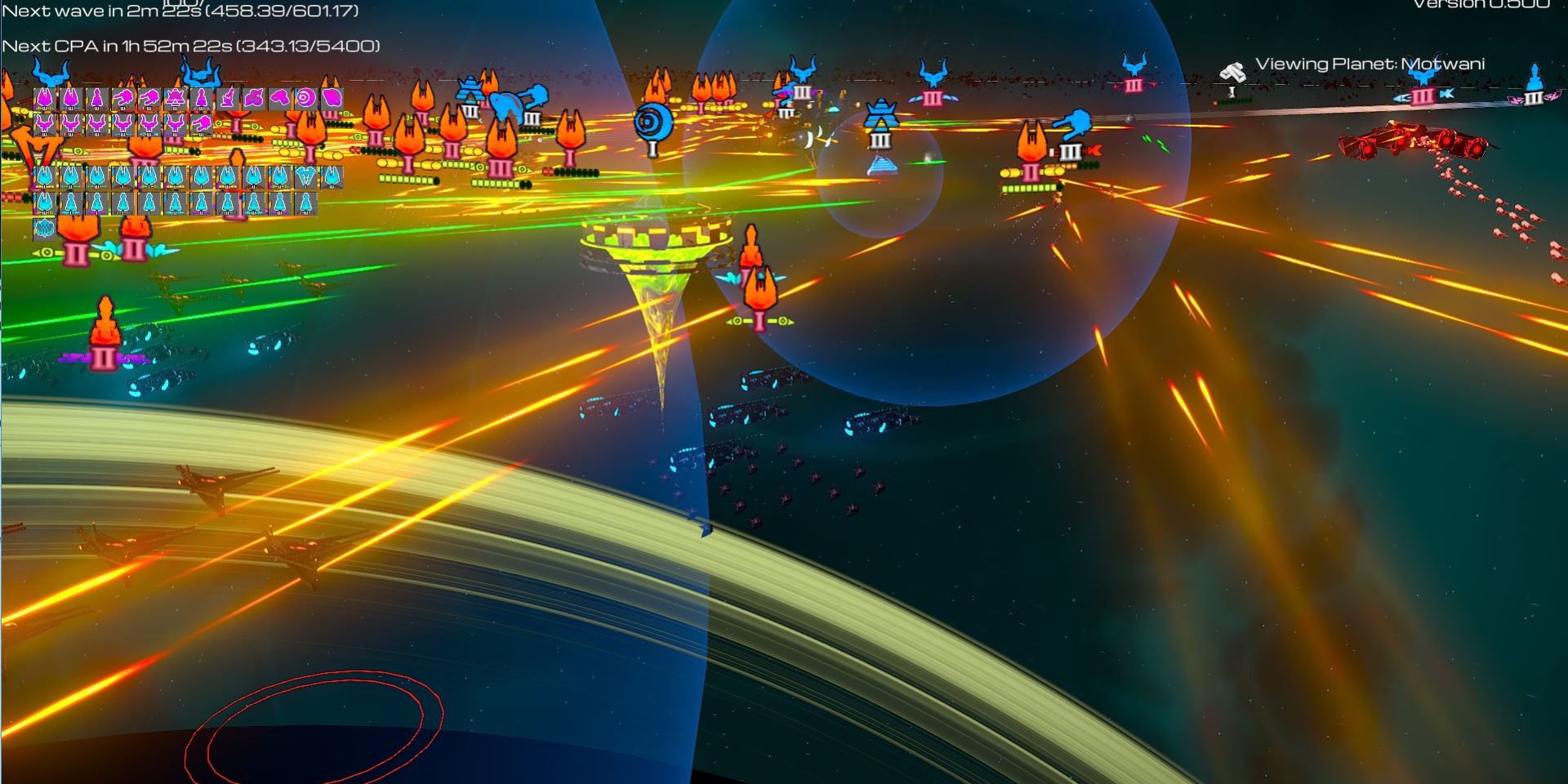 Still not time for “beta” status, or Early Access, just yet.  If you’re waiting for the smooth gameplay experience, there’s still a bit to go — but that’s now squarely the next thing on Keith’s plate (and the GUI is a big part of that, yes).

The release notes are here. 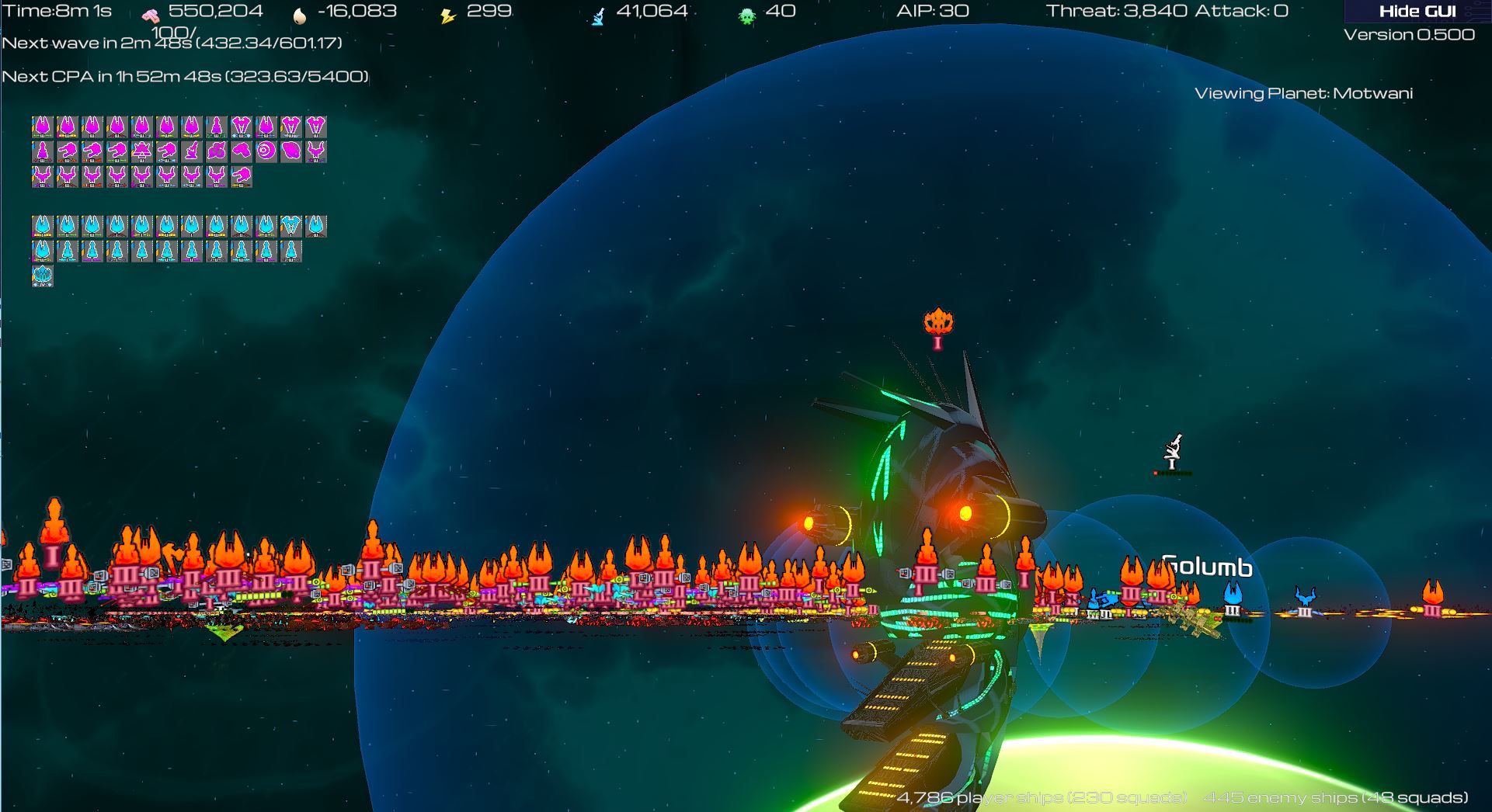 There are two dire guardians in this one (which are two of the most nasty ones), and then there are four big honkin’ Zenith golems.  This includes the Dyson Sphere, the Zenith Trader… and yeah, the Devourer. 🙂  Ho-lee smokes.

Bear in mind that these are the last of the ships until things are playing really well and the interface and whatnot have matured substantially.  Sometime during the Early Access period when things are running well, Keith will work on those interplanetary weapons (a stretch goal), the spire stuff (another stretch goal), the Nemesis (yep: stretch goal), and whatever other minor stuff might be left that I’ve overlooked.  I think basically everything else is in the game now, though. 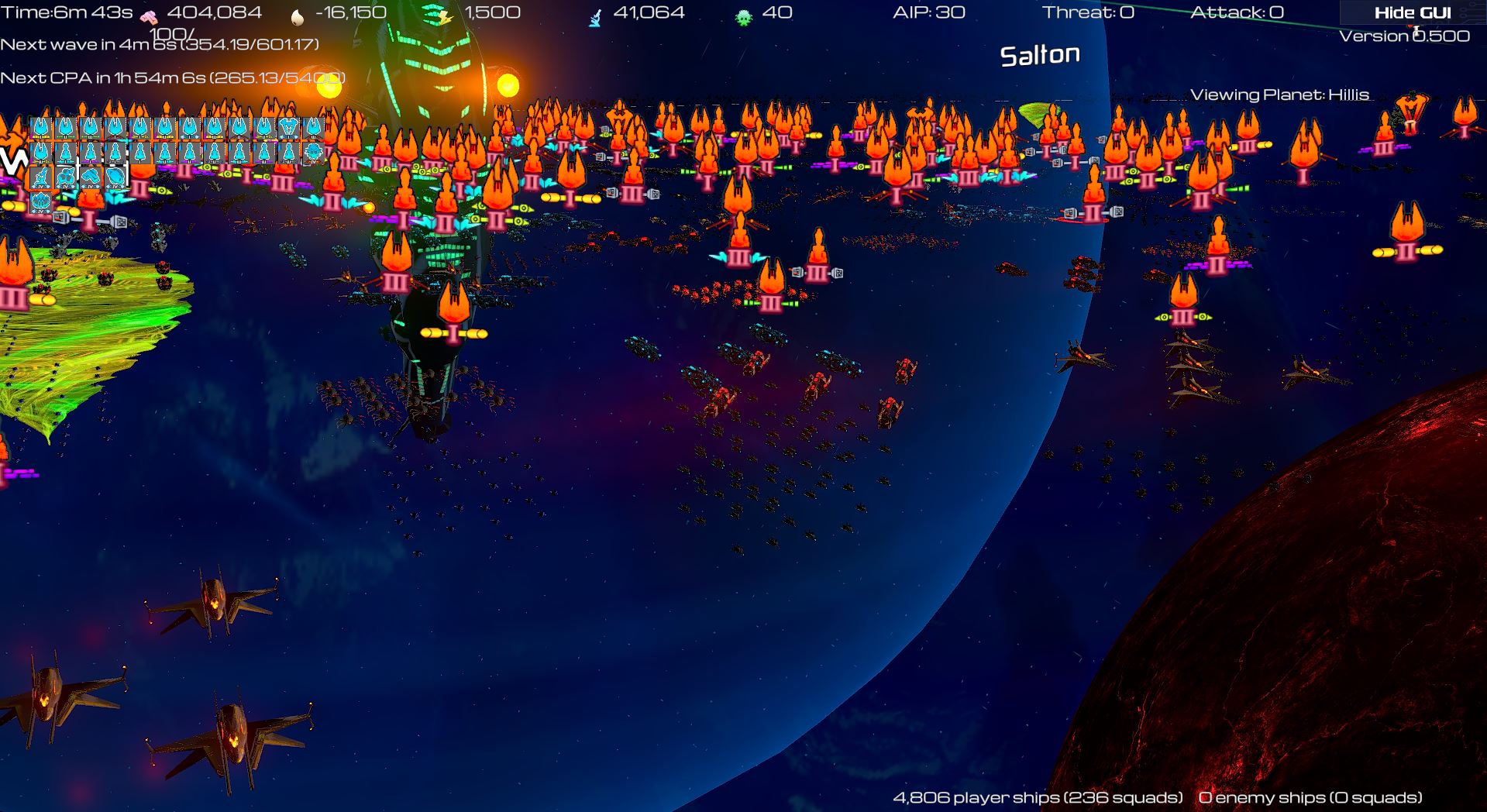 Anyhow, so this is a very big milestone for us, because that means that Keith’s focus can stop being on content, and can shift instead to refinement, usability, and all that sort of thing.

I’m finally done with all my performance-chasing stuff as of a little while ago, and as of last release the sound system is in place (though not with all sound effects yet, of course), so cumulatively this makes for quite a satisfactory 0.500, I think.

I just finished redoing that, right!?  Well, it’s been redone yet again thanks to some issues that are detailed in the release notes.  The overall look is pretty similar to what it was before, except things are a little crisper and better antialiased, and there’s a very slight vignette effect.

The big difference is in the bloom effect, which is generally more subtle now, but also more diffuse and thus a bit more dramatic in how it blends things around.  Previously things were super intense in their bloom in a short range, but now they’re intense in their immediate area, then fade out more gradually.  Gives a more natural look.

Additionally, in order to deal with the flickering glimmering lights that could happen in some cases previously, the game now uses a much longer (about 3/4 of one second) temporal filter on the bloom, which can cause some really pleasing light trails that are purely a screen-space (and thus “free” in terms of performance) effect.

You can see that with: 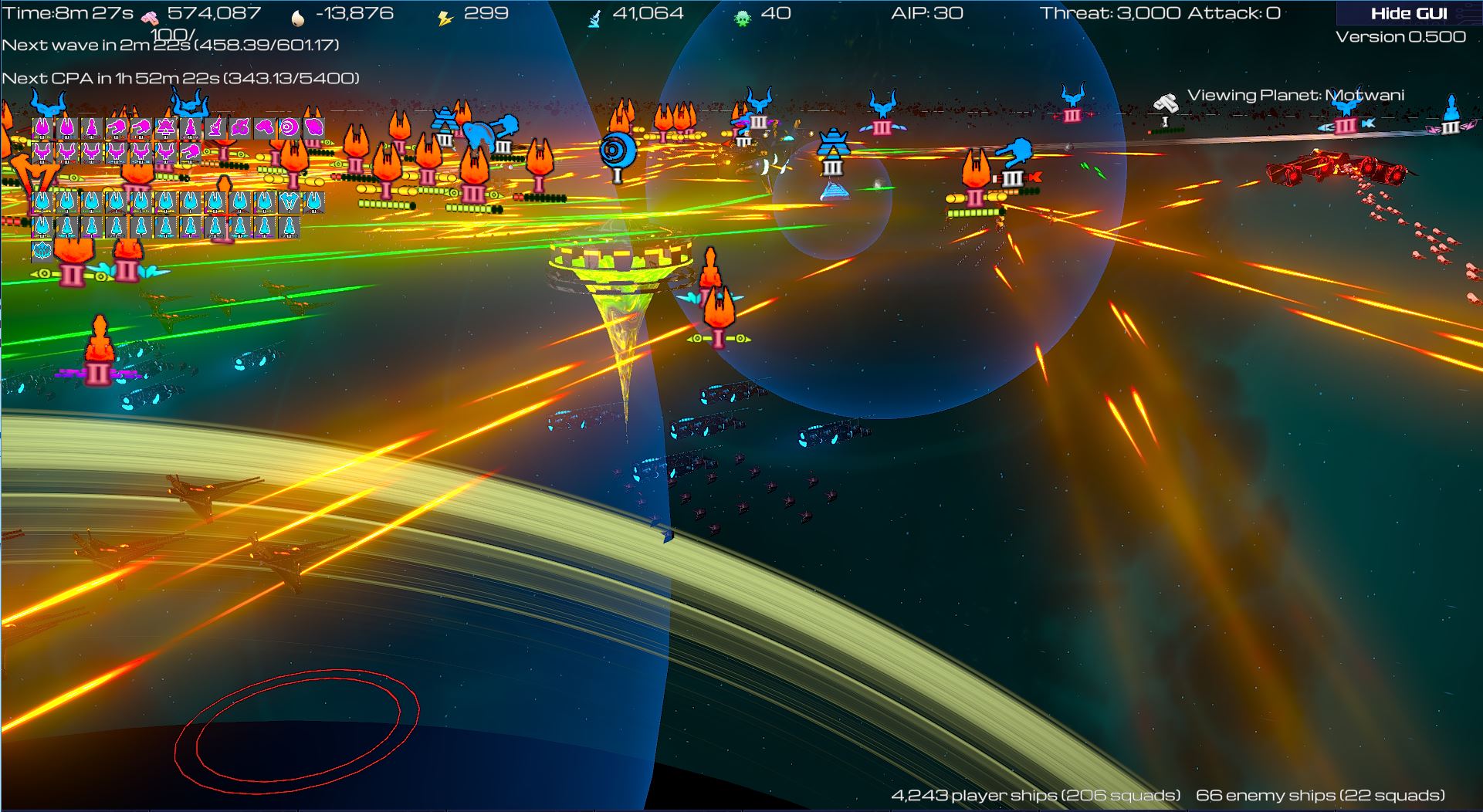 If the temporal effect feels too strong to some folks, then I can easily make that a slider that folks can adjust in the settings, and we can debate what the best default setting would be if this is not it.  For the moment — and I’m too close to this at the moment to speak with any real confidence on the matter — I like how this is looking, though.

Over the next half-week or so, Keith and I are going to be pretty quiet/absent, because of some other-life things that we need to take care of, respectively.  But then after that he’ll be working on the user experience and GUI and so forth, and I’m sure a bunch of mantis reports.  I’ll be working on mantis reports and more sound effects work, and getting the first voice acting in place, etc.