Who says dead bodies and smog can’t be fun? (Stars Beyond Reach Teaser) 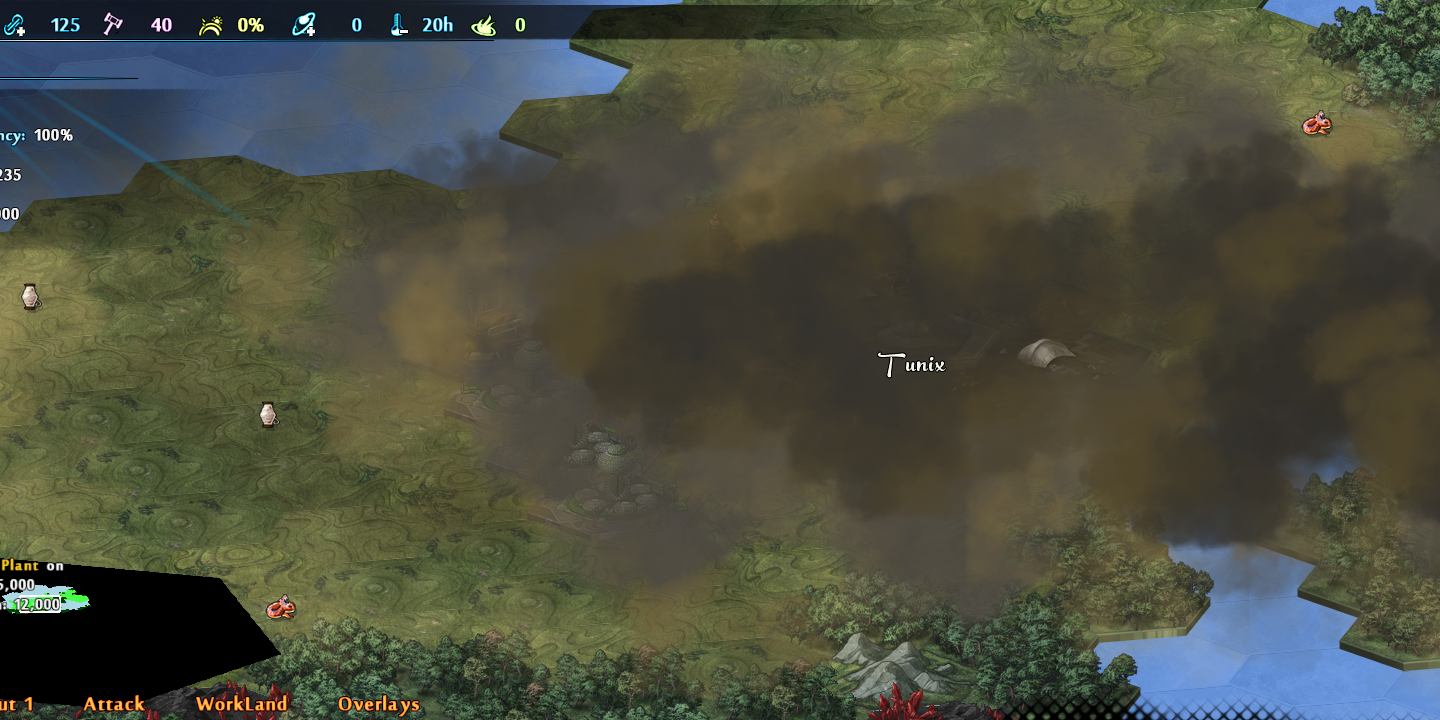 Keith and I were emailing back and forth about some of the design specs for the internal Stars Beyond Reach prototype that we’re working toward having done in the next week-ish. Cemeteries and crematoriums have been a part of the roster of buildings since way back, and I had the design for them in my head for months, but just did get those thoughts on paper as specs yesterday. So this was the conversation:

Keith: The unclaimed-bodies stuff is hilarious. We so need a major diplomatic-web node (or whatever) named “Bring Out Yer Dead!” where the other race, er, “appropriates” the available resources and goes nutso attacking your enemies or something like that.

Me: Hahaha, awesome. 😀 I’ve noted that down in the document for future potential diplomatic superpowers.  I also have plans later for citizens being creeped out by too many unclaimed bodies lying around, but that’s very much a latent-content sort of thing.  And I haven’t quite figured out how it plays in to the rest yet (relating to morale, etc).

Me:  And yeah, I really wanted to have a system where normally you’re not having to think about “body management” or anything, but as soon as there’s some huge battle in a city of yours, even if you win you have all these tons of bodies you suddenly have to deal with. I think my strategy as a player is going to be forming a distant “welcome to scarytown” city that is full of smog and crematoriums and cemeteries and such. Nobody will want to live there, but I’ll make the taxes super low so that at least some people move in. Morale will be horrible, but either I’ll set things up so that crime is squashed with an iron fist, or ship in stuff to make people artificially happy.

For one, it was just a funny sort of exchange that I thought I’d share.  But there’s also quite a bit of teasing-of-features in there.  Also, if you want a (WIP!) screenshot of what the prototype looks like with heavy smog in a city, here you go:

You can click to expand it.  That’s an incredibly extreme example of pollution, because I stacked like 5 really pollution-heavy power plants directly west of my lander.  I then stuck some dense apartment housing down under there just so you can see something peeking out.

Even in my “scarytown” example, I’d be advised to spread out my pollution-producers a bit more.  Teleporter depots can help me do that without having to have lots of filler buildings, so the only real barrier is geography (and teleporter depots, though having a short range, can even let me bridge across small mountain ranges or small bits of water with one city, so that’s fine also.  Even in a terribly scarytown scenario, just to keep efficiency up some and not completely piss off the ecologically-inclined planet inhabitants, I would likely put in a hazmat station or two (those go around and clean up pollution.

Smog blows in the wind in an eastward direction, dispersing north and south slightly.  So you’re advised to put your heavy smog-producers to the east, all else being equal.  Smog also is blocked by mountain ranges, and so will collect along their western side.  Unless you’re doing something really wrong or using a really unorthodox strategy, that’s about the only place you’d see smog this thick (if the western side of those mountains is not near enough to hazmat teams, or the hazmat teams are too busy in the city they actually work for.

Generally smog starts becoming a problem when it is just a light smattering, and it doesn’t really obscure the buildings much.  You’ll see pockets of that here and there even with a hazmat team, because they can only react to smog once it comes out, not prevent it from coming out.

And I know this will be a question, so yes: actually finding your buildings under all that smog if you accidentally do create this much is definitely something that will be made easy. 😉

In related news, all is going really well so far with Stars Beyond Reach’s development.  The implemented game is getting quite robust, though as you can see a lot of the GUI is still very temporary-stand-in right now (but entirely functional, which is what matters for our prototyping purposes — and the artists are working right alongside the programming and design process, this stuff is happening in parallel).  Lots of parts of the art are getting finalized and are looking gorgeous, though, and vast tracts of the programming and design are complete at this point.  The game still has a long way to go before its May release and its February beta, but we currently seem to be pleasantly on schedule.

Our first major milestone is the internal prototype, which we expect to have done by the 16th of December at the latest.  Then a small invitation-based private alpha is something we expect to start sometime in January, most likely.  The next milestone after that will be a public beta where you can try a demo of the latest version for free, or buy the game and get the full beta right away (plus of course the finished product later).

By the time we hit beta, the game is expected to be basically feature-complete aside from likely some small bits and bobs here and there.  But it will be in a far more mature state than any of our other games except AI War, Tidalis, and Bionic Dues were when they hit beta.  The bulk of the beta time will be spent on those things that a lot of times in the past we’ve been forced by financial reasons to do, er, post-1.0.  Plus continuing to improve the interface and refine the art and add extra usability features and tutorials and whatnot to just make everything smoother.

Anyway, that’s the plan at the moment!  I’ll be sharing more tidbits periodically as we head toward the beta.  And once things are to a point where I’m comfortable, probably in January, I’ll start doing periodic video LPs of the game, too.  I’ll definitely be doing some strategy how-tos in both video and written format, because that proved to be such a huge help to people in AI War, I know.  If you can’t tell, I’m super excited about this game. 😉

Here is the official forum thread about this post