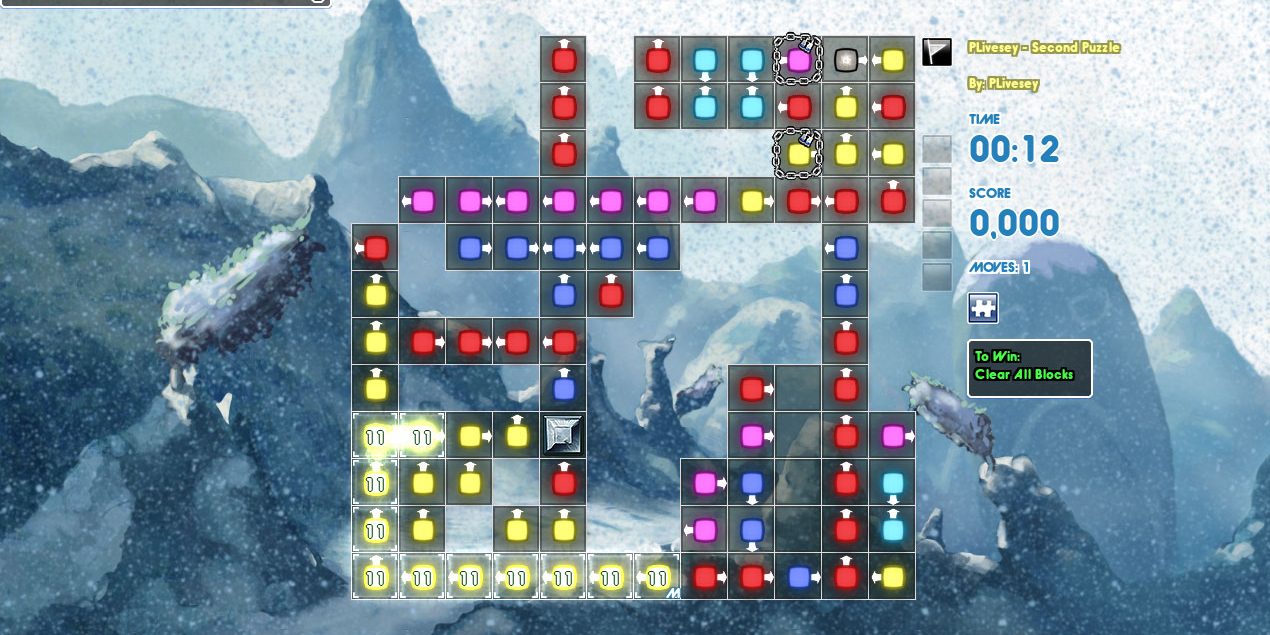 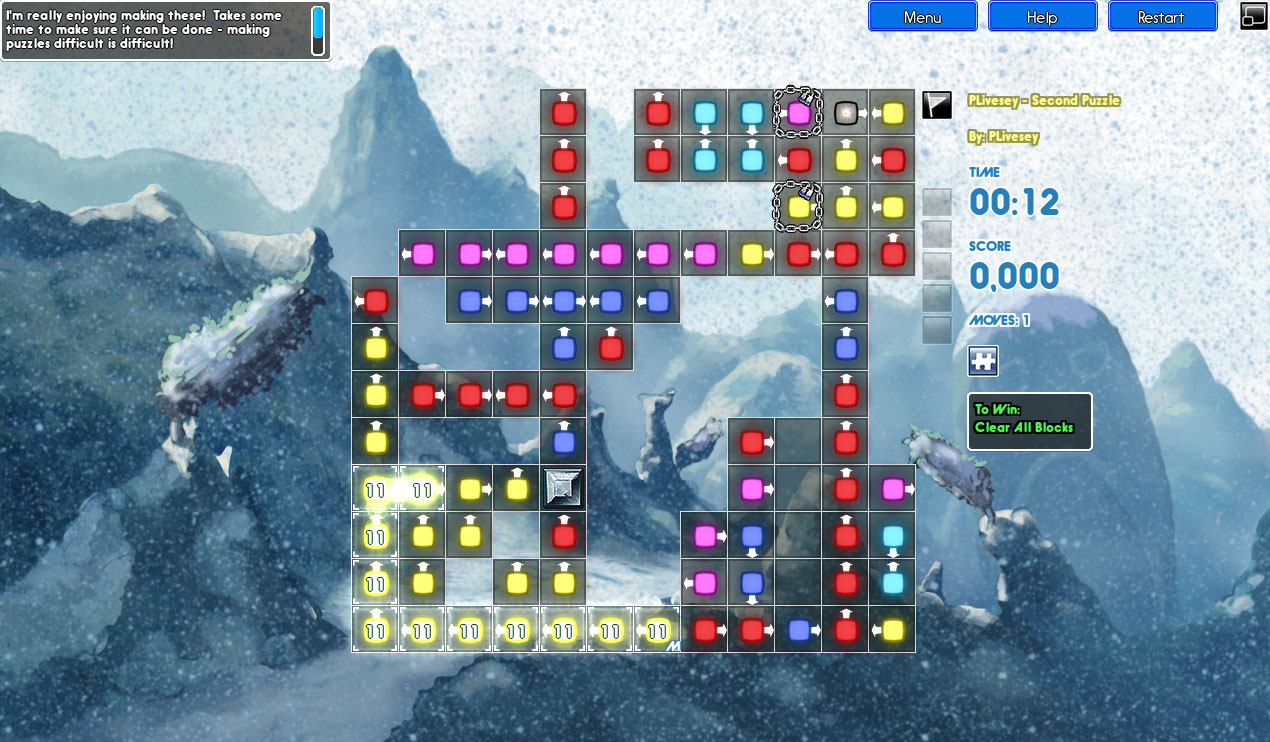 This official release includes a lot of new stuff for players to
enjoy, a lot of it suggested by fans. It adds the new VS – Race
multiplayer ruleset for use against the AI or against other players, as
well as a new Boarded Up block type. It has a lot more flexibility in
what fullscreen resolutions players can use, even if their graphics
card/OS doesn’t report a resolution that they want to use as being
supported. There is also a revamped sound subsystem that lets the game
load faster, play multiple copies of the same sound effect at once
(which sounds much better), and which avoids some issues on OSX.

Also included are 12 new Brainteaser levels created by players, a
new visual block style created by a player, and updated stream graphics
that look a bit fancier. Music tracks also now fade in when starting,
which is a noticeable aural improvement. Aside from the above, this
release has a number of bugfixes and other, more minor player-suggested
tweaks.

Full Installer Links
Don’t yet have Tidalis, or haven’t yet tried the demo?  You can now get the full 1.005 installer from our Download Tidalis page, rather than starting with 1.000 and upgrading after the fact. 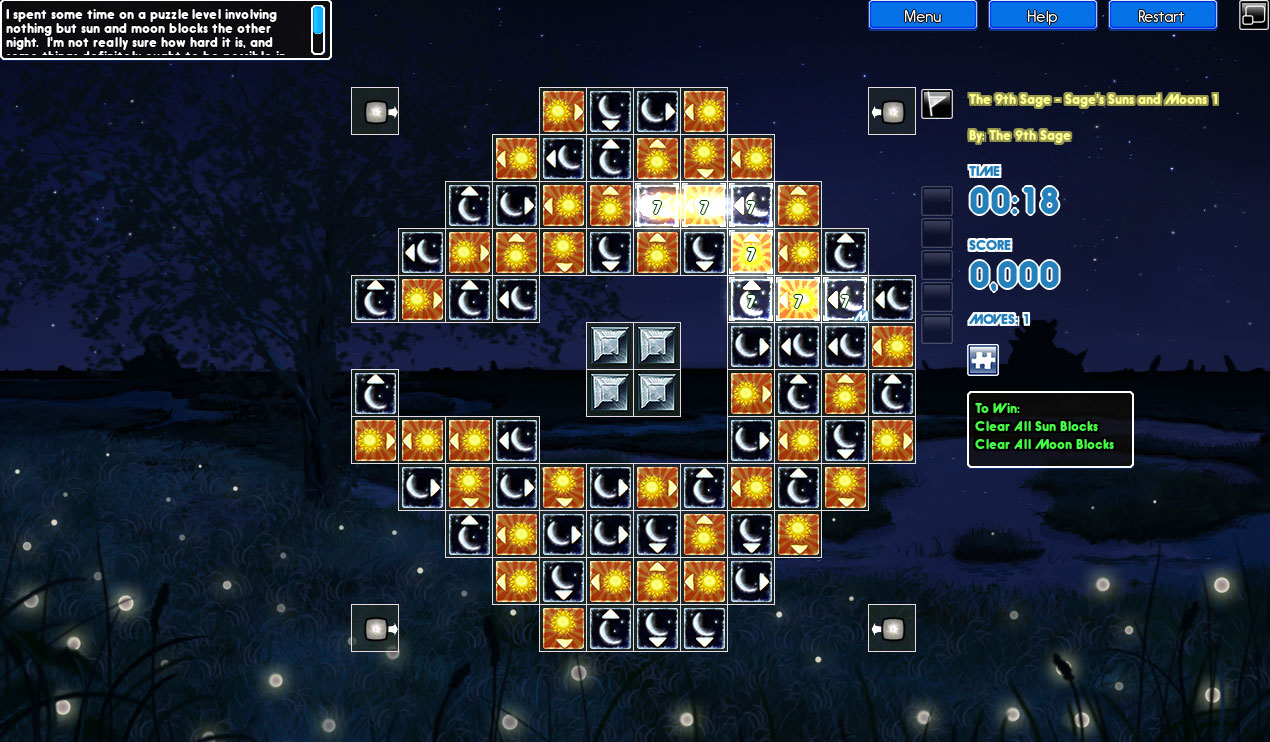 Unfortunately, after the 1.001 version was released it was discovered
that the 1.000 version of the game has a broken download mechanism for
its installer. We ran into this one other time, all the way back at
0.401, so fortunately we have a simple mechanism for dealing with that.
If you simply download and run the manual patch program below for your
operating system (Windows or Mac), then you’ll be all set and future
automatic updates should work just fine.

We apologize for the inconvenience of this — the 1.000 version fixed
a problem with the Mac version of the updater, and unintentionally
introduced this larger problem to both the Windows and Mac versions of
the game.

If you have a copy of the game from Steam or Impulse, no worries — the automatic updaters that are native to those platforms will take care of you.  In fact, with them you don’t need to worry about manual patching at all unless you want betas in advance of when the cumulative official release comes out.