The A Valley Without Wind Design Process (And “Where Have The Videos Been?”)

You are here:
Game DesignProgramming

Our Design Process For Tidalis
Lars Bull and I collaborated so much on Tidalis (and actually, Keith, Pablo Vega, and Phillipe Chabot were all in on the design discussions on Tidalis, too).

Anyway, the core design of Tidalis was a lot simpler, and at the early stages of that game I was doing all the programming, so we could just prototype the latest idea from whoever and see if it was fun.  And given that it’s a puzzle game with a bunch of modes, plenty of the modes didn’t impact other modes.

Our biggest design challenges on an ongoing basis all had to do with the intricacies of physics in the game and how they affected the advanced brainteasers — and all that pretty much fell to Lars to calculate and tell us what to do to get it right, because personally I wasn’t skilled enough at the brainteasers to do the advanced ones, anyway.  I preferred the action modes.

Our Design Process For Light of the Spire

Light of the Spire was our most recent expansion for AI War, and Keith and I both divided up the design and programming about equally here (and, as with AVWW, I did all the art for that expansion).  The thing about LotS was that it was a sprawling expansion adding new content and features onto an already-massive game.

Thus for the bulk of our working time, Keith was able to take the Fallen Spire campaign and a few other related components, and I was able to take pretty much everything else.  It was an even divide of work, and by the end of the development cycle we then both worked on bugfixes and balance for the expansion as a whole, though I also pretty much kept my nose out of Fallen Spire (as I kept my nose out of the Hybrid Hives from Children of Neinzul, which were also Keith’s thing).  It worked out well.


Our Design Process for A Valley Without Wind
Coming into AVWW, there was a ton more to do design-wise than we’d had to cope with since I was working solo on the design for AI War.  Not only is AVWW as large as AI War or larger, depending on how you look at it, but it’s also all quite interrelated.

For many months before we even started coding, Keith and I had been having these longwinded design emails and IM chat sessions back and forth, hashing out what the game might be like, and which ideas we liked and didn’t that occurred to one or the other of us.  That worked out very well, because with one person it’s hard to know if your ideas are any good until you try them (which led to a 6 month private alpha for AI War), but with two people you can eliminate a lot of mediocre ideas without even having to try them.

Of course, a lot of things that we were able to broadly design in advance, we still had to design the specifics of when it came time to implementation.  The leveling system is all very well and good in concept, but when you get right down to it, how many enemies should you need to kill to level up on average?  How many enemy kills correspond to finding one “point of interest” in terms of EXP gain?  And a million other little questions like that.

In the past with something like AI War, my process was to think it all out on my own, possibly talk to my wife about the really tricky ones and see what she thought, and then implement it into the prototype and see if it made any sense in practice.  Sometimes things did, sometimes things didn’t, but it was a slow process.  AI War 1.0 was vastly smaller than AVWW 1.0 is going to be.

So… Where Have The Videos Been?
Working with Keith saves a ton of time of prototyping ideas that won’t make it into the final product (not that we’ll do none of that, but we’ll at least do a lot less).  But at the same time, all those IM chats and emails are time consuming in and of themselves.  Hugely productive, but when we hit a major new set of things that are all interrelated and which need a lot of design all at once, this tends to suck up enough time that programming and art lag behind.

It’s still a huge savings to the project timeline in general, but it means that we have less to visually show when we hit one of those stages.  That’s pretty much the stage we were at before we showed any videos or screens for the game, because we had to design everything fresh then.

Then for four or five weeks we were showing screens and videos pretty consistently, because we were riding off that last round of design and the amount of major things in the game that we had to define all at once were pretty low, comparably speaking.  Even so, I was thinking about dropping the frequency of at least the videos to biweekly, because the press seemed to be getting less interested in weekly press releases, and each set of videos/screens/diary takes me about 4-6 hours out of my week to do, and that’s quite a heavy “time tax” to incur weekly.

But suddenly it’s been three weeks since our last video, and that was totally not something I’d intended to do.  The chief reason it’s been so long is that we hit another one of those “major nests of design questions that need to be answered before proceeding,” and that was paired with a huge amount of new non-visual programming work that we did in that same period.

The net result is that the game is incredibly further along towards alpha than it was last time I posted, but of course that’s to be expected for three more weeks of development.  The other result is that, visually, it’s not as far changed as you might expect for three weeks of time, because the bulk of my effort has been on design and programming rather than the art.  There is some new cool visual stuff, but not as much as there has been in other similar stretches of time.  Next week that’s going to flip-flop, and I’m really going to be cranking through the art while doing very little programming, so it’s just something that comes in fits and spurts. 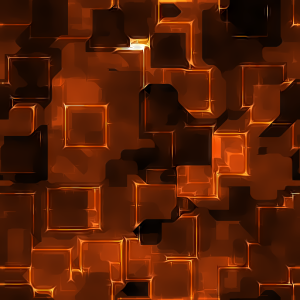 When Is The Next Video?
Later today, along with new screens and an actual description of all the stuff we’ve been working on!  I figured I’d go ahead and make this post first, though, rather than clutter up the other post with this info.  Stay tuned!