Stars Beyond Reach Beta Approaches! Have some screenshots. :) 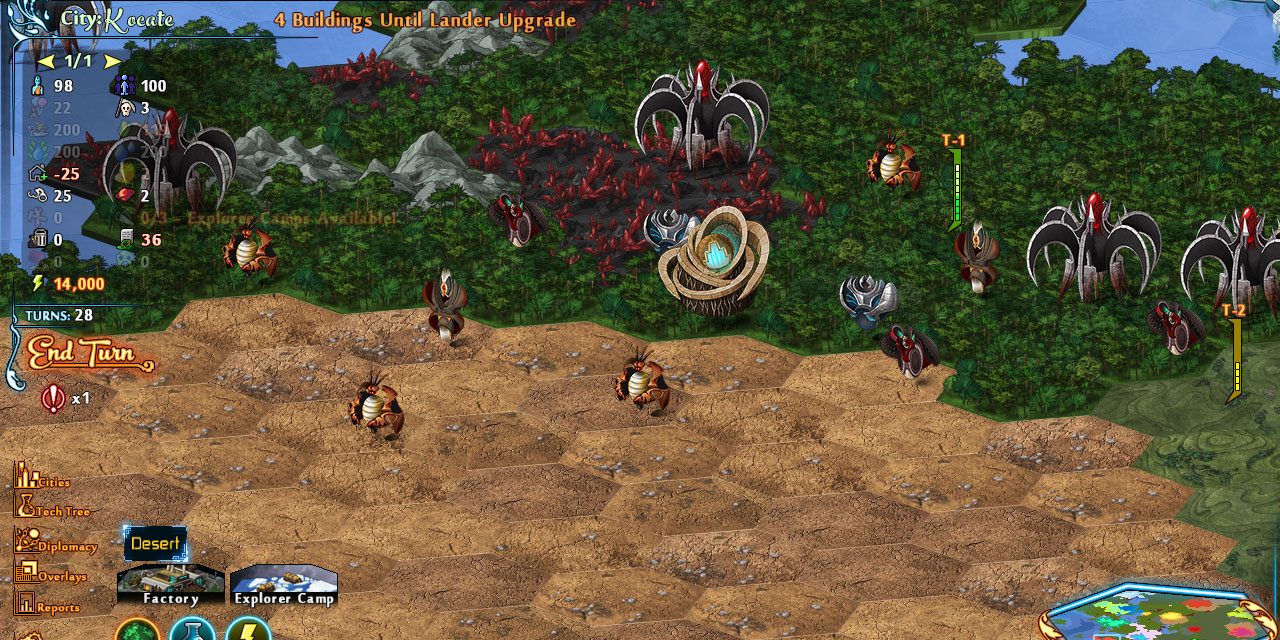 How did you enjoy our accidental pre-April-Fool’s day prank on ourselves?  I’m not really a fan of how the internet turns into a big pile of mostly-unfunny jokes one day out of the year, but this time the joke was unintentional and on ourselves.  Gremlins with the servers!

Anyway, it’s been a while since my last Stars Beyond Reach update, and I apologize for that.  It’s been a big struggle to get things ready for beta.  We now have another week to go and then we’ll start the beta on the 13th or VERY close to that.  The full release of the game is planned for June 5th.

I have a lot to do next week to get the beta ready for those who will be in it (balance stuff, documenting stuff that I understand but that you won’t without more text than “~*~”, and so on).  Until the last couple of days, the game didn’t have any sound, and prior to that the combat animations and visual feedback in general was… very rough.  It was one of those things that we could test but it would make no sense to anyone else.  The completion of those two things were my big tasks for this past week, and it went really well.  I’m quite pleased with how that turned out.

In other news, the graphics are coming along to the point where the main non-HUD parts of the game are getting very finalized.  We’re super excited about that.  You may know that the AI-controlled races use different buildings (both on the surface and underground) compared to what you as the player get to use.  The set of buildings you use as a player are larger, and consistent regardless of which of the 8 playable races you choose to be (but which race you choose affects many other things).  Anyway, I thought you might enjoy seeing the surface building graphics (some of them, anyhow) for 9 out of the 14 total races (click for fullsize): 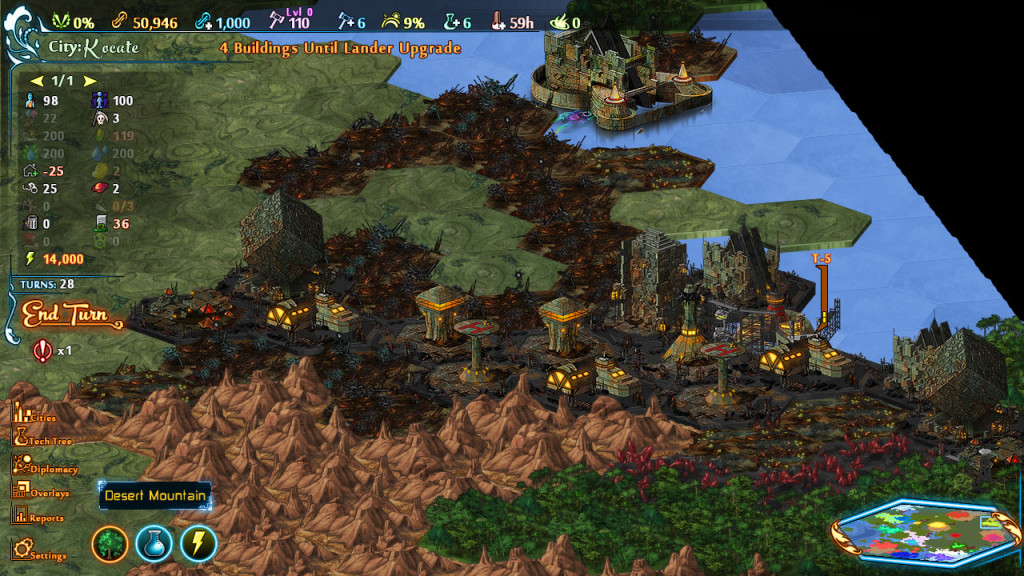 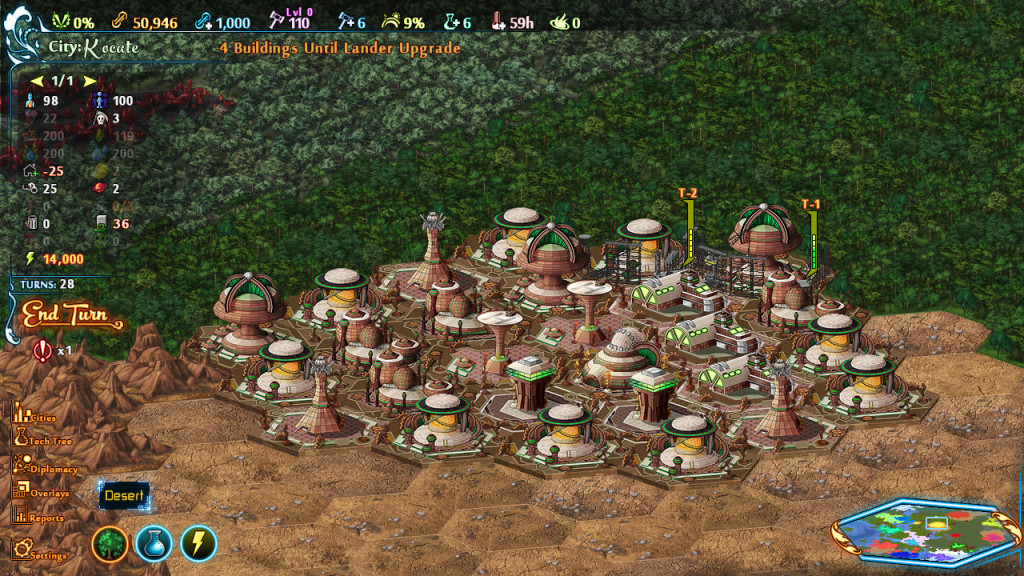 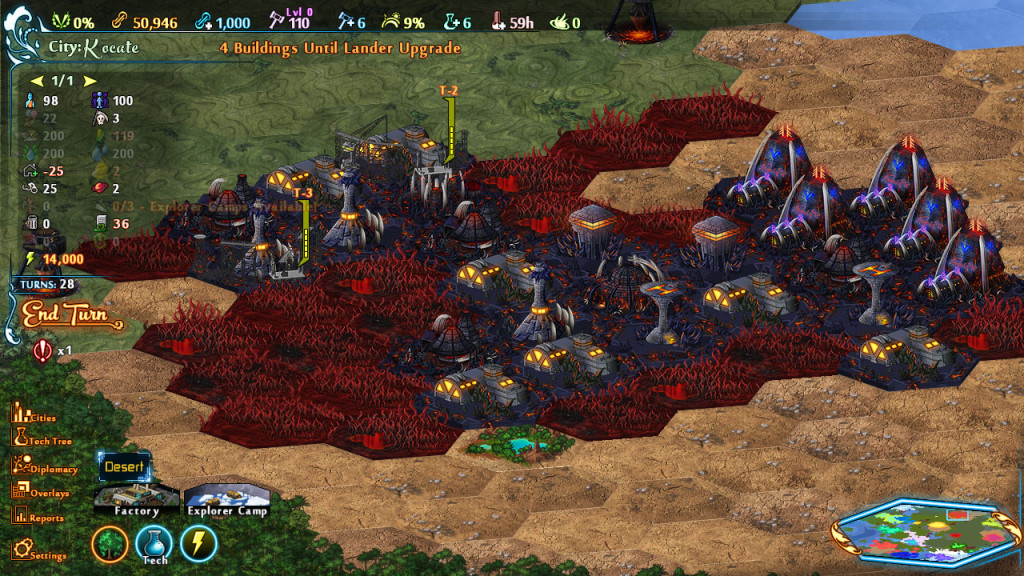 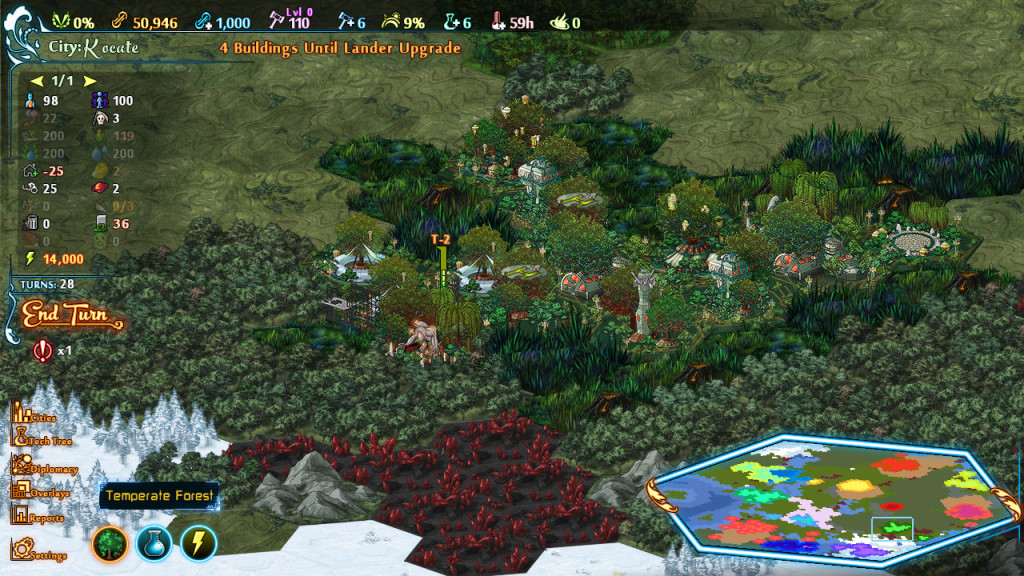 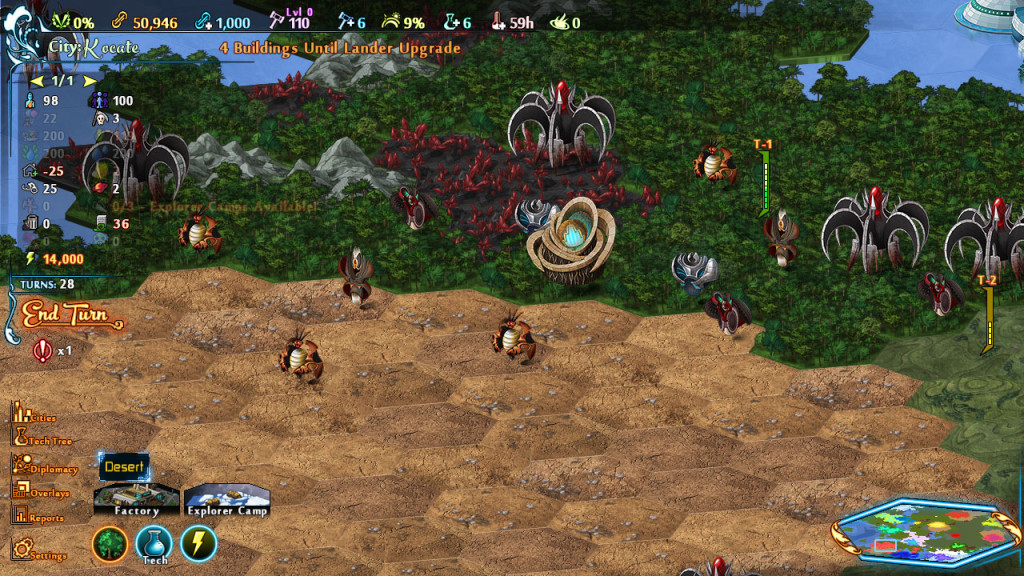 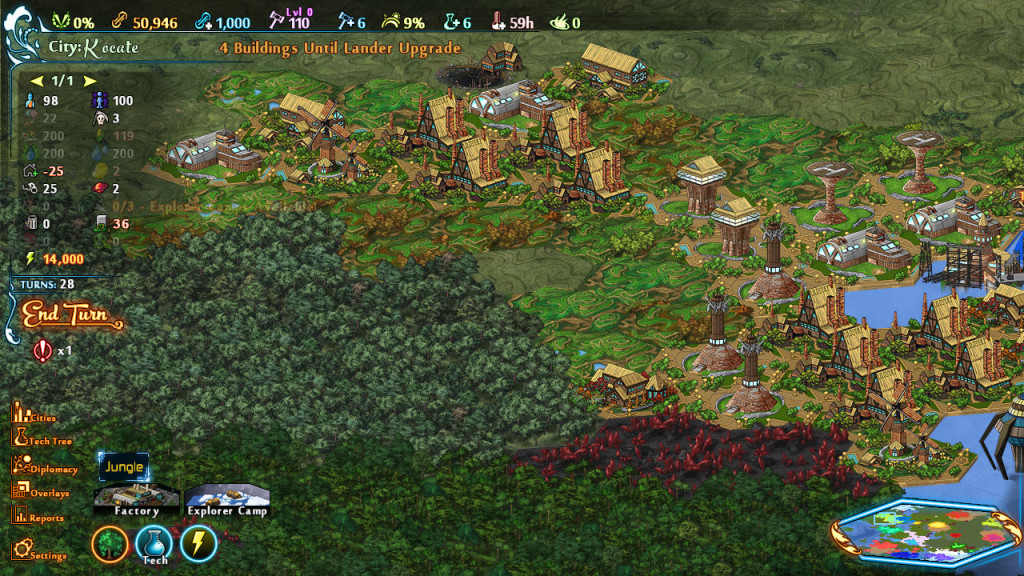 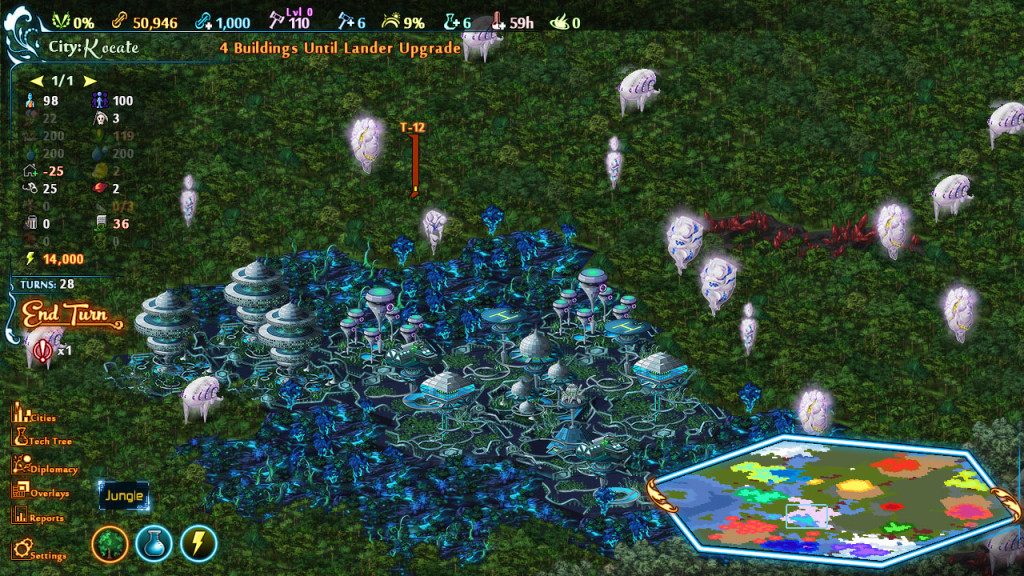 Above: Skylaxians in the middle, Spire floating around them. 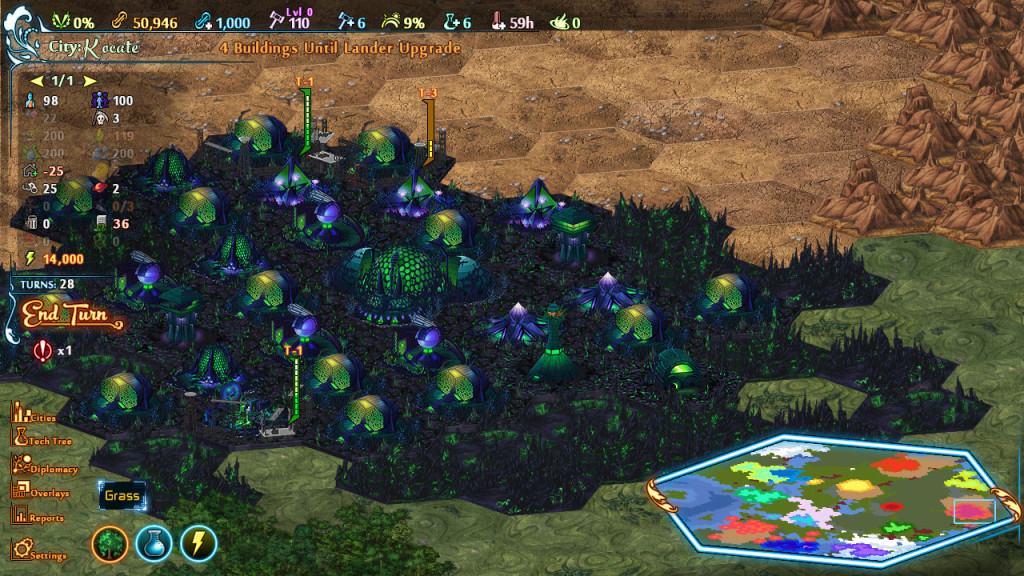 What About The Beta?

I haven’t officially asked for beta signups yet, but we already had 40-some people preemptively volunteer.  Which is awesome!  I wanted to see who came out first without me asking, but at this point we’re now asking: if you want to be added to the list of future beta players, please feel free to post on the forums here.

Give Me Video, Fool!

There is some footage coming next week in a teaser video that’s about a minute long.  We’ll also be releasing part one of a three-part set of video shorts set in the game universe.  Thanks for your patience!

Have a great weekend, everybody.