You are here:
Shattered HavenTidalis 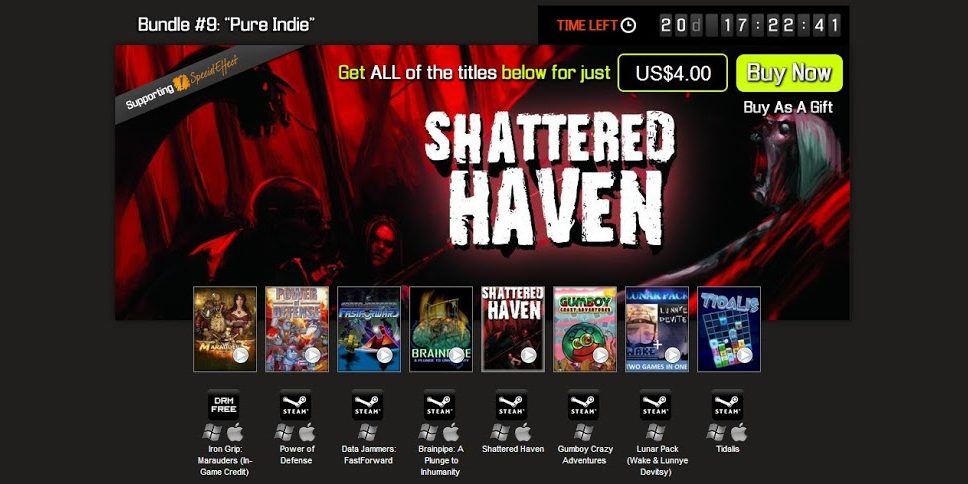 While I can’t speak to the rest of the games in the package (as I haven’t played them myself), the total price tag represents a savings of $11 for the pair of Arcen titles alone. Don’t wait to jump on the offer if it looks up your alley — the deal, as is standard with this type of promotion, only runs for a limited time.

Elsewhere Around the Arcen Compound
To paraphrase how the guys on IndieDB put it: Skyward Collapse 1.4 — An update so big, it has its own beta. A couple of beta patches have hit since, with the latest version introducing a pair of new defensive features.

Not to be outdone, AI War has received a weighty beta update of its own. The first significant patch since 7.0 launched last month begins tackling work on the winner of the “Big Items For 8.0” poll, among other items.

Lastly, we revealed a bit more info on our next full tittle. For those who didn’t catch Chris’s mention of it: Bionic Dues is “a turn-based tactical… kind of roguelike-ish… strategic… thing,” currently scheduled for a beta in late August or early September and 1.0 in October. We’ll have some more substantial updates on it as we progress closer to those dates — including one I’m particularly excited about.