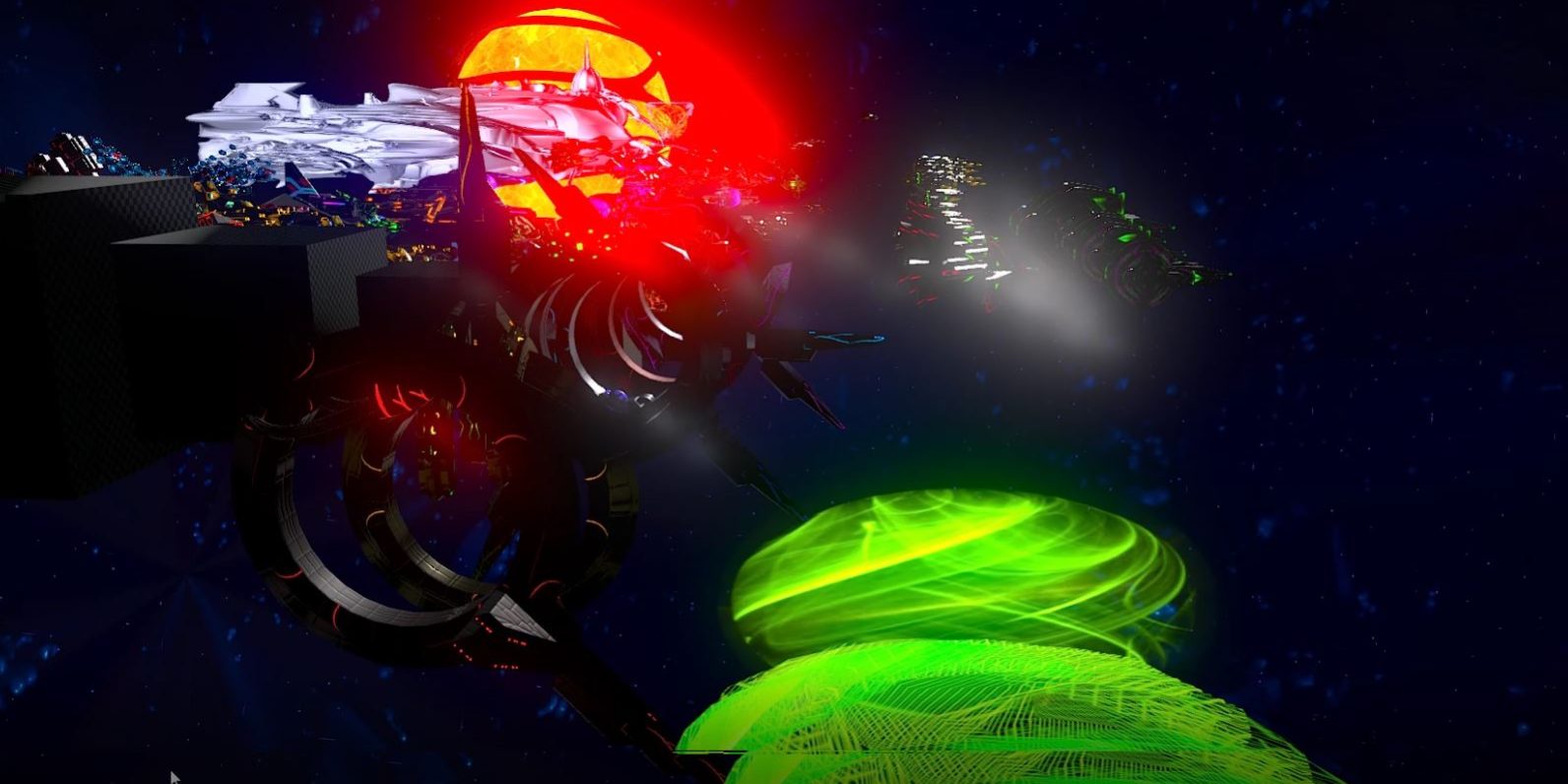 Chris and Keith here! Apologies for not having made any kickstarter updates since June, good grief. We’ve had daily or weekly interactions and updates on our forums, blog, youtube dev diary, and release notes pages for anyone who wanted the full firehose info dump, but that’s no excuse.

Let’s get to the toughest topic first. We had originally planned to have an Early Access release on Steam in May, and then a 1.0 release of the game this month, October. As you are no doubt guessing, a 1.0 release this month is not in the cards.

With the Early Access launch-pushback in May, we went ahead and gave out the keys to all of the early access backers at that time, even though the game wasn’t available for purchase on Steam yet. We’re going to do the same thing with the “launch” backers: we’ll have your keys to you later this month, even though the game isn’t in a launch state and won’t be launch on Steam just yet.

In both cases, you’re still getting your key when we said… but, well, the game is not in the state that you would want just yet. So at best that’s a half-kept promise. Obviously schedule slippage is not exactly uncommon with kickstarters or game development in general, but we are still very sorry about that.

Where We Are Right Now

(The GUI is being gradually blocked out and iterated-on in that fashion before being made pretty.)

During the next two months, more or less through December 6th, there’s going to be a flurry of extra work going on to try to get the game to a point where all of the AI War Classic enthusiasts are able to come to the new game and feel both somewhat at-home as well as like they’re in the next era of the game.

Exactly what that means is a bit unclear at this point, but we know it focuses on usability, balance, the interface, and possibly tutorials. The reason for the lack of clarity is that there’s a big back-and-forth between us and you in this section — this is a huge game, and so we need feedback on things that are unclear or break balance, and then we’ll respond to those items, and repeat.

There are a number of things we already have planned to work on through the early part of October prior to us releasing the “launch” Steam keys, and then after that point we hope we’ll see an uptick in the number of people who are giving us feedback.

After the December 6th date, or thereabouts, we hope to have things in a state where a LOT more people are comfortable jumping onboard and testing and giving us feedback.

Right now feedback has been really limited to only coming from a few people, largely because the game has been too unapproachable and too unbalanced. So that’s on us.

But we just absolutely cannot go to launch, or even to giving out press previews, with that little feedback. Our goal is to get our side of things to where we can start getting your feedback — from more and more of you — while at the same time seeing more and more of you enjoying simply playing the game without having major complaints.

Once the new year rolls around and we’re into 2018, hopefully we’re pretty close to where things are so polished that we can start handing out keys to the press and getting some previews. We don’t know if that will be at the start of January, or later into that month, but either way the goal is sometime in this time period.

At this point in time, when we start sending out press keys we plan to disable our backerkit preorders store and our paypal preorders. This is also likely when the “Coming Soon” page on Steam will go live, although we might conceivably do that in December.

This period might start sometime in January, if things are going really well, but either way it bleeds into February. Basically this is the “press review period.”

During this time we’re not taking any new sales for the game, and press are able to play and review the game. We hope that you folks are also playing the game and enjoying it and giving us feedback on how to make it better during this time so that we can apply some final polish to it prior to launch.

This time period is pretty critical for a number of reasons. Firstly, it gives press a chance to have reviews ready for launch, which can help a lot with purchase decisions. Secondly, it gives the game time to “settle” and hopefully have a lot fewer changes required despite a lot of backers playing it.

Thirdly, it gives a period of exclusivity where only backers and the press are able to actually get the game. People have an increased desire for things that they cannot have, and the press prefers writing about things that the general public cannot yet have, so we wind up with this funky period because human psychology is what it is. Hopefully this doesn’t feel manipulative to you, but we’re being upfront about why we’re doing this — basically it will increase the strength of our launch week (which is critical) and the number of reviewers who will play it during this month (also critical).

Obviously these dates get less certain as time goes out further, but the idea is that about a month after the press gets their hands on the game, we launch the 1.0 on Steam.

The exact day will partly be determined by what is going on with other game releases by other developers, what conferences and conventions are in that time period, what store-wide sales might stomp our launch, and so on. We won’t have visibility on what the exact ideal release date is until probably 6 weeks prior to choosing the day; and even then we might need to shift the day forward or back a week or so because of something else in the market that comes up.

Speaking of the importance of a good launch week, one of the things we’re going to need to do is have the traditional 10% launch discount for the first 7 days. This is potentially contentious, because that’s a $2 discount that all of our existing launch backers (early birds aside) are not getting.

If this is something that angers anybody to a huge degree, then Chris will refund the $2 discount to those individuals out of his own pocket. So please put away your pitchforks. 😉

That said, I think we all have the same vested interest in seeing this game do well and go on to have lots of post-launch support (which require sales to fund), and expansions, and so on. Basically we all want to see the same sort of arc that AI War Classic had, I think?

The market is a lot more hostile now than it was in 2009, however, and the launch weeks are more and more critical to having any sort of momentum. The more we’ve looked at the data and talked to other indies, the more it has become clear what a problem it would be to not have a good leadup to launch (that month with the press), or not have a launch week discount that buyers have come to expect.

The backers and preorder customers here are the customers who have made this game possible in the first place, and so the 10% launch discount can really stick in the craw of some people when situations like this occur. We’ve witnessed the backlash against certain other games and developers when a development like that comes up out of the blue, which is why we’re telling you now, way in advance, and offering that $2 refund to non-earlybird launch backers if anyone is angry enough to take us up on that.

THAT said, in general we’ve been taking the approach that Prison Architect did, where “you pay more if you buy earlier,” which is counterintuitive in a lot of ways, but something that we’ve talked about the mechanics of with backers for a year or so now. Obviously the alpha and early access tier backers paid a whole heck of a lot more than the launch folks did, and those backers both help to support this game getting made at all, as well as having the game earlier and being able to influence the game’s design from an earlier stage.

We could go on at length about this particular topic, and we feel guilty about that as well as about the general schedule slippage here, but hopefully you read our reasoning and it makes sense — particularly if you’ve been watching the PC market as a whole lately.

(The above image is a good example of us still needing to do some work on the post-processing pipeline, although it’s already much better than that as of today’s release of 0.522.)

There are a variety of backer rewards in a variety of states of completion right now. For practical reasons, it’s pretty much breaking down like this:

Hopefully that covers the questions of where we are, where we’re headed, and why. The blogs and dev diaries and release notes show where we’ve been recently. Again we apologize about the delay, but we’re doing our best to mitigate its impact on you, and are feeling good about how it will impact the project as a whole.

As always: any questions, please let us know!