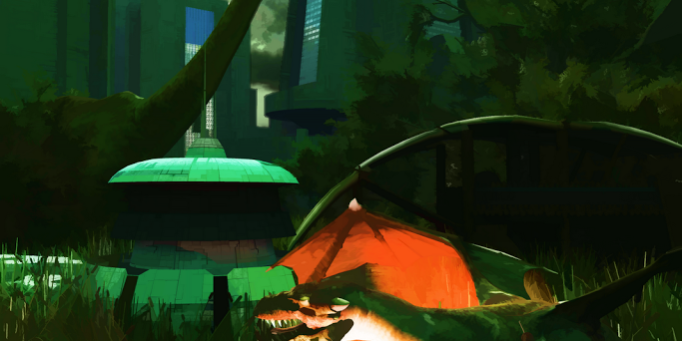 Most of the work today was design work for the actual game, so don’t worry that all we’re doing these days is concept art.  Some pretty major stuff should be coming this week!