No Multiplayer For Stars Beyond Reach. 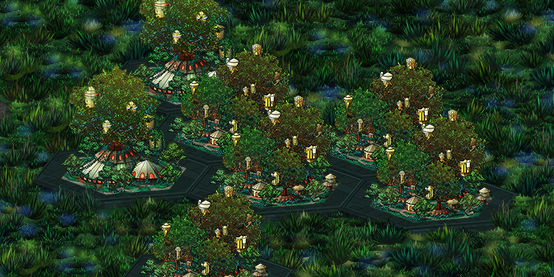 Some things that I’ve been thinking about regarding Stars Beyond Reach, adapted from an email I originally sent to Keith.

In my testing at the moment, despite all the early-alpha things that either Keith or I need to fix up before we bring in more players (ETA still hopefully the start of March), I’m finding that quite fun as it is. The turns are a lot more granular than I expected, which is going to be a big problem for multiplayer, though. That’s really the biggest issue I’ve seen. But the early game is always that way even with Civ, and once diplomacy is integrated (we’re working on that now), I think that will change a lot. That will take some substantial balance work, but it’s all a numbers game at that point.

It’s not remotely ready for other players yet, but it’s come a long way since the last time I was testing seriously, and even since last night the fun factor jumped up a ton. It’s quite a fun game, really, and I’m itching to play more of it. The diplomacy stuff, too — that’s not just throwing a certain segment of the playerbase a bone. It’s actually something that I legitimately enjoy. 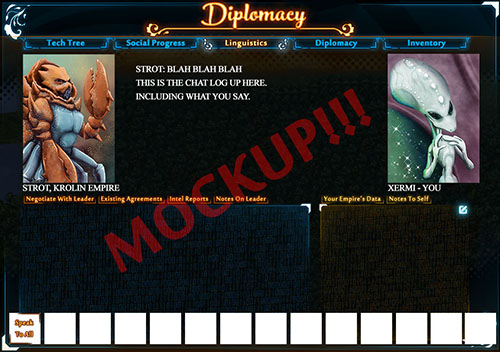 One thing that is really telling, though, is that I’m not looking forward to playing multiplayer at all. It’s really fun by myself, but I moderately dread playing with my dad or my wife. I feel that way with Civ as well, frankly, which is why we stopped playing those together. I’d wind up literally reading a book during a lot of turns while I was waiting for others to finish their turns. Something that had a huge “one more turn” grip on me in single player instead felt frustrating and slow in multiplayer. I remember when I was first learning how to drive stick shift on a car, and I kept stalling it out in traffic on the highway. I love stick shifts now, so that analogy only goes so far, but playing multiplayer Civ with people who play at a different speed than me is like being back out there trying to learn stick shift in a traffic jam. Urgh.

This game avoids the problem of too much going on with the units being moved around, which was one of the big problems with Civ. But this game has a whole new problem that is possibly worse: the SimCity style of “leave things still for a while in order to plan, then make a bunch of decisions, then speed through the next while.” I wind up with a random turn taking me a long time, and then literally clicking through several more turns with a second or two pause on each one, max. It feels very SimCity-like, and that’s how it should feel. It’s extremely appropriate…

Except in multiplayer. I’m not sure what to do about that. :/

The recent-SimCity approach to multiplayer is pretty fun in a lot of respects, and could work. Neighboring cities and all that. This game could easily sustain having individual game worlds share resources or whatever but not share turn times (just like neighboring cities in SimCity don’t share time flow — it’s 1910 in one and 2005 in another and paused in 2056 in another).

But then we’re back to that whole alone together idea. It could be fun, but it would definitely be strange. A lot of people would chafe at that, and likely call us out for “not having REAL multiplayer” despite “advertising” it. And actually having real multiplayer isn’t a problem, per se — we’ve been designing it with that in mind from the get-go. We could do Civ-style multiplayer without issue. Except that I don’t think it would be fun.

I’m also not keen on the amount of time that’s likely to suck Keith away from programming work on the main game while I’m piling up bugs and other code requests for him. That’s going to create tension in the schedule and probably hurt the overall game quality. That’s my biggest schedule concern.

It may be that multiplayer simply needs to be cut, and possibly released separately as an update or something. Kind of like what Don’t Starve Together (which is incredibly fun) has done for Don’t Starve. I don’t know.

Or multiplayer may just be something that has to be tossed out for the foreseeable future, possibly forever. It’ the only real rat-hole that has me concerned at the moment. This is a really fun game, but if people come to it in multiplayer I can’t imagine them finding it nearly so much so. AI War is enhanced by having multiple players, as none of the others hold you back at all. It’s sooo much fun in multiplayer. But the multiplayer experience here makes the game WORSE, not better, which I think is also true of Civ. It’s kind of a “we know you want to play together, so here’s the best we can do because the concept of this genre simply isn’t built around that.”

This is really frustrating for me, because it goes against my core beliefs about co-op. 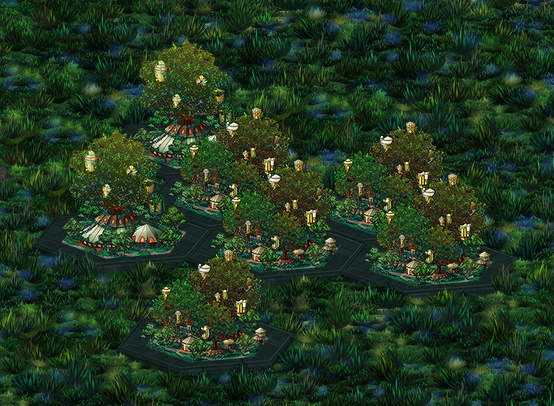 That said, I wear a lot of hats at Arcen, and it’s my responsibility to think with all of them. So let’s:

Business Owner Hat: “You mean there’s one feature that might suck up tons of time and money, and possibly delay things? It also might give players frustration when they try to use that feature, rather than pleasure? That’s an obvious thing to cut.”

Project Manager Hat: “This needs to keep on schedule while keeping an eye toward quality. The biggest threat to quality is embarking on ‘vision quest’ features that simply are out of scope. Right now the only feature that fits that description is this one.”

Sales Hat: “It’s true that a lot of people like multiplayer in games, but based on data that we have on hand, not a lot of people actually use it in our games. And from what we can tell, in strategy games as a whole, based on data we have from other sources. There are certainly huge online communities around multiplayer in some strategy games, but even with them that’s a fraction of the total sales for those games — there’s a huge majority of solo players in every case. The games with the largest online communities have even higher sales numbers of total units sold but who never go online. So this isn’t something that is going to hamstring us sales-wise, even though it’s likely to frustrate some customers. Seems like a safe thing to cut, particularly if a botched implementation of this could hurt public sentiment toward the game in general.”

Game Designer Hat: “I really can’t see any good way around this problem. Either I’m having to sacrifice things that make the solo experience very fun, or multiplayer is going to have a lot of frustrations in any situation where all the players don’t play at approximately the same speed at all times. If all players make decisions at the same rate, and that’s a very fast rate, then we have no problems here — the actual game design will support that brilliantly. The sole problem here is the awful, awful waiting when someone takes time to look at data and mull, or talk to an alien for a bit to find out stuff or negotiate a deal or whatever. It’s not fun being the one having to wait, and it’s also not fun being the one who feels pressured into rushing because the other one is waiting.”

Programmer Hat: “There are actually some things that we’re having to avoid doing in order to be multiplayer-safe. Some of those are optimizations that would actually speed up the late-game between-turns work IF there are AIs doing a lot of attacks out of your viewport but in explored area. In multiplayer we can’t really shortcircuit that, but in purely-solo we could. There are also some visual things that we could also probably do slightly better without multiplayer, and a few other things as well.”

Artist Hat: “Makes no difference to me.”

Sound Designer Hat: “Me either.”

Support Hat: “For the most part, ditto here. Though people having constant problems with port forwarding and whatnot is something that is always nice to avoid, it’s not exactly new territory.”

Keith Pops By: “Multiplayer is always a rat hole ;)”

Back To Me: “This really, really stinks guys.  I just adore co-op, and at one point I was super looking forward to playing this with both my wife and dad.  But that’s self-indulgent on my part, no longer super relevant, and in general gets in the way of the greater good of the game.  You know, that whole kill your darlings bit of advice.  It seems unfortunately clear that that’s what we need to do here.” 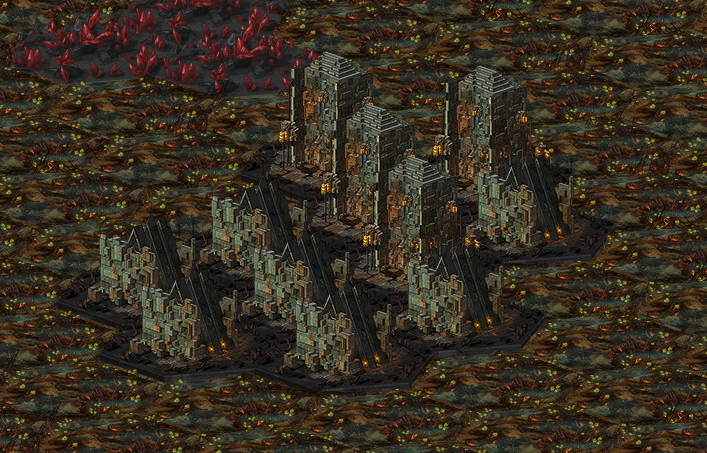 I’m unhappy about this decision that I’ve had to make, but at least you can see the rationale behind it above.  If the game does well and there is a solution that presents itself, then we might explore making that a post-release addition.  But I’m definitely not in a position to promise that, and this is a problem I’ve noodled on for various games for several years now, in various forms.  I have yet to find a solution, and I’m not aware of any other games that have solved it in a way that I find all that fun either.

But on a brighter note!  I’m having loads of fun with the game, and it’s coming along really well.  I can’t wait to start sharing more of it with you.